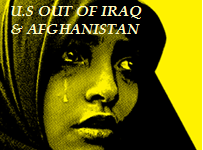 Despite intimidation from Police in LA, San Francisco, and Washington, DC,  the PEACE demonstrations on Saturday, 20 March to demand “U.S. Out of Afghanistan and Iraq Now” have been endorsed by over 1,500 organizations and individuals. Suppression of dissent regardless if it comes from the Bush or Obama administration, the LAPD, SFPD, DCPD, Capital or Park Police is not going to discourage dissent.

Here is what leaders of some of the organizations that are mobilizing have to say: 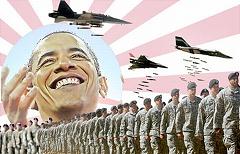 The PEACE demonstrations on Saturday, 20 March to demand “U.S. Out of Afghanistan and Iraq Now” has been endorsed by over 1,500 organizations and individuals.

Whether it is President Bush or Obama, when it comes to war and occupation, there’s no difference. It’s the same soup, just a different bowl. The U.S. government is still engaged in a war of empire and occupation. It wages a war against Muslims abroad and at home. The government spends billions of dollars dropping smart bombs on dumb missions, while the

Muslims must unite with those who resist oppression and love freedom and justice. Our strength is in our unity and our resistance. Therefore, we march. – Mahdi Bray Executive Director, Muslim American Society

The National Council of Arab Americans (NCA), a fundamental constituent of the anti-war movement, in alignment with other coalition partners, are drawing attention to the massive shift of resources from development and fighting poverty to fund useless wars and destruction. Irrespective of who’s in the White House, the policies have proven to be identical in maintaining a hegemonistic empire. Our

community, in particular, is subjected to harsh profiling and alienation policies; but remains determined to fight the source of injustice. …We call on our Arab-American community, and their friends, to mobilize on March 20th denouncing wars and shifting dire resources, and to tear down the wall of fear and intimidation. – Mounzer Sleiman
Vice Chair, NCA 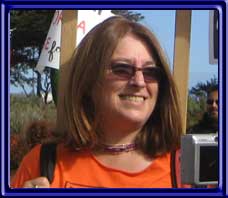 Visible protest—marching to stop the crimes of our government—makes a difference because we show what we won’t accept, and we learn what we’re up against. These wars are not legitimate. People around the world must see that we don’t support them, and know that to us, American lives are not more important than their own. Join World Can’t Wait Saturday March 20 in protest! – Debra Sweet National Coordinator, World Can’t Wait 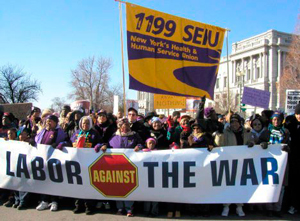 Labor organizations and unions are joining with thousands of others who will be marching on Washington, D.C., on Saturday, March 20.

The United Steelworkers (USW) are sponsoring a bus to D.C. leaving from their headquarters in downtown Pittsburgh. Dan Kovalik, the senior associate general counsel for USW, said:

“The USW will be sending a bus of protesters from its headquarters in Pittsburgh to the March 20 demonstration for peace. The time is long overdue that our nation’s resources be spent on real health care reform, a social safety net and job creation rather than on weapons of mass destruction and senseless wars. We march for that change in our government’s set of priorities.”

professional faculty on 29 State University of New York campuses and several other New York State schools—passed a resolution at its 2010 Winter Delegate Assembly calling on UUP leaders, chapters and members to build UUP participation in the March 20 demonstration in D.C. as part of the labor contingent.

In San Francisco, the March 20 demonstration will unite with the UNITE HERE Local 2 hotel workers by marching to two of the hotels being boycotted by the union. Local 2 represents more than 9,000 hotel workers who are fighting for a new contract. The Executive Board of Local 2, which has been waging a spirited contract struggle, has endorsed the March 20 demonstration. The San Francisco and Alameda County Central Labor Councils and many individual unions are mobilizing for March 20 against the wars and occupations and in solidarity with the Local 2 workers.

More information about March 20 is available at www.AnswerCoalition.org.

Find out about transportation from around the country