In line with our article on those non-profit organizations that do provide a service to our Veterans and ‘Support Our Troops’ as was covered in my previous article Do All Non-Profits really Support Veterans, Troops, and Military Families?

Joe Conason at Salon reports that Sean Hannity and Ollie North say they collect millions of dollars for veterans’ kids. But where did the money go?

Do Hannity and North operate a “charitable” fraud?

According to complaints filed with the Federal Trade Commission and the IRS, the two right-wing icons have exploited American veterans for personal and partisan gain. The actions filed by Citizens for Responsibility and Ethics in Washington (CREW) accuse Hannity and North of misusing millions of dollars collected by the Freedom Alliance, a charity they promote and control.

Veterans Today Editorial Comment: If the accusations prove to be true, this scandal will open up more questions about how charity watchdog organizations rate such efforts. A check of the Freedom Alliance shows that they claim at four star rating from Charity Navigator, have been screened by the Combined Federal Campaign (CFC), and paid for Best in America Independent Charities recognition via membership in that organization.

Similar accusations were aired recently by right-wing blogger Debbie Schlussel, who complained that the “Freedom Concerts” sponsored by the Freedom Alliance and headlined by Hannity were not donating all proceeds — estimated at more than $10 million — to scholarships for the children of wounded and killed service members, as advertised. But now CREW, which had been investigating the same allegations independently before Schlussel posted her warning, has completed its own probe and filed legal actions before the two federal agencies. 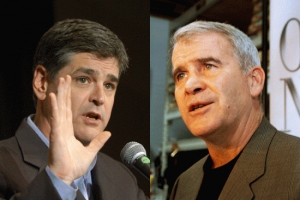 Without naming who two of the most left-wing organizations were that are attacking Hannity and North, we must assume that CREW is one of them, according to a Freedom Alliance media release. The conservative charity organization claims these complaints to the IRS and FTC are a smear campaigns from the political left-wing. However, one complaint has been lodged by a right-wing blogger, and we would not necessarily consider VoteVets a political action committee affiliated with Iraq and Afghanistan Veterans of America (IAVA) to be too left of center given their silence on the Afghanistan War.

POINT: These are not anti-war groups filing complaints against Freedom Alliance moderate maybe but calling them left-wing is a bit awkward.

It will be insightful to follow these developments, and it is essential to note that efforts and causes that claim to support our troops and Veterans needs much closer scrutiny and monitoring by Congress, and each state’s Attorney General, and the Justice Department as necessary if they have broken any federal laws. 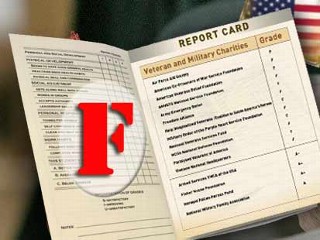 Freedom Alliance also got a satisfactory C- rating from the American Institute of Philanthropy (AIP) to its favor so any illegal actions by the management of Freedom Alliance could also shed negative light on AIP a watchdog organization that has rated far too many Veterans and Troop support efforts and causes with an “F” efficiency rating. A ‘C minus’ rating reflects that although Freedom Alliance could do better they are supposedly meeting their obligations to their stated mission or cause.

Speaking of which, the latest ratings of Veteran and Military related charities and causes has just been posted by AIG in their recent April-May 2010 newsletter to members of Congress. That is a story we will be preparing for our readers, because little has changed since the last ratings in 2007.