“In combat, you rely on people and you come out of it feeling good about everything,” said a specialist in the unit. “Here, you’re just floating. You’re not doing much. You feel worthless.”

A year ago, Specialist Michael Crawford wanted nothing more than to get into Fort Carson’s Warrior Transition Battalion, a special unit created to provide closely managed care for soldiers with physical wounds and severe psychological trauma. 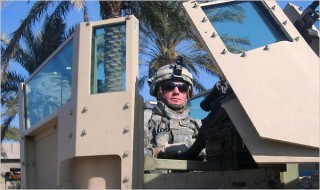 Specialist Michael Crawford with his mother, Sally Darrow, in Michigan. He tried to commit suicide after being transferred to the transition unit. Photo: Stephen McGee for The New York Times

A strapping Army sniper who once brimmed with confidence, he had returned emotionally broken from Iraq, where he suffered two concussions from roadside bombs and watched several platoon mates burn to death. The transition unit at Fort Carson, outside Colorado Springs, seemed the surest way to keep suicidal thoughts at bay, his mother thought.

It did not work. He was prescribed a laundry list of medications for anxiety, nightmares, depression and headaches that made him feel listless and disoriented. His once-a-week session with a nurse case manager seemed grossly inadequate to him. And noncommissioned officers — soldiers supervising the unit — harangued or disciplined him when he arrived late to formation or violated rules.

Last August, Specialist Crawford attempted suicide with a bottle of whiskey and an overdose of painkillers. By the end of last year, he was begging to get out of the unit.

“It is just a dark place,” said the soldier, who is waiting to be medically discharged from the Army. “Being in the W.T.U. is worse than being in Iraq.”