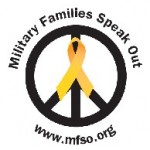 A Memorial Day Message from Military Families Speak Out

After preaching to the choir for about seven paragraphs, Paul Rieckhoff, the founder of Iraq and Afghanistan Veterans of America (IAVA) had this meaningful thing to say about Memorial Day,

“We can honor the fallen by supporting the living. I hope this Memorial Day marks the start of unparalleled support for those returning from war. Veterans don’t need more empty political talk, they need real support and real action.  Let’s make this the year we recommit ourselves to our country’s heroes, and to making a difference in their lives. And to never forgetting their sacrifice. Ever.”

I send in several replies to Paul’s sermon, and this being Memorial Day, I made this point perfectly clear. Until middle of the fence sitting younger Veterans groups and organizations get down off the fence and take a no shit STAND on the war(s) they, and we of the older generation of Veterans are only going to continue spinning wheels much less “unparalleled support for those returning from war,”

However, I put such a GALLANT STAND in these terms, sorta kinda like how I would propose THE DRAFT if I were a sitting Senator or Congressman. We must take a STAND not if we do or do not feel the war(s) are right or wrong, NOT if we believe they are a noble cause, or our nation’s worse nightmare, NOT even how many people on all sides have been killed. Because most Americans cannot relate negatively to something they see on prime time TV almost every night or in the movies – VIOLENCE, HORROR, (well and SEX).

Nope, I intended painting moderate to right of center AND younger Veteran groups into a corner they cannot get out of by saying, “We will dishonor those who died by pulling out of Iraq or Afghanistan, heck the government we helped elect (the Democrats) are winning in Afghanistan (or so says the Republican Generals in the Pentagon).

No, I pitched it this way. WE must take a stand because of something all American people can relate to if they cannot seriously relate to THE FALLEN, and that is HOW MUCH WILL IT CONTINUE TO COST IN DOLLARS?

We shall see what happens, but my take is thus, if WE do not QUESTION how much is diverted or could have been spent on Veterans that goes instead to the Pentagon for war machines and such, then we need to just stop feeling victimized by the American people and our government.

We just need to suck it up, because hell we kept our mouths shut about the war, and the total costs of war, why even mention the cost in broken bodies when we enabled the addition of more broken warriors and for what?

So we at Veterans Today are (1) not going to preach to the choir, (2) are going to take a stand against how much the war(s) cost in bodies, minds, and the fallen as the best way to honor them on Memorial Day, (3) highlight messages only from groups who question adding more broken Veterans to an already overwhelmed VA system.

Military Families Say: Honor our Loved Ones Service and Sacrifice By Ending These Wars!” 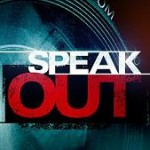 Dear members and supporters of Military Families Speak Out,

Memorial Day is upon us. We mourn the loss of the 5,523 soldiers, Marines, seamen and airmen who have lost their lives, the uncounted number who have taken their own lives as a result of the war, and the hundreds of thousands of Iraqi and Afghan men, women and children who have died as a result of these senseless wars. Each loss reverberates through a family and community that will be forever changed.

As heartbreaking as it can be to speak out, the Memorial Day weekend provides an opportunity for us. The American people need to hear your stories and be inspired to find a peaceful solution. Please raise your voice, this weekend. Our Memorial Day press release is below, and can also be found here.

Please download our Memorial Day flyer here and use it at events this weekend. You can also make use of this “What You Can Do” flyer developed by the MFSO Upstate chapter and insert your own local contact information. If you would like a word version to edit for local information or know of local events that you would like help promoting, contact National Organizer Nikki Morse at [email protected].

Thank you for speaking out.

Celeste Zappala, a member of Gold Star Families Speak Out from Philadelphia, PA, whose son was killed in Iraq and was the first Pennsylvania National Guardsman to die in combat since World War II, said,

“With great sadness my family and I recognize Memorial Day and the 7 years since we last saw my son, Sgt. Sherwood Baker alive. On April 26, 2004 he died in an explosion while looking for the nonexistent weapons of mass destruction.  We are but one of the over 5,000 American families who mourn the loss of their loved ones in Iraq and Afghanistan; physical and spiritual casualties affect thousands more – and yet the wars that kill our young and drain our treasure do not create peace. It is long past time to bring our troops home, and find real solutions for Peace.”

Earlier this month, an ABC News /Washington Post poll found that a majority of Americans are again opposed to the Afghanistan war, with 52% saying it’s not worth fighting.

“We are the parents of

three active duty sons.  Our oldest son, Branden, is in Afghanistan with the Second Infantry (our family’s sixth deployment in these wars).  We are disheartened by Obama’s foreign policy.  With the 1,000th American soldier killed in Afghanistan this past week and war spending reaching $1 trillion on

May 30th, 100,000 troops are in Afghanistan chasing an illusive target that has not made us safer in this country or closer to achieving peace and stability in Afghanistan.   In poll after poll, the American people have repeatedly stated they want these wars to end.  President Obama should honor the American people’s wishes and end both wars and bring our troops home now.”

d one who has previously served or is currently serving in Afghanistan or Iraq are available for interview over Memorial Day Weekend.

ELSEWHERE IN THE COUNTRY: Members of Military Families Speak Out will also be participating in events around the country. To arrange for an interview, contact us at the information above.

Out (MFSO) is a national organization of over 4,000 families who are opposed to the war in Iraq and Afghanistan and have loved ones who serve or have served in the military since the fall of 2002.  Gold Star Families Speak Out is a national chapter of MFSO with families whose loved ones died as a result of these wars.

For more information about the chapter Gold Star Families Speak Out see www.gsfso.org