Get in there first – that’s the secret —
If it wasn’t for the “war on terror” America and Israel wouldn’t be enjoying such military fun and games and reaping such fat rewards. Whole new industries are flourishing thanks to the considerable effort they’ve devoted to sowing the seeds of terror. 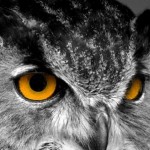 Its partners include The Israel Export and International Cooperation Institute – “your gateway to business in Israel”. Their global intelligence division even maintains a presence in London where, they claim, “our intelligence-gathering and analysis, research, training, and consulting services reduce your vulnerability to global and regional forms of terrorist threats and mass-casualty events.”  It’s just a coincidence, of course, that Britain’s most important security bodies – the Intelligence & Security Committee, Foreign Affairs Committee and Defence Committee – are all headed by senior Israel flag-wavers with access to highly classified material.

ITRR recently staged a Mass Casualty & Terrorism Workshop in Jerusalem attended by students from Philadelphia University. Topics included mass casualty management, security and counter-terrorism, forensic medicine as it relates to terrorism and visits to suicide bomber sites. “These site visits include actual video footage of the events… One student was amazed with the resiliency of the Israeli people and how quickly they are able to return a site ‘back to normal’.”

Just across the border in Gaza is the mother of all mass-casualty sites far more serious than anything Israel has had to cope with, although it caused it. A visit there would have opened students’ eyes to how the Palestinians are never given the chance to return to ‘normal’ after Israel’s endless terror onslaughts, robbed as they are of medical essentials and reconstruction materials.

The other day I was sent a list of Zionist ‘firsts’ pulled together in a handy aide-memoire. Let’s call them claims for the timebeing. I’ve seen evidence for some, but others are new to me. A friend who watches things closely says the listing has been posted in forums repeatedly, with requests for any corrections.

Let’s ask again. Can anyone refute these claims on delphiforums…?

Here’s the roll-call on who introduced terrorism (along with biological, chemical and nuclear weapons) to the Middle East:

The only form of violent terrorism not introduced into Palestine by the Zionists was suicide bombing, a tactic used almost entirely by people fighting occupation of their “homeland” – think 1000s of Japanese in 1945, 100s of Tamils and 38 Lebanese in the 80s – most of the latter being motivated by socialism/communism, not Islam – see http://amconmag.com/article/2005/jul/18/00017/

And, if you think only Muslims need worry, then see http://www.masada2000.org/sharepain.html – “Israel Has Nuclear Weapons and MUST Use Them and All Those Arming the Arabs Must Share the Pain!”. Comes with cute music.

To these we could add “sofa slaughter” with armed drones. The Israelis use this armchair technique extensively in Gaza, unleashing death and destruction on civilians by remote control at no personal risk to themselves. There are interesting variations too. For example, during the 40-day siege of the Church of the Nativity in Bethlehem in 2002 the Israeli Occupation Force set up cranes on which were mounted robotic machine guns under video control. According to eye-witnesses eight defenders, including the bell-ringer, were murdered, some by armchair button-pushers and some by regular snipers.

Right now we’re witnessing a cyber-terror attack against Iran with an ultra-sophisticated virus that disables thousands of industrial computers including those controlling Iran’s nuclear programme. This is an extremely sinister development with frightening global implications. The presumption is that it’s Zionist inspired and implemented by Israeli stooges and sympathisers since no-one else hates and fears the Iranians this much, but the truth may never be known.

There’s also the use, suspected or real, of prohibited weapons. In July 2006 doctors in Lebanon and Gaza were saying: “We never saw before wounds and corpses like those that arrive in the ward…” The majority of victims were women, children and elders caught in Israeli attacks in the street, in the market place and at home.

What they saw led doctors to believe that a new generation of weapons was being used. Common to all victims was the lack of visible wounds, but they had serious internal edema and hemorrhage with loss of blood from all orifices. All the bodies had a covering of dark powder making them look black, but they were not burnt. Clothes and hair were not damaged or burnt.

Electron microscope scans showed the presence of phosphorous, iron and magnesium at below normally detectable levels. Elements that are used as additives to boost the blast of thermobaric (fuel-air energy) bombs and grenades were found on skin samples, but none of these could be seen by instruments normally used in hospitals and emergency wards.

Thermobaric weapons leave no fragments on or in the victims’ bodies making it all the more difficult to provide proper care for the injured. “This fact already puts them outside established conventions of war, regardless of whether they are used against military or civilians,” say the doctors.

The effect of a thermobaric shell or grenade, according to the GlobalSecurity website, is devastating. “Those near the ignition point are obliterated. Those at the fringe are likely to suffer many internal, and thus invisible injuries, including burst eardrums and crushed inner ear organs, severe concussions, ruptured lungs and internal organs, and possibly blindness. The destruction, death, and injury are caused by the blast wave.”

Another report, published by Defense Technology, says: “Each tissue type… is compressed, stretched, sheared or disintegrated by overload according to its material properties. Internal organs that contain air (sinuses, ears, lungs and intestines) are particularly vulnerable to blast.”

The United States uses 40mm thermobaric grenades developed for the war against “terror” in Afghanistan. These little beauties produce a thermobaric overpressure blast and “all enemy personnel within the effective radius will suffer lethal effects as opposed to the conventional fragmentation round.”

The grenades are fired from a specially developed weapon. “You can put six rounds on target in under three seconds,” one Marine Corps corporal said. “I thought this thing was sick.”

America is reported to have lost nuclear bombs, so it shouldn’t be too difficult for them to mislay shipments of thermobaric grenades, which in the wrong hands would wreak havoc in the metro or London’s Underground.

Hoist by their own petard

A perfectly good form of words is used to brand, outlaw and crush any organization, individual or country the US doesn’t like.

Under Executive Order 13224 (“Blocking Property and prohibiting Transactions with Persons who commit, threaten to commit, or support Terrorism”), Section 3, the term “terrorism” means an activity that —

(i) involves a violent act or an act dangerous to human life, property, or infrastructure; and (ii) appears to be intended

(a) to intimidate or coerce a civilian population;

(b) to influence the policy of a government by intimidation or coercion; or

(c) to affect the conduct of a government by mass destruction, assassination, kidnapping, or hostage-taking.”

The order was signed 23 September 2001 by George W Bush, the irony being that his definition of terrorism fits the United States and its bosom-buddy Israel like a glove.

Since then, of course, we’ve seen the Zionists commit the foulest act of state terrorism in recent times. During their Cast Lead onslaught they butchered at least 350 more children, and Gaza has been under daily attack ever since. So the “most moral army in the world” must have blown to bits, shredded, incinerated or smashed with snipers’ bullets at least 1,400 Palestinian youngsters in the last ten years. The numbers left maimed or crippled don’t bear thinking about.

And let’s not forget the assassinations and extra-judicial executions. In the US there’s a presidential prohibition on assassination except in war situations, but if they can conjure up an intelligence ‘finding’ that enables them to label the target a ‘terrorist,’ and claim the murder was an act of self-defence in a war situation, they’re in the clear.

Assassination became official Israeli policy in 1999. Their preferred method is the air-strike, which is lazy and often messy, as demonstrated in 2002 when Israeli F-16 warplanes bombed the house of Sheikh Salah Shehadeh, the military commander of Hamas, in Gaza City killing not just him but at least 11 other Palestinians including seven children, and wounding 120 others.

According to the Israeli human rights organisation B’Tselem 408 Palestinians have been killed in the course of targeted assassinations since the second Intifada (uprising) began in 2000. This systematic extermination is regarded as legal and legitimate by Israel’s attorney-general.

In a sane world you’d expect the American and Israeli administrations to be hoist by their own petard, branded as “persons who commit, threaten to commit, or support terrorism”, and punished in the same way they seek to punish others.

Stuart Littlewood is author of the book Radio Free Palestine, which tells the plight of the Palestinians under occupation. For further information please visit www.radiofreepalestine.co.uk