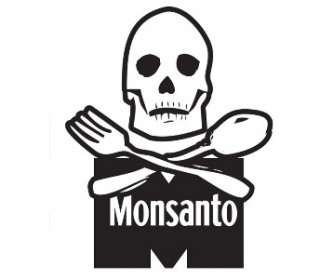 (NaturalNews) Everybody’s favorite genetically modified seed and biotech company, Monsanto, has yet again proven their lovability. The world’s poster child for corporate manipulation and deceit1 was the focus of a new study looking at their top-selling product, Roundup herbicides.

The study was conducted by Professor Andres Carrasco and an international team of scientists and researchers at the Laboratorio de Embriolagia Molecular at the University of Buenos Aires and was published by the American Chemical Society in August.2 It focused on glyphosate, the prime ingredient of Roundup and the most widely-used broad spectrum herbicide in use worldwide. Glyphosate-based herbicides (GBH) are also the focus of most of Monsanto’s herbicide-tolerant (HT-ready) genetically modified seeds (GM or GMO).

The Argentinian study looked at how GBH affects vertebrate embryos in development. Treated during incubation with a dilute 1/5,000 GBH, the embryos showed several abnormalities in bone development, particularly in the skull and vertebrae. The animal embryos used were frogs and chickens.

For comparison, a 1/5,000 concentration (2.03mg/kg) is about 1/10th of the amount used on most agricultural plants. The maximum level for GBH allowed in soybeans in the European Union is 20mg/kg (established in 1997 when GMO soy was commercialized in Europe). Soybeans after harvest can typically contain up to 17mg/kg of GBH residue.

The research done by Carrasco and his team was prompted by the high rate of birth defects in rural areas of Argentina where Monsanto’s GMO soybeans are often grown in large monocultures and sprayed with Roundup from aircraft.

At a press conference during the 6th European Conference of GMO-Free Regions in the European Parliament in Brussels, Professor Carrasco said, “The findings in the lab are compatible with malformations observed in humans exposed to glyphosate during pregnancy.”3

Here in the U.S., we are undergoing a 3-pronged attack against our agricultural and food system. Over 90% of our soybeans, 70% of our corn, and many other common crops are now genetically modified. The plant-patenting and manipulation industry, led by Monsanto, has been taking over both the USDA and the FDA while systematically eliminating family and independent farmers who resist using GM seeds.4

Meanwhile, the evidence against the safety of GM foods continues to mount. This study from Professor Carrasco and his team is just the latest in a long line of research showing the extremely negative effects of the genetic manipulation of our food supply.

The best way to combat this problem individually? Buy from local, non-GMO farmers and growers, eat healthy, non-processed foods, and continue to spread the word about the evils of Big Agra. Things will only change when people begin voting en masse with their wallets and forks, walking away from the Big Agra-Industrial-Pharma-Government complex that is attempting to destroy our lives.

Aaron Turpen is a professional writer living in Wyoming in the USA. His blogs cover organic/sustainable living and environmental considerations (AaronsEnvironMental.com) and the science debunking mainstream medical and proving alternatives (HiddenHealthScience.com).