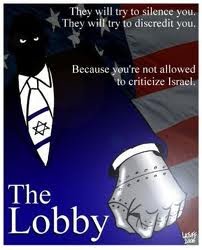 – Read and prepare yourself to be outraged –

By Eyal Mazor [via Cecilie Surasky at MuzzleWatch]

Under the leadership of Mort Klein, the Zionist Organization of America (ZOA) is celebrating its success in its efforts to expand federal anti-bullying guidelines stipulated under the US Civil Rights Act of 1964.  So why in the world would Mort Klein and his pro-occupation and pro-settlement ZOA be interested in federal civil rights and anti-bullying policy in the first place? Perhaps a new-found interest in protecting religious practice and reigning in on all instances of discrimination? Of course not. Read on and prepare yourself to be outraged.

In a policy statement released this week, US Secretary of Education Arne Duncan has adopted new guidelines that include protections against religious groups with “shared ethnic characteristics.” Appearing alongside indisputably positive policy changes that increase protections for LGBT and disabled students facing bullying and discrimination, it may seem totally inappropriate to cast doubt on this particular aspect of the policy, no matter who has brought it to the table. After all, expanding categories of protection is a good thing. However, once we understand the ZOA’s motives, it becomes clear that this development should be cause for alarm for anybody wanting to preserve students’ rights to organize on American campuses for peace and justice in Palestine and Israel!

Indeed, the ZOA took up this effort specifically as a way to clamp down on student activism that has pushed universities to hold Israel accountable to international law. How? Title VI of the Civil Rights Act says that colleges and universities that don’t address issues of discrimination can lose their federal funding. This is part of a strategy to scare public universities into putting a stop to entirely legal and non-discriminatory activism that the ZOA and others just don’t like.

Klein is shamelessly trafficking in the language of bigotry and anti-discrimination in an effort to criminalize campus human rights activism in favor of justice and peace in Palestine and Israel. It’s hard to imagine a more reprehensible manipulation of the legacy of civil rights struggle.

In March 2008, prominent Jewish student leaders of UCI (including the presidents of the campus Hillel, the self-described pro-Israel group Anteaters for Israel, and the Jewish Fraternity and Sorority) issued a public statement clearly and directly contradicting the ZOA’s claims about their campus, stating instead that  “Jewish student life thrives on campus, despite misinformation from outside organizations.”

In a story published in May 2008 issue of New Voices (since expunged from their website, but available below), student leaders from UCI’s Jewish community testify to being ignored, silenced, and even publicly discredited by ZOA and associated activists for speaking the truth of their experience on campus.  One student, then President of Anteaters for Israel,  even lost his position with the Israel advocacy training group StandWithUs over a statement he made that the threat of anti-Semitism on his campus has been exaggerated by community activists and organizations.

In another case cited in a recent op-ed, Klein also cites a battery case filed by a female pro-Israel activist at the University of California at Berkeley against a Palestinian student activist. In fact, all charges have been dropped against the Palestinian student, Husam Zakharia, who said from the very beginning that he lost control of a shopping cart overflowing with donated toys bound for Gaza when it accidentally hit the female student.

Klein’s campaign seemed to really take off earlier this year when 13 Jewish organizations endorsed a March 16 letter to the Education Minister urging the Office of Civil Rights to investigate incidents of anti-Semitism. Among the endorsing groups are Abe Foxman’s ADL, American Jewish Congress (AJC), and Hillel– all of which have a track record of manipulating charges of anti-Semitism to silence critics of Israeli policy.

More recently, Congressman Brad Sherman (D-CA) and Senator Arlen Specter (D-CA) have been championing in Congress Mort Klein and the ZOA’s proposal to amend the Civil Rights Act. In September, Sherman and Specter introduced legislation that would inscribe into federal law what the Department of Education has just changed in federal policy. Shortly after the new guidelines were announced, Congressman Sherman released a statement naming only Jewish students who face “severe and persistent anti-Semitic hostility on their campuses” among groups who will enjoy new protections under the policy.

Making no mention of any other communities facing religion-based discrimination, such as Muslims, Sikhs and other groups most impacted by the up-swell of Islamophobic discrimination, the political motives of the ZOA’s appeal is perfectly transparent. The ZOA is not and has never claimed to be an organization that fights bigotry or discrimination, nor do they purport to hold a message of universal tolerance. It is an organization set up to promote a pro-settlement, pro-occupation, right-wing Zionist agenda.

In addition to using federal anti-discrimination legislation to pursue a highly politicized agenda, one of the most troubling aspects of this campaign is that it has considerable de-amplifying effects for when authentic instances of anti-Semitism do arise.  This type of action will not make Jews, or anyone else, any safer.