“If once, a friend in need shows his back, only fools would trust him again.” Raja Mujtaba 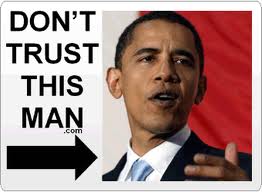 Although no major change occurs in American external policies with the change of the president, yet a hope had risen in November 2008, when Barrack Obama took oath as the President of the United States. In this respect, political experts had opined that the US President Obama would rectify the blunders, committed by his predecessor in the name of war on terror. As regards the Islamic World, Obama stated in his first address, “To the Muslim World, we seek a new way forward, based upon mutual interest and mutual respect.”

Nevertheless, most of the Muslims expected that President Obama would resolve the issues, affecting all the Islamic World. Besides the Palestinian-Israeli dispute, Indian-held Kashmir is the thorniest issue between Pakistan and India as both the neighbouring countries have already waged three wars on this question. There always remains possibility of a limited war by India, being converted into a nuclear conflict between the two adversaries.

It is notable that earlier, Obama had also recognized an inter-relationship between war against terrorism in Afghanistan, issue of Kashmir and arms race between Pakistan and India. No doubt, he wanted to increase troops in Afghanistan for combating terrorism, but had repeatedly said that the United States should help in resolving the Kashmir dispute between Pakistan and India to deal with the problem of militancy in the region.

In this context, on September 25, 2008, Obama, while accusing President Bush’s policies in the region, offered it as part of his policy to encourage India and Pakistan to ratify the Comprehensive Test Ban Treaty (CTBT) and resolve the Kashmir problem to reduce nuclear dangers in South Asia. On a number of occasions, he had re-affirmed the solution of Kashmir as one of his key priorities. In this regard, even after his election as the president of the sole superpower, his aides have also expressed similar thoughts. For example, Mr Riedel had disclosed that settling the Kashmir issue “is essential for fighting terrorism.”

However, South Asian countries which have been facing acute poverty, hunger, unemployment, political instability and terrorism had hoped that the President Obama would help them in resolving their old problems and issues. But surprisingly, Obama started backing out of his earlier commitments in relation to this region.

In this connection, President Obama had appointed Richard Holbrooke as a special envoy of the US administration for South Asia to deal with various related issues of terrorism. But quite contrarily to the previous statements of Obama, the thorny dispute of Kashmir was excluded from the agenda of Holbrooke. In this respect, on January 28, 2009, State Department spokesman Robert Wood had made it clear, “Kashmir was not part of Holbrooke’s mandate” and his “sole job is to go out and try to help bring stability to Afghanistan, working closely with Pakistan to try to deal with situation in the FATA region.”

In this context, Washington Post reported on January 30, 2009 that India managed to prune of the portfolio Obama’s top envoy to Pakistan and Afghanistan, Holbrooke—basically eliminating the contested region of Kashmir from his job description. The omission is seen as a significant diplomatic concession to India that reflects its warm ties with the United States. The Post further explained that it follows Indian government’s victory in securing a deal with the United States that gives India access to civilian nuclear technology, even though it is not a party to the Non-Proliferation Treaty.

In fact, New Delhi had been distracting the attention of Obama from Kashmir, focusing his South Asian strategy only on terrorism, relating to Afghanistan and Pakistan, which has become possible due to the support of Jewish lobbies and pressure groups.

As regards the influence of Indo-Israeli lobbies in America, on October 19, 2007, the special issue of South Asia Multidisciplinary Academic Journal wrote, “In the past few years, Indian American community has gained an unprecedented visibility in the international arena and now constitutes influential ethnic lobbies in Washington. Among other factors, Hindu aligned with Jewish pressure groups in relation to the war against terrorism and to further the India-Israel-US strategic partnership play a major role in exaggerating Islamophobic overtones in the Indian American lobbies”.

However, since the Bush era, by manipulating the world phenomena of terrorism and anti-Muslim approach of the west, both India and Israel have been availing the golden opportunity to achieve their covert goals by convincing the US-led European states that a ‘nuclearized’ Pakistan is sponsoring cross-border terrorism in Afghanistan and Kashmir.  Since then, equation of ‘war of liberation’ in Kashmir and Palestine with terrorism has become the main target of New Delhi and Tel Aviv who intend to divert the attention of the west from their own atrocities, being perpetrated in the occupied territories.

Nonetheless, exclusion of Kashmir from Obama’s policy is likely to become a basic obstacle to South Asian peace, connecting other concerned disputes between Pakistan and India including regional terrorism in wake of New Delhi’s blame game against Islamabad in the post-Mumbai terror attacks. In this respect, Indian continued intransigence to disallow the Kashmiris their right of self-determination and suppression of their war of liberation through brutal tactics of state terrorism since partition have motivated Afghans and Pakistan’s tribal militants to resist the American policies.

On the one hand, Indians are secretly manipulating US-led fruitless military strategy in Afghanistan and Pakistan’s FATA regions, while one the other, they are perpetrating every technique of military terrorism in the Indian-held Kashmir which is the root cause of militancy in the region.

While taking cognizance of the Kashmir dimension in relation to regional terrorism, even, former British Foreign Secretary David Miliband who had visited New Delhi and Islamabad in the post-Mumbai carnage recognised that complete de-escalation of situation between Pakistan and India was fully linked to resolution of Kashmir issue, saying that India should cooperate with Pakistan in this context.

US President Obama who has been visiting India on November7, 2010 and preferring the latter to Pakistan, announced on November 6, $10 billion in trade deals with New Delhi to create 50,000 US jobs—during his trip that began with an emotional tribute to victims of the Mumbai attacks. Kicking off a four-nation Asian tour weighted towards prying open new markets for US goods, Obama revealed that he would relax technology export restrictions imposed after India’s nuclear tests back in 1998. He told an audience of US and Indian businessmen in Mumbai, “As we look to India today, the US sees an opportunity to sell our exports in one of the fastest growing markets in the world.”

Obama further elaborated that the US would allow India’s purchase of “dual use” technologies that have civilian or military applications—the measures would involve removing Indian space and defence companies from a restricted “entities list” and supporting Indian membership of four key global nuclear nonproliferation regimes. While describing “win-win” relationship with India, Obama also emphasised Indo-US united front against terrorism.

In fact, abandoning his earlier policy which was disclosed through his previous statements, the US President Obama has been acting upon the previous American strategy. In this connection, Washington which signed a nuclear deal with India in 2008, intends to make India a great power of Asia to contain China and destablise Pakistan as well as Iran. Nonetheless, Obama is acting upon a conflicting policy in South Asia.

Notably, the US new strategy which will still pay a greater concentration on elimination of terrorism from Afghanistan and Pakistan must consider India to be responsible for terrorism in the region. And solution of Kashmir is very essential to combat militancy in South Asia.

Most alarming point in this respect is that Indian sinister strategic designs under the pretext of so-called Islamic terrorism are not only creating obstacles in the East-West cultural cooperation, but are also taking the world to the brink of clash of civilizations.

Backing out of his early realistic approach, US President Obama’s South Asian strategy has failed as India succeeded in impeding it not only to divert the US Administration from Kashmir, but also to get favourable bargaining leverage over Pakistan. Obama’s policy to convince the people of Afghanistan and Pakistan that terrorism poses greater threat than India will hardly meet success as stability of these states are directly or indirectly linked with Kashmir.

The Kashmir dispute generates other issues, equally harmful to Pakistan and other regional states. There is no doubt that all major issues and developments like terrorism and arms race have co-relationship, so Obama needs an impartial and pragmatic approach instead of following a conflicting policy in South Asia.

Sajjad Shaukat is a regular writer for Opinion Maker. He writes on international affairs and is author of the book : US vs Islamic Militants, Invisible Balance of Power : Dangerous Shift in International Relations.