For a number of years, the U.S. Government continued to insist that exposure to Agent Orange was not linked to the illnesses being reported by service members 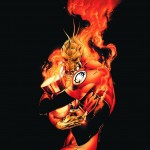 During the early stages of the Viet Nam War, a mixture of herbicides shipped and stored in 50-gallon drums, marked with an orange band, became known as “Agent Orange.”  The products were mixed with kerosene or diesel fuel and sprayed by aircraft, vehicle, and hand spray units. By the time the war was over, an estimated nineteen-million gallons of Agent Orange herbicides had been used.

In the early 1960’s, Agent Orange was described in a number of government publications as a harmless herbicide used for defoliating dense jungle growth, making it easier to find the enemy.  At the same time, Senator Barry Goldwater was urging the use of nuclear weapons to clear the jungles. Agent Orange seemed to the safer option.

By the late 1960’s, a debate began on the safety of Agent Orange herbicides; and if they were as safe as government officials were claiming.  Aerial spray missions using Agent Orange herbicides in Viet Nam ceased in 1971, but research and debate on the long term health impacts continued throughout the next three decades.
During the 70’s, the possible health risks associated with exposure to Agent Orange herbicides began to be realized.  When an Arizona farmer reported the death of goats from spraying 2,4,5-T, (a component of Agent Orange) on his fields, the possible became more real.  At the same time, users of similar herbicides in the U.S. were beginning to report respiratory ailments, swelling feet, chest pains and weight loss.  Public health studies were also reporting a higher than expected rate of miscarriages in women living near areas where similar products had been used.

As soldiers who had been exposed to Agent Orange returned from Vietnam and began to report health problems ranging from skin and liver diseases to cancers of the lungs and stomach and even to birth defects the concerns for the health implications of Agent Orange began to grow. For a number of years, the U.S. Government continued to insist that exposure to Agent Orange was not linked to the illnesses being reported by service members.

By 1983, the results of several studies demonstrated a link between exposure to dioxin, a component of Agent Orange, and soft tissue sarcoma and non-Hodgkin’s lymphoma.  In 1985, the herbicide was banned for use in the U.S. by the Environmental Protection Agency (EPA).

In 1991, the U.S. Congress passed the Agent Orange Act, requiring the National Academy of Sciences (NAS) to evaluate the health effects of Agent Orange exposure.  In 1993, a sixteen-member panel of scientific and medical experts that had been convened by the NAS reported that possible health effects from exposure to Agent Orange included, soft-tissue sarcoma, non-Hodgkin’s lymphoma, Hodgkin’s disease, and chloracne (a rash of skin lesions on the face, neck, and back).

This September, Agent Orange was in the news again.  Dr. Linda Birnbaum, Director of the National Institute of Environmental Health Sciences (NIEHS), testified at a hearing on VA Disability and Compensation that exposure to dioxin in Agent Orange is linked to ischemic heart disease. Dr. Birnbaum stated “Exposure to Agent Orange is associated with alterations in the vascular structure, gene expression, and several other diseases and conditions related to ischemic heart disease.”  It can be expected that as Viet Nam War veterans continue to age, that other long term health effects from exposure to what was once considered a “harmless herbicide used for defoliating dense jungle growth” will be in the news again.