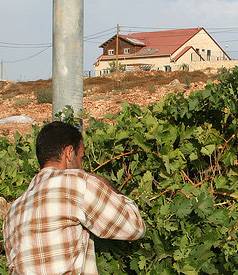 While intensively engaged in illegal settlement expansion, the government of Israel is also seeking to deal with two problems: a global campaign of what it perceives as “delegitimation” – that is, objections to its crimes and withdrawal of participation in them – and a parallel campaign of legitimation of Palestine.

The “delegitimation,” which is progressing rapidly, was carried forward in December by a Human Rights Watch call on the U.S. “to suspend financing to Israel in an amount equivalent to the costs of Israel’s spending in support of settlements,” and to monitor contributions to Israel from tax-exempt U.S. organizations that violate international law, “including prohibitions against discrimination” – which would cast a wide net. Amnesty International had already called for an arms embargo on Israel. The legitimation process also took a long step forward in December, when Argentina, Bolivia and Brazil recognized the State of Palestine (Gaza and the West Bank), bringing the number of supporting nations to more than 100.

International lawyer John Whitbeck estimates that 80-90 percent of the world’s population live in states that recognize Palestine, while 10-20 percent recognize the Republic of Kosovo. The U.S. recognizes Kosovo but not Palestine. Accordingly, as Whitbeck writes in Counterpunch, media “act as though Kosovo’s independence were an accomplished fact while Palestine’s independence is only an aspiration which can never be realized without Israeli-American consent,” reflecting the normal workings of power in the international arena.

Given the scale of Israeli settlement of the West Bank, it has been argued for more a decade that the international consensus on a two-state settlement is dead, or mistaken (though evidently most of the world does not agree). Therefore those concerned with Palestinian rights should call for Israeli takeover of the entire West Bank, followed by an anti-apartheid struggle of the South African variety that would lead to full citizenship for the Arab population there.

The argument assumes that Israel would agree to the takeover. It is far more likely that Israel will instead continue the programs leading to annexation of the parts of the West Bank that it is developing, roughly half the area, and take no responsibility for the rest, thus defending itself from the “demographic problem” – too many non-Jews in a Jewish state – and meanwhile severing besieged Gaza from the rest of Palestine.

One analogy between Israel and South Africa merits attention. Once apartheid was implemented, South African nationalists recognized they were becoming international pariahs because of it. In 1958, however, the foreign minister informed the U.S. ambassador that U.N. condemnations and other protests were of little concern as long as South Africa was supported by the global hegemon – the United States. By the 1970s, the U.N. declared an arms embargo, soon followed by boycott campaigns and divestment. South Africa reacted in ways calculated to enrage international opinion. In a gesture of contempt for the U.N. and President Jimmy Carter – who failed to react so as not to disrupt worthless negotiations – South Africa launched a murderous raid on the Cassinga refugee camp in Angola just as the Carter-led “contact group” was to present a settlement for Namibia. The similarity to Israel’s behavior today is striking – for example, the attack on Gaza in January 2009 and on the Gaza freedom flotilla in May 2010.

When President Reagan took office in 1981, he lent full support to South Africa’s domestic crimes and its murderous depredations in neighboring countries. The policies were justified in the framework of the war on terror that Reagan had declared on coming into office. In 1988, Nelson Mandela’s African National Congress was designated one of the world’s “more notorious terrorist groups” (Mandela himself was only removed from Washington’s “terrorist list” in 2008). South Africa was defiant, and even triumphant, with its internal enemies crushed, and enjoying solid support from the one state that mattered in the global system.

Shortly after, U.S. policy shifted. U.S. and South African business interests very likely realized they would be better off by ending the apartheid burden. And apartheid soon collapsed. South Africa is not the only recent case where ending U.S. support for crimes has led to significant progress. Can such a transformative shift happen in Israel’s case, clearing the way to a diplomatic settlement? Among the barriers firmly in place are the very close military and intelligence ties between the U.S. and Israel.

The most outspoken support for Israeli crimes comes from the business world. U.S. high-tech industry is closely integrated with its Israeli counterpart. To cite just one example, the world’s largest chip manufacturer, Intel, is establishing its most advanced production unit in Israel.

A U.S. cable released by WikiLeaks reveals that Rafael military industries in Haifa is one of the sites considered vital to U.S. interests due to its production of cluster bombs; Rafael had already moved some operations to the U.S. to gain better access to U.S. aid and markets. There is also a powerful Israel lobby, though of course dwarfed by the business and military lobbies.

Critical cultural facts apply, too. Christian Zionism long precedes Jewish Zionism, and is not restricted to the one-third of the U.S. population that believes in the literal truth of the Bible. When British Gen. Edmund Allenby conquered Jerusalem in 1917, the national press declared him to be Richard the Lionhearted, finally rescuing the Holy Land from the infidels.

Next, Jews must return to the homeland promised to them by the Lord. Articulating a common elite view, Harold Ickes, Franklin Roosevelt’s secretary of the interior, described Jewish colonization of Palestine as an achievement “without comparison in the history of the human race.”

There is also an instinctive sympathy for a settler-colonial society that is seen to be retracing the history of the U.S. itself, bringing civilization to the lands that the undeserving natives had misused – doctrines deeply rooted in centuries of imperialism.

To break the logjam it will be necessary to dismantle the reigning illusion that the U.S. is an “honest broker” desperately seeking to reconcile recalcitrant adversaries, and to recognize that serious negotiations would be between the U^.S.-Israel and the rest of the world.

If U.S. power centers can be compelled by popular opinion to abandon decades-old rejectionism, many prospects that seem remote might become suddenly possible.

(Noam Chomsky’s most recent book, with co-author Ilan Pappe, is “Gaza in Crisis.” Chomsky is emeritus professor of linguistics and philosophy at the Massachusetts Institute of Technology in Cambridge, Mass.)