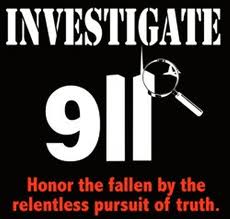 Once you read the PDF document you’ll quickly see the reason for Cryptome’s appropriate label. The entire report, by that I mean the entire report, is blacked out (actually, whited-out;-). It took me less than one minute to scan the entire document; basically, scrolling down the white pages-one white page after another. Initially, I was not a bit surprised. Hey, I’ve been declared the most gagged and classified person in US history, after all- State Secrets Privilege invocation twice, gagging the entire Congress for the first (and only) time in US history, hundreds of pages of blacked out DOJ-IG report… So, as I said, I didn’t find it a bit surprising. However, after the minute it took to go over these blank pages, I started clicking and scanning all the other files (interviews by the 9/11 Commission), and that’s where I was truly surprised:

Despite some redactions here and there, and in a few cases fairly extensive redaction, there were no interviews where the entire interview (and the report on the interview) was blacked out in its entirety. Mine was the only one privileged and honored to such degree! Why? I mean, come on, we are talking about interviews with: FBI Special Agent in Charge on Counterterrorism, CIA Officers with Directorate of Intelligence with a Specific Focus on Drugs & Thugs, The Chairman of National Intelligence Council, NSA Chief of Counterintelligence & SIGNIT Support, Senior CIA Analysts…Yet, none of these interviews was redacted in its entirety. None. Please be my guest and make your own comparison; My 9/11 Commission interview document here, and the rest, here, here, here, here, here…You can check out the rest published by Cryptome here, and if you want more here for thousands of them.

I e-mailed Mr. Young to get his opinion and ask whether he had noticed the same interesting phenomena. He confirmed my observation and we shared the exact same conclusion: This particular interview was ‘exceptionally’ redacted.

Next, I started all over again, and this time I checked for the location of these interviews conducted by the 9/11 Commission. Why? Because after checking with the DOJ/FBI/State Department/DOD, the 9/11 Commissioners insisted that my interview to be conducted in a SCIF (Sensitive Compartmented Information Facility). I was stuck inside one of these almost airless highly claustrophobic dungeons for over three hours for my interview. I was told by the commission staff that this was due to the ‘extreme secret and sensitive nature of Ms. Edmonds’ information.’ Yet, none of the high-level counterterrorism officials, CIA operatives and agents, senior analysts…(at least all the ones I’ve scanned so far) were required to give their interviews inside a SCIF, or even a cleared room (they have specialists come and declare the room/facility clear & free of bugs). When you go to my interview document (here), look at the top of the page, find ‘location’ and see what it says. For mine it says: GSA SCIF. Now, if you were to go to all the other documents and check the interviewees’ location for the interview, you’ll see No SCIF, and locations like: Commission’s K Street Office (regular meeting room), or, regular offices or meeting rooms within various government agencies & HQs. 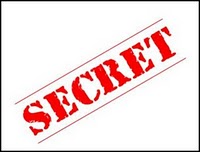 Another interesting point that came to me later had to do with the length of the Commission’s redacted interview with me. I know I was in there for over three hours, and at the top of the report they actually confirm that. I know I didn’t waste time talking about the employment and whistle blowing aspects of my case, instead I asked them to get that info from the IG or various congressional offices. I spent over three hours talking, answering questions, and writing for the 9/11 Commission investigators, with no break, no interruptions, and not even a pause for side conversations. I have transcribed interviews, I have typed many pages of phone/recorded conversations at the FBI while a translator, I have prepared many reports based on interviews, and I know that there is no way in this world you can transcribe or report on three hours of nonstop interview, especially mine, in less than 10-12 pages (single spaced!). Yet, the total number of redacted pages released by the 9/11 Commission totals about 5 pages. What else did they do with my interview besides redacting? This is what I call ‘sending it to a never-to-be retrieved Black Hole.’

I wonder what the US media has to say on this; especially the ones who’ve done their share of censoring and redacting on this particular case. Any ideas?

– This article was originally published at Boiling Frogs Post