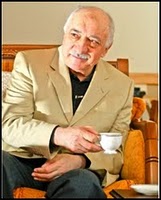 Last week I wrote about the Washington Post’s incomplete and one-sided coverage of the recently published memoir by former Turkish Intelligence Chief Osman Nuri Gundes exposing CIA Operations via an Islamic Group in Central Asia. Since then I have gone over the same book’s review and coverage by the Turkish mainstream media, and I have interviewed reporters and sources in Turkey who have read the book, followed the coverage, and or are intimately familiar with the topic. With that I now have several additional points on this exposé which further illustrate the journalistically mind-boggling piece marketed by the Post. Writing my previous piece cost me an associate whom I like and respect. It shouldn’t have. I still believe this was a case of institution-Government-editors vs. the journalist, with the former winning. I am not going to weigh my writing, modify my facts, alter the truth, tweak, and censor based on worries of losing a source, or a friend, or even readership. With that said I’ll briefly list my points gathered from documented facts and interviews, and sources familiar with Gundes’ recent book and Gulen.

As one might expect, the Turkish mainstream media (all major newspapers, magazines, radio & TV channels) extensively (and very intensely) covered the recent publication of Gundes’ book. The following are the main points on former Turkish Intel Chief Gundes’ CIA-Gulen allegations which were documented and reported by every single media outlet in Turkey (since mid December), including this one written by one of the most prominent journalists at Milliyet:

1- In Central Asia, within Gulen’s Islamic schools, the CIA operatives worked under the guise of ‘American Teachers teaching English.’

Okay, the Washington Post article, going through the exact same publications/articles forgot to add these crucial details, which would have paved the way for journalistic investigation(s) leading to either confirmation or denial. The following is the only detail the article provided:

In the 1990s, Gundes alleges, the movement “sheltered 130 CIA agents” at its schools in Kyrgyzstan and Uzbekistan alone

In this case, as others had done already, the existence of mysterious American teachers teaching English in Gulen’s schools in Central Asia has already been confirmed.

I contacted my source, formerly with the State Department, and he confirmed issuing diplomatic status for at least 50 Americans to teach in former Soviet republics. When I asked him whether they were employed by the State Department, he said: ‘Not officially.’ I asked him whether they were connected to the CIA, and he responded, ‘I wouldn’t know.’ I inquired about the direct foreign employer(s) of these American teachers, and this was his response: ‘Private Turkish companies in education fields and several NGOs in Turkey.’ This particular source was retired in 2004.

Again, the Washington Post article conveniently omitted this particular detail. Publishing this detail would have required seeking comments from the State Department: “Have you issued diplomatic passports to American teachers in XYZ countries.” Of course, no such inquiry was ever made by the Post.

3- Gundes provided details of a high-level official meeting attended by MIT officials, one of Gulen’s education foundation directors, the Minister of Turkish Education Ministry Department and other high-level bureaucrats, an official from the Prime Minister’s Office, and several owners of Gulen private schools. The location for this briefing where CIA operative teachers with US Diplomatic passports were discussed was at ‘Ogretmen Evi’ and the host was the Director of Foreign Study Program at the Turkish Education Ministry. The meeting was ‘recorded,’ and an official report was prepared. The report included the following details:

Again, the Turkish media quotes and covers these detailed allegations. None of these details, and what’s alleged as evidence by Gundes, were covered by the Post. After all, how difficult would it be to follow up and check out these American ‘teachers’ with Diplomatic Passports in the named countries? Make some use of the Post’s foreign correspondents and partners stationed/anchored there? No; the Post would not dare open that can of worms. So what do they do instead: Take out all the details, get lies as quotes from the implicated CIA source, and say, ‘hmmmmm, see, nothing there.’

This is consistent with Gulen’s own media networks’, such as Today’s Zaman’s, no-denial denial operation mode. Remember, these are the same groups who deny Gulen’s 100+ charter school operations in the United States (See here), and this, despite all the documentation and hundreds of witnesses’, including former and present Americans teachers who have worked at these charter schools. Today’s Zaman, one of Gulen’s propaganda machine arms, desperately denies Gunes’ exposé, and in doing so in such desperation, it ends up with a jumble of no-denial denial (see here).

Another point worth mentioning: You’d think with all the court documents and previous reports on FBI-DOJ and the Homeland Security Department vehemently opposing Gulen’s residency request in court(s), the Washington Post would contact their plentiful DOJ-FBI-DHS sources and ask for statements; right? Well, they didn’t. In the Gulen court case we had the CIA pushing big time for Gulen’s residency request, and DOJ-FBI-DHS opposing it. Why? Why did the FBI-DOJ-DHS oppose Gulen in court? I’d say this much-First Hand information, in this case: Based on FBI-DHS joint investigations of Gulen (White Collar Crime) and the involved files, they had plenty of reasons to oppose.

Finally, as a side note, the Post, at least Mr. Stein, was very familiar with my statements regarding Gulen-CIA-Central Asia operations; including the interview I gave to the American Conservative Magazine’s Phil Giraldi. Had Mr. Stein bothered to contact me he would have gotten what the Washington Post wished not to get.

I am going to end this post with a short piece provided to our BFP readers in the US by one of my sources in Turkey who has gone through Gunes’ book, and is a journalist with inside information and unique access to those closely involved in Gulen related investigations-operations:

Fethullah Gülen & the Origin of the Turkish Deep State

By ‘The Insider from Turkey’ 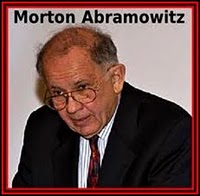 Those who think the Turkish/Islamic preacher Fethullah Gülen was introduced to the CIA after he had left Turkey and established himself in Pennsylvania are missing the point. Same with those who are under the impression that the Gülen movement is primarily of a religious nature.

The first contacts of Gülen with the CIA go back to way before, we learn from the recently published book The witness of takeovers and anarchy by Osman Nuri Gündes, a former operative of the Turkish intelligence outfit MIT. In the eighties Gülen associated himself with fierce anticommunist circles in Turkey supported by the joint CIA and the secretive stay behind network, Gladio. We are talking about the same Gladio which was responsible for a series of far right terrorist attacks in Turkey and who composed the overture of the bloody 1980 takeover.

According to Osman Nuri Gündes, Gülen began his own anticommunist organization in the city of Erzurum. He also mentions Gülen with respect to Radio Free Europe, a CIA propaganda project against the Soviet-Union where previous CIA station chief Paul Henze was working as well. Henze has been described as one of the dark forces behind the takeover in 1980. Gülen’s main contact in the CIA however, was Morton Abramowitz, who was stationed in Turkey as a CIA employee before he came there as US ambassador. As mentioned previously on this website, Abramowitz later came to defend Gülen when he ended up having trouble with the US immigration service.

So, once upon a time Gülen was very close to structures in Turkey of which the remnants can still be recognized in Ergenekon, the network that targeted not only Recep Tayyip Erdogan’s AK-party government, but also the Gülen-movement. This is due to the fact that the previous anticommunist network in Turkey turned away from the CIA in post-Cold War days, while Gülen and his supporters in the Turkish government remained loyal to it.
# # # #

This article was originally published at Boiling Frogs Post