The U.S. State Dept’s statement, “We strongly believe that the Egyptian Government needs to engage immediately with the Egyptian people in implementing needed economic, political, and social reforms” appears the give-away on Saturday of Mubarak’s fragile hold on power.

Typically, when commenting on this regional baby sister of Israel’s, the U.S. State Department will congratulate Egypt on its steps toward democracy, or issue a public encouragement of a fair electoral process like it did before last November’s lower-house elections.

Explicit calls from Washington for democracy in Egypt carry with them the risk of being interpreted as a threat, a statement to the Egyptian people themselves, or a reckless  jeopardizing of U.S. weapons sales to the dictatorship.

No such concerns weigh heavy in Washington now.

Before President Obama spoke yesterday, White House press secretary Robert Gibbs said the administration might cut the $1.5 billion in annual foreign aid sent to Egypt, contingent on Mubarak’s response to the demonstrations and the “legitimate grievances” of the Egyptian people.

Domestically, Obama can’t be seen looking impotent—unable to shape world events in the same manner that he seems listless here against raging unemployment and the arrogance of Wall Street.

Intelligence reports coming out of Egypt paint a picture of miscalculations from the regime of Mubarak that even tanks and guns cannot offset.

The images coming out of Egypt, courtesy of Al Jazeera, are reaching Americans (banal cable commentary aside), and impressions are forming.

Sure, Americans don’t know or care that for decades Egyptian elites and various corrupt Arab autocrats have played the role of secret enforcers for the American attack dog, Israel.

But the Arab and Persian street knows this fully well, without aid of the publication of leaked documents like the Palestine Papers, though that didn’t help the autocrats’ cause.

Political Cassandras are everywhere in the region and the U.S. where disinformation and spin usually carry the day or at least the media cycle.

As Ali Abunimah writes in The Electronic Intifada:

We are in the middle of a political earthquake in the Arab world and the ground has still not stopped shaking. To make predictions when events are so fluid is risky, but there is no doubt that the uprising in Egypt—however it ends—will have a dramatic impact across the region and within Palestine.

If the Mubarak regime falls, and is replaced by one less tied to Israel and the United States, Israel will be a big loser. As Aluf Benn commented in the Israeli daily Haaretz, “The fading power of Egyptian President Hosni Mubarak’s government leaves Israel in a state of strategic distress. Without Mubarak, Israel is left with almost no friends in the Middle East; last year, Israel saw its alliance with Turkey collapse” (“Without Egypt, Israel will be left with no friends in Mideast,” 29 January 2011).

Direct intervention by Israel and the U.S. on the side of Mubarak now would be foolhardy indeed. As would any other military-police assistance.

Hope has a way of spreading through a region like a virulent contagion, causing dictators to shake in fear. Romantic ideals of coming death to oppressors? Hardly.

Self-defense for the West will soon force it to quietly demand the ouster of Mubarak.

American neocons and the Lobby are now saying the uprising is the offspring of George W. Bush.

The sheer scope and magnitude of this uprising leaves one with the distinct feeling—if not the empirical basis—to state that Mubarak’s days are numbered.

As Daniel said to the drunk-with-power King Belshazzar of Babylon [currently an Iraq of sorts], “[Y]ou have been weighed on the scales and found wanting.” 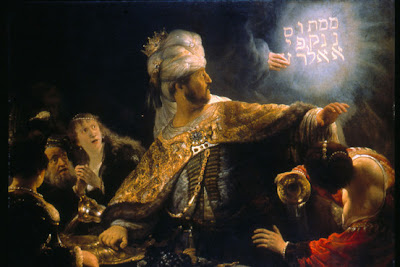