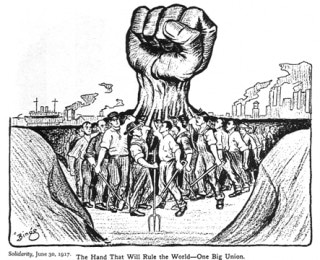 Sarah Palin, is calling for sacrifice on the part of the working people of Wisconsin.

That was my first laugh this morning, a derisive laugh but many days start that way for news junkies. So much of what I read and see over morning coffee drives a growing cynicism and an anger that smolders beneath the surface and slowly grows.

The issues driving the crowds of people in Cairo and Tunis, in Benghazi and Bahrain are the same as those smoldering and now threatening to rise in flames in Wisconsin.

The widening gulf between those who hold all the wealth in our various societies, those who manipulate the strings of power and the mass of people who produce that wealth with their sweat and labor, has widened to a point that has become intolerable even among the normally complaisant.

At the same time people are becoming aware that there are different sets of rules, laws even tax codes on opposite sides of the divide. As Leona Helmsley famously said “Only little people pay taxes.”

We watch as the wealthy stack the deck in their favor, rake in all of the chips, so many that the bank breaks and they expect the working classes to sacrifice and cough up whatever is necessary to keep the game alive and bail them out.

For three decades, under the sleight of hand of “trickle down” economics, the capitalist power elite has waged a steady siege against the world’s working classes. They have weakened and attempted to destroy the voice and power of our unions, they have sought to eliminate our rights to collective bargaining, all the while shipping jobs offshore where they can profit from the lack of labor and environmental law and the participation of oppressive regimes.

Their goal has never been more obvious. Cheap labor and high profit; capital wants labor that can produce $65 NFL T-shirts for eight cents apiece. They go to El Salvador where they have engineered a “free trade zone,” where they have available to them a workforce stripped of human rights and held in conditions of medieval servitude and exploitation.

Free trade zone is a code phrase for cheap exploited labor, environmental crime, and working conditions that are dangerous, unhealthy and unacceptable anywhere in the world.

The people of Tunis and Cairo are similar to the people of Madison, their smoldering rage has similar causes, there are, perhaps, differences of degree, but when the flame is lit, it burns with equal intensity no matter the cause.

The working people of Madison, Wisconsin are resisting the creation of an American “free trade zone.” American workers fought and died for the right to fair wages and benefits, safe working conditions and the right to bargain with employers, all employers, to maintain those conditions.

Capitol seems to have a short memory and it is time that they received a refresher course in the awesome power of the solidarity of working people in all parts of the world.

Madison and Marrakesh must stand together for human rights and freedom, for human dignity and for a release from the exploitation of labor by international power elites.

At the founding convention of the IWW, organizer Joseph Ettor said:

If the workers of the world want to win, all they have to do is recognize their own solidarity. They have nothing to do but fold their arms and the world will stop. The workers are more powerful with their hands in their pockets than all the property of the capitalists. Chicago 1905

It’s time to put our hands in our pockets…loudly.

A Call to Action
Wisconsin: The First Stop in An American Uprising?