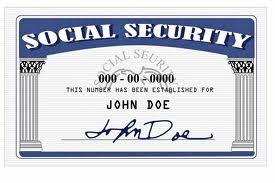 Are you a college student or young worker getting started on your career? Curious what that FICA tax is that comes out of your paycheck? Want to know how Social Security can help young people? The Social Security Administration (SSA) will answer these questions and more during their upcoming webinar, “Social Security 101: What’s in it for me?”  The webinar is designed to reach college students and young workers around the country and will focus on Social Security issues of special importance to them – disability and survivors insurance, financing principles of the program, how workers and their families qualify for coverage, and steps to plan and save for their financial future. The webinar will also include live Q&A session.  Watch the interactive broadcast on Thursday, March 10, 2011 at 3:00 p.m. EST. Participants can RSVP and view the webinar by going to http://www.socialsecurity.gov/webinars/social_security_101.html