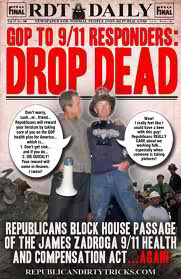 Just in case anyone missed the title of this piece, allow me to repeat it. “The GOP doesn’t want to govern – they want to rule,” and anyone with an objective mind should be able to see it. But unfortunately, politics is much like religion – no matter how much evidence is brought to bear that a person’s preacher is a hypocrite, a crook, and a pedophile, many of the people in the church will refuse to believe their lying eyes, because it’s not what they want to see.

In such a case, all the preacher would have to say is, “The Lord came to me in a dream and commanded me to lay down with that 14-year-old girl. At first I couldn’t understand it. So I asked, ‘But Lord, how can you ask me to commit such a horrid offense? I have a family and a loving wife of 22 years, and this young girl is but a mere child!’ But the Lord said, ‘Let my will be done, my son. It is better for this child to learn the error of her ungodly ways under your gentle hand, than through the brutality of the street.’ So as a servant of God, I had no choice but to do his will.”

And by the time the preacher is done, half the people in the church would be saying, “Amen! You a servant of God – you gotta do his will.”

Sound ridiculous? Of course it does, but no more ridiculous than the GOP telling us that we must sacrifice the well being of our own families to subsidize international corporations and the top 2% of the wealthiest people in this country, and that’s exactly what they’re doing. The GOP has convinced a sizable number of Americans that the desire to protect their own families from corporate abuse is due to the socialist influences in society. 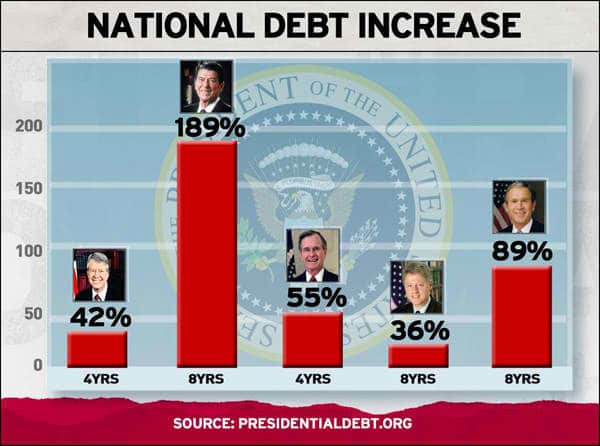 And many of us are buying into that nonsense, hook-line-and-sinker, in spite if the fact, that the facts are clear. The GOP could care less about the well being of poor and middle-class Americans. In fact, it is their intention to destroy the middle class, because a vibrant and educated middle class is an obstacle in the way of total corporate control of America. But just like the members of the church mentioned above, we’re refusing to believe our lying eyes.

In the 50’s, 60’s, and 70’s, big business and labor had a symbiotic relationship. American corporations would hire the poor and middle class and provide a job with a living wage and good benefits for life. As a result the working class had the money to purchase the products that the corporations produced, and spread money throughout the economy by going on vacations, and buying homes, cars, and appliances, etc. Thus, business and labor had forged a perfect relationship, and America thrived.

Then under the Ronald Reagan era of reckless deregulation the corporatists became greedy and began to embrace a scheme hatched by U.S.C. Professor, Arthur Laffer, called supply-side Economics, or “trickle down,” if you will.The theory behind this scheme that came to be known as “Reaganomics,” was ostensibly, if you cut taxes for business and people in the upper tax brackets, then deregulated business of such nuisances as safety regulations and environmental safeguards, the beneficiaries would invest their savings into creating new jobs. As a result, business would prosper, and the money would eventually “trickle down” to the rest of us. In addition, the resulting broadened tax base would not only help to bring down the deficit, but also subsidize the tremendously high defense budget. 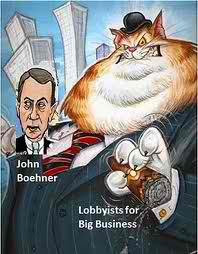 When the plan was first floated, even George Bush Sr, Reagan’s vice president to be, called it “voodoo economics.”And Bush Sr was right. What actually happened was instead of taking the money and investing it into creating new jobs, the money was used in wild schemes and stock market speculation. One of these schemes, the leveraged buy out, involved buying up large companies with borrowed funds secured by the company’s assets, then paying off the loan by selling off the company one piece at a time. This practice was a major contributor to destroying our industrial base, and changed America from a producer nation with plenty of jobs, to a consumer nation with very few.

In addition, the bottom fell out of the stock market. On Monday, October 19, 1987 the Dow-Jones Average fell 508.32 points. It was the greatest one-day decline since 1914 – 15 years BEFORE the Great Depression (Isn’t it curious how these things always seem to happen under Republican presidents?).

Now our economy is no longer insular. We’re in a global economy. What’s left of formerly American corporations are now international, and spread out all over the world. That has brought about two major changes. First, corporations no longer have to depend on American workers to buy their goods. They now have markets all over the world, so they’re they’re much less concerned about the economic health of poor and middle class Americans.  Our only value is as a piggy bank when they need to be bailed out, or to be squeezed – like now, by sending jobs overseas – when they want to manipulate our political system  or want concessions from the government.

Secondly, corporations now have to compete with countries where workers make less a week than many American workers spend on lunch per day. So the standard of living of the American middle class has become a liability that must be corrected, and the GOP is being subsidized by the corporatists to do just that.

Thus, what Gov. Walker of Wisconsin is engaged in has absolutely nothing to do with the budget or the deficit. The public employee unions in Wisconsin had already agreed to make the necessary concessions to cover budgetary shortfalls. Gov. Walker is engaged in union busting in order to cut the legs from under middle class workers. That would serve two useful purposes – it would both bring down the standard of living of the middle class, and it would also leave the poor and middle class without an organized front to oppose the GOP in coming elections.

I’ve been discussing this issue for quite some time now. That’s one of the reasons that I’ve been so fixated on the United States Postal Service. I’ve long since recognized that the theft of wages, employee abuse, and the general mistreatment of postal workers with impunity represents a fundamental change in the U.S. government’s attitude toward the nation’s poor and middle-class workers. I started predicting several years ago that the postal service is a microcosm of what is in store for the rest of the nation, but I’ve found that trying to warn the public of a pending threat is like spitting in the wind. But now, in Wisconsin, the chickens are coming home to roost.

THE GOP: A ONE HUNDRED YEAR RECORD OF SWINDLING THE AMERICAN PEOPLE