We encourage you to browse our list so that you can take what you want and keep what you need….

6. Gates urges NATO not to leave Afghanistan ‘prematurely’.  In a sternly worded address to the 48 countries contributing troops to the Afghanistan War, Defense Secretary Robert Gates warned against prematurely wavering from promises made to see the fight through to 2014, in order to score political points.

7. Controversial activist preparing another balloon launch in S. Korea.  Balloon by balloon, Park Sang Hak is waging a not-so-quiet war against North Korea. Parks group, Fighters for Free North Korea, is planning another launch as early as next week, a move that has particularly riled the North, which is threatening to fire on the groups launch site at the Demilitarized Zone.

8. Report: Army wasting millions on untested, unneeded gear.  To give soldiers every advantage on the battlefield, the Army is purchasing 181 high-tech communications kits at $800,000 a pop

10. VA Expands Caregiver Program. St. George (UT) Spectrum Veterans Affairs “pilot program of the Resources for Enhancing Alzheimer’s Caregiver Health…has shown great success in reducing stress on caregivers while improving care outcomes for veterans.” The department will roll the program out “on a national basis through … 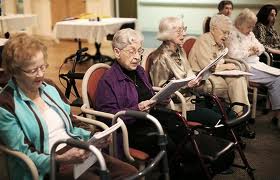 VA’s Community Living Centers are participating in nationwide campaign to make nursing homes better places to live, work and visit. VHA and the Advancing Excellence in Long Term Care Collaborative on Feb. 1 signed a Memorandum of Understanding allowing every VA Community Living Center to participate in the Advancing Excellence in America’s Nursing Homes campaign. Advancing Excellence is the largest voluntary national coalition working to assist nursing homes to improve the quality of care for residents and work environment for staff. Nursing homes that have participated in this initiative have made faster progress in improving in key areas such as reducing rates of pressure ulcers, improving management of pain, and significantly reducing use of physical restraints. VA is considered a national leader in the cultural transformation of nursing homes to community living centers. Twenty-eight national organizations representing nursing homes, health care professionals and direct care workers, quality improvement experts, and consumers are participating in the campaign.www.nhqualitycampaign.org