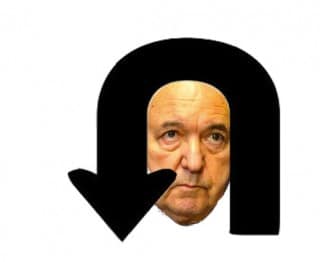 If I had known then what I know now, the Goldstone Report would have been a different document,’ writes Richard Goldstone in an attempt to retract his own UN report.

And yet I wonder: how different would it be?  How different could it be? Goldstone is impressed with Israel dedicating some  “significant resources to investigate over 400 allegations of operational misconduct in Gaza’, but it somehow leaves me bewildered.

Let us assume that at the time Goldstone and his team looked into the cold blooded murder of more than 1400 Palestinians, they would also be aware of an Israeli enquiry. What difference would it make?

‘For example,’ says Goldstone, ‘the most serious attack the Goldstone Report focused on was the killing of some 29 members of the al-Simouni family in their home. The shelling of the home was apparently (according to the Israeli investigation) the consequence of an Israeli commander’s erroneous interpretation of a drone image, and an Israeli officer is under investigation for having ordered the attack.’

For some peculiar reason, Goldstone allows Israel to reduce its institutional responsibility for a colossal war crime, into a chain of local errors, made by a few low rank officers who may, or may not, face criminal charges.

One should remind Goldstone that the decision to use artillery and carpet bombardment in Gaza wasn’t taken by ‘some’ military commanders on the ground: these decisions were taken by a democratically elected Israeli cabinet. Furthermore, these decisions were supported at the time by 94% of the Israeli Jewish population.   The decision to rain barrages of white phosphorous over the most populated place on this planet was a strategic decision, and it was taken by Israeli military high command.  The fact that Israel (may) sacrifice the military career of one Moishe’le or two Yank’le doesn’t change the validity of Goldstone original report at all; it only proves that Israel fails to take responsibility for its actions.

The Israeli ‘enquiry’ should actually be interpreted as a typical act of Zionist cowardice, for the Jewish state fails to admit its collective responsibility for the atrocities it committed in the name of the Jewish people, and in the name of the Goldstones of this world. Instead of taking responsibility then, Israeli politicians now want to put the blame on Israel’s soldiers.   And for some reason, Goldstone would like the Hamas to do the same: Goldstone (the new master of the U-Turn) foresees the Hamas behaving like Israel i.e.  involved in spin and deception. He basically expects the Hamas to zigzag like himself.

But the Hamas is clearly made of better material — unlike Israeli politicians and Goldstone, the Hamas takes full responsibility for its actions. It openly and proudly resists the racist Jewish state. It is not trying to place the blame on some anonymous grass roots freedom fighters — The Hamas is sending love letters to the Palestinians’ stolen land. Indeed, some send messages in bottles; the Hamas send them in rockets. But the message is beautiful, simple and clear.   ‘My lands, my soil, don’t lose your hope on us. We are here surrounded by barbed wire, but time will come soon for us to unite.’

In his convoluted Washington Post apology, Goldstone reveals a severe lack of understanding of Israeli militarism, its role, and its operational philosophy. Israeli strategy is based on the power of deterrence. Israel is there to terrify its neighbours, through death, and carnage.  Israel believes that through shock and awe, it can exhaust the Palestinians, and break their spirit. Every so often, the Jewish state exercises a genocidal act — and the numbers of Palestinian fatalities speak for themselves. More than 1400 Palestinians died in Gaza during Operation Cast Lead: they died because Israel believes that Jewish future security is a function of the pain it inflicts upon others. The Goldstone report exposes the criminality that is imbued within Israeli militarism, and Goldstone’s current attempt to dismantle his own report cannot wash away his original findings.

I tend to agree that Goldstone’s U Turn was surely inevitable: the history of Jewish animosity towards dissidents has long been firmly established, and in the last two years Goldstone and his family were subject to enormous pressure and social exclusion. It is more than likely that Goldstone was torn apart by it all.   But the time has surely come to admit that we have reached the point of no return: we have to free our intellectual, spiritual and ethical life from any trace of Zionist ideology, from people who may have Zionist views or may have even been affiliated with Zionist philosophy.

I believe that ethical discourse should move beyond any form of Judeo centric ‘ethical zigzagging.’

ABOUT THE AUTHOR: Gilad Atzmon has described himself as a “devoted political artist.” He supports the Palestinian right of return and the one-state solution in the Israeli-Palestinian conflict. His criticisms of Zionism, Jewish identity, and Judaism, as well as his controversial views on The Holocaust and Jewish history have led to allegations of antisemitism from both Zionists and anti-Zionists. Read Full Bio