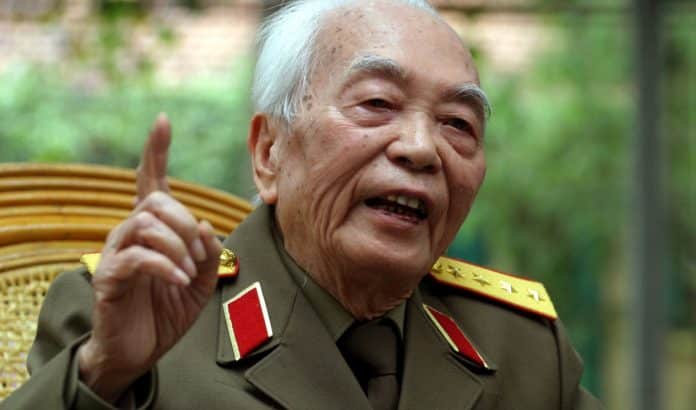 As I look back at some of the world’s military leaders and heroes, one that we cannot of course forget is General Vo Nguyen Giap.

I understand his book “General Vo Nguyen Giap: The General Headquarters in the Spring of Brilliant Victory” has been translated into English.

We might have/should have learned some lessons from Giap – and is perhaps more pertinent today as we slowly but steadily encroach on more and more sovereign territory throughout the world.

The review is worth reading -, especially from a former POW and scholar.

“There are five principal lessons that come out of Giap’s memoirs. The first is the importance of understanding an insurgent adversary’s history, geography, and culture. The second is to not underestimate any asymmetric enemy. The third is that the use of military force is but one component of a successful campaign strategy. The fourth is the criticality of ideology and the charismatic energy injected into that ideology. And the fifth is that the people and the governing institutions of North Vietnam were prepared to endure longer than were the people and government of the United States.

The last message comes forth throughout the text. From the outset, as Giap reflects, there was never any thought other than continuing the fight until the United States tired of its involvement in Vietnam. This important lesson–that conflicts couched in the rhetoric of peoples’ wars can continue for many years and even decades–is one of the most significant from the Vietnam War and, certainly, an extremely relevant message of this book.”