The leaders of NATO’s 13th March 1999, in Brussels at a secret meeting made a decision to bomb Serbia. The same day NATO war headquarters for the Medical Corps meeting was held, chaired by Bernard Kouchner, who was already set for the first UN High Representative for Kosovo. According to the operational plan of aggression against Serbia, medical and rescue teams to the field should to play a major role after the expulsion of Serbian security forces from Kosovo. Kouchner stressed the importance of medical and medical teams dropping reference to the experience Croatia and Bosnia.

At this meeting made ​​the following conclusions:

2) When Cleaning up after the defeat of the army and police, agents use strong chemicals to prevent identification of the fallen through standard pathological methods, and even DNA analysis.
3) The medical staff of NATO can not provide assistance to seriously wounded, but they have to eliminate Serbs by euthanasia (intentionally causing death, usually using some poison).

4) Keep the doctors and nurses after the capitulation of peoples from Serbian origin, that they have seized personal documents and to commit themselves to years of service in hospitals in Albania.

5) Abandoned children under the age of eight years should be taken to have saved the military NATO hospital in Vlore (Albania). (ICTY investigators have found evidence of existence 10 of this hospital, in which Serbs captured extracted organs: kidneys, liver, heart, spinal cord).

6) It is easier for wounded soldiers, policemen and citizens of Serbian descent who do not have damaged vital organs to transfer to a military hospital in Vlore. (R.K.)

He would later determine that a team of doctors and medical staff of Serbian retreating Army and police from Kosovo, were transferred to NATO base Bondsteel near Ferizaj. It became a hospital for the removal of organs not only captured and kidnapped Serbs and other non-Albanians, but also unfortunate girls who are from many parts of the world were brought to entertain NATO troops, KFOR and the police, UNPROFOR.

The latest data from Kosovo say that from Camp Bondsteel between six and14 aircraft flies daily for which there is reasonable suspicion of transporting bodies in hospitals of Western European countries, mostly in the Royal Hospital in London.

Recently the initiative of Russia and the Council of Europe launched an investigation on organ trafficking in Kosovo. The investigation is not finished yet, but initial results indicate the involvement of Kosovo international forces in the crime.

The top people at NATO Wesley Clark and Javier Solana knew that international forces in Kosovo organ trafficking and dealing drugs, and may have were involved in these activities! Specifically, 15 August 2001. in a rented villa in the Swiss Alps met a former NATO supreme commander, U.S. General Wesley Clark and Javier Solana, NATO Secretary General. Transcript of the conversation of the two top people at NATO, confirms many concerns related to trafficking in human organs and illegal drugs trade. We recall that the trade in human organs involved and the investigators of the Hague tribunal, but has recently been launched on the initiative of Russia and the investigation of this problem in Council of Europe. That evening at home with them were present and two girls, whose role was to improve the mood of the two powerful men. They spoke in a relaxed atmosphere with a glass of drink.

Clark: In these days I will visit Kosovo …

Solana: Be careful, Kosovo is full of gangs of drug dealers. There is no law, no control … Well, big mistake we made ​​when we opened this (the Albanians) to rule.

Solana: It’s CIA operatives … They are important not only to drugs and their jobs …

Clark: Yes, I know that down … Often I go to Kosovo, mostly incognito, so safer. But now I have to do a job. Need to transfer cargo to Fort Beach.

Solana: I guess not so urgent … Do you think the authorities?

Solana: It works well Bondsteel. Shlafkok (man in charge of security bases.) and Kouchner (Bernar, the first head of UNMIK, the ex-foreign minister of France, the investigating authorities Hague tribunal examining its relationship to human bodies.) excellent do the job …

Clark: Yes. It seems that it is now urgent. Constantly held some meetings with General Anderson. When I finish it, I hopped a little way to Serbia. What do you think will make me wait?

Solana: Do not worry, be obedient. These in Belgrade are much more obedient even than those in Podgorica. In Montenegro, are subject to change presidents, but still pulling all the strings Milo, because money buys all. Once you were in Belgrade, avoid contact with Kostunica and his people … You know, relations between him and Djindjic have been quite chilled … However, I think that Djindjic is right … Kostunica is inconvenient for cooperation. You know, when you talk with him, always listening carefully, but end of the the conversation always gets hot stuff … With him, we never could get to the end or agree on anything …

Clark: What do you think, how they will react to this around the TV station? You know that I am in the book wrote that I personally selected the targets …

Clark: But I also know how much I was pressed by Clinton to bomb Serbian television …

Solana: What we know is our secret! This dare not to talk with anyone!

Solana: But tell me, Wesley, how’s it going with the privatization of enterprises in Kosovo? Who is
there of our friends?

Clark: We have experts who set the main say in the provisional government of Kosovo.The chairman of the Fred Barlow, who know only from the highest authorities in Prishtina. Political conductor of the Madeleine, which, along with Richard (Holbrooke), buys everything worth in Kosovo. They are so diversified businesses, often think that one day it will move to live in Prishtina.

Solana: Wesley, something I was informed last night that there was a disagreement between

Kissinger and Brzezinski, but remained incomplete. What is it badly stored at the Pentagon?

Clark: Kissinger and Brzezinski have a cat and mouse, because it is constantly pursuing, but not one without the other. Enjoy the role, because they know that American policy makers. Closer to me Brzezinski, because he is more bellicose. If we had listened to him during the bombing of Serbia would not any more. Kissinger was a wimp and, as I said, in good faith. He criticized me for attack on the Belgrade television.

Clark: With Serbia will always be problems, because it is rebellious and belligerent people. When interviewed about the Serbs in Krajina, some of our suggested protracted war, and I cut and ordered to expel all Serbs from Krajina and Croatia to Croatia was quiet for decades. What war with them! They fled to the forests for years to embittered life of the Croats, because they have experience of partisan warfare.
Solana: Wesley, you know that I have given a free hand over the selection of targets and nearly me be extinguished career because of it. Conveyed to me that Clinton personally goaded NATO generals against me, because to him for this position more comfortable Italian Romano Prodi. Italians I most objected to the bombing did not prevent television. You’re right, Wesley, Serbia had to raze. I look at this from the Serbian government and, frankly to tell you, disgusted me, because the ordinary poltroons and sycophants.

Fans lightweight women
Clark: What are women like in Belgrade, you’re often in a visit to Belgrade?

Solana: All I will refer. Serbia had been neglected during the Milosevic era, but Women are much more beautiful. After the arrival of the Democrats to power the situation changed. For little money you can have the most beautiful women. In some ministries, the Serbian Government answering the most stunning beauty, who are willing to spend $ 500 for the night with a stranger. Incomes in Serbia are still miserable.

Clark: You seem to have great experience in this field.

Solana: I’ll give you the phone number of a man who has everything you need. There are also actresses, singers and stars, cream of the Serbian capital. 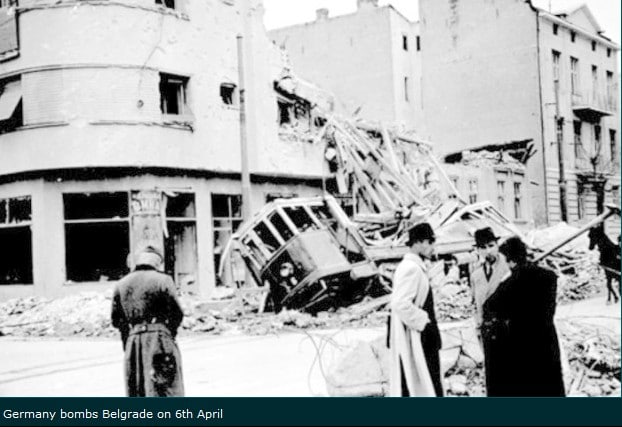