1. Spring fighting season to test gains in Afghan war.  Afghanistan’s fighting season will begin in full force by the end of this month as the trees bud and the last of the snows melt off the mountain tops – and with it, a chance to measure the success of NATO efforts to turn back the Taliban.

2. Overmanned Navy will ax 3,000 mid-career sailors.  A new quota-based enlisted retention board will review 16,000 sailors with seven to 15 years of experience in the ranks of E-4 through E-8, in 31 different career ratings. The reviews will begin in August and will focus on signs of declining performance.

6. GHA awarded for work with homeless vets.  Daily News – Galveston County  The housing program is a joint effort of the housing authority and the US Department of Veterans Affairs. “The award was a great honor because I feel this is an opportunity to give back to our veterans who have done so much for our county,” Michelle …

7. Due to Agent Orange, veteran awarded $459700.  Wilmington News Journal, OH  A local Vietnam War veteran has been awarded a $459700 benefit because of their exposure to the herbicide Agent Orange during the war and the later onset of ischemic heart disease. The US Department of Veterans Affairs (VA) completed a rating decision …

9. Filipino, US war vets welcome new VA hub in Manila.  GMANews.TV  During the inauguration, US Department of Veteran Affairs Manila Director Jon Skelly also presented a symbolic key to American and Filipino veterans in attendance. The outpatient clinic is equipped with modern facilities and state-of-the-art … 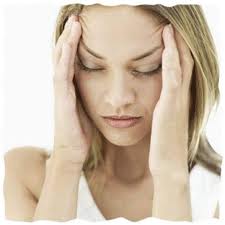 This April, during Stress and Alcohol Awareness Month, take time to educate yourself and your loved ones about the dangers of stress and alcohol abuse.

Stress
It is important to relax, renew, and rejuvenate. Work demands, financial pressures, family problems can lead to stressful lives. Stress can negatively impact your health and can lead to a wide range of disorders such as: headaches, stomach disorders, depression, strokes and heart disease.

Fortunately, there is a treatment for some stress-related health issues which are low-cost, fast-acting, and highly effective – it’s called “relaxation.” Whether you relax by reading, jogging, playing with pets or spending time with family and friends, for the sake of your health, take time to unwind.

Possible Signs and Symptoms of Stress: