“This peace process is no more… This is an EX-PEACE PROCESS!”

In an article Mobilizing for September? Jeff Halper, Director of The Israeli Committee Against House Demolitions (ICAHD), shares his thoughts on the collective action that must be taken between now and when the window of opportunity for applying for statehood opens in September.

As he rightly says, the Palestinian Authority over the years “has failed to mobilize its greatest resource and ally, grassroots activists the world over”. It also needs to provide them with guidance and leadership. “We have no idea where the PA is heading.”

So it has been left to the likes of Halper to explain the Palestinians’ options in September and inject some semblance of debate into the situation facing supporters, activists and that shabby excuse for a government in Ramallah that’s more of a hindrance than a help.

To start with… no more pointless talk of negotiations. “The interminable peace process, says Halper, “serves one purpose only: prolonging the Israeli Occupation.” 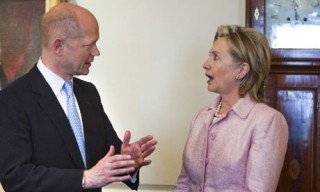 Many would go further and say that the US, Britain and the EU have connived with Israel to prolong the Occupation to the point where they hope it will become irreversible. Washington and London won’t take kindly to a declaration of statehood unless it’s made clear to them by a coming-together of civil society across the world that there’ll be trouble, with a capital T, if they don’t do the right thing by the Palestinians and curb the twisted ambition of their Zionist bosom-pals.

Although Clinton and Hague still chirp about “re-starting talks”, the idea is as dead as the parrot in the famous Monty Python sketch, which might have been written specially for the Quartet ‘peace boutique’ and its gormless salesman…

Palestinian Authority: I wish to complain about this peace process what I purchased not half an hour ago from this very boutique.

PA: Look, matey, I know a dead peace process when I see one, and I’m looking at one right now…

And so on… If you’re a ‘Python’ fan you’ll know the ending says it all.

PA: ‘E’s passed on! This peace process is no more! He has ceased to be! ‘E’s expired and gone to meet ‘is maker!

‘E’s a stiff! Bereft of life, ‘e rests in peace! If you hadn’t nailed ‘im to the perch ‘e’d be pushing up the daisies!

‘Is metabolic processes are now ‘istory! ‘E’s kicked the bucket, ‘e’s shuffled off ‘is mortal coil!!

THIS IS AN EX-PEACE PROCESS!!

No, please don’t. This is where we finally close the chapter on ‘Pointless Talks’ and fast-forward to ‘Law and Justice’. Whatever Mr Obama, Mrs Clinton, Mr Cameron, Mr Hague, et al may think, applying for statehood is now the only game in town.

“Ideally,” says Jeff Halper, “the response of the other three Quartet members [referring to the United Nations, the European Union and Russia] would be to formally declare the ‘peace process’ ended, opening the way to the only other alternative, the acceptance in September of Palestine as a member state of the UN within recognized borders…  it is crucial that the Palestinians declare it, making it clear that it was Israel that led to the collapse of negotiations. Only in that way can they prepare the ground for an independent state in September.”

The first has a Palestinian state within already-recognised borders – the 1949 armistice lines – accepted as a full member of the UN. There would be no need to negotiate territorial swaps, ‘adjust’ borders to accommodate Israeli settlements or accept exaggerated Israeli security demands.

Admission to the UN, says Halper, “would also end all ambiguity over occupation itself, which has allowed Israel to avoid accountability under international law…  East Jerusalem is Palestinian. Period. The Israeli presence in sovereign Palestinian territory is illegal. Period. Continued occupation by Israel, which would now clearly violate the most fundamental principle of sovereignty upon which the entire international system is based, would become intolerable. This would activate international sanctions on Israel that could not be prevented by the US and Europe.”

And the settlements? “Easy. All settlements built on private Palestinian land must be removed. As to the others, including the large settlement blocs, the Palestinian government could simply say: you, the settlers, are welcome to stay in your homes, but you will be living in Palestine, subject to Palestinian laws, with Palestinians free to purchase homes in your communities.”

Furthermore, by taking its place formally among the member states of the UN, Palestine would have full-ranking ambassadors in the capitals of the world and enjoy unmediated access to all the instruments of the international community: the right to introduce UN resolutions, to participate fully in international conferences and to pursue the application of international law against the Israelis, including access to the International Court of Justice.

And how would all this come about? The Palestinian ‘leadership’, assuming that anything worthy of the name and remotely credible can be brought into being by September, submits an application to the Secretary-General, confirming its obligations to the UN Charter. The application then goes to the Security Council. If it gains support from nine of the 15 Security Council members and all the five permanent members, a recommendation for admission goes to the General Assembly, which must approve it by a two-thirds majority.

Assuming the US vote in the Security Council is a “yes” or an abstention, the Palestinian application would receive near unanimous approval, according to Halper, But he adds: “The chances of the US actually allowing a Palestinian state to emerge in September is minimal, if only because Congress would not allow it.”

The second scenario sees Palestine’s application failing. It does not become a member state of the UN – at least, not straightaway. If the Security Council declines to recommend Palestine for membership, the General Assembly may send the application back to the Council asking it to reconsider. The American veto might then become an abstention, but all this would take time and the Palestinians would be unlikely to get a result in September. After that we’re into the tedious run-up to the 2012 US election.

Halper seems to feel the Palestinian Authority might then crumble and collapse, forcing Israel to re-occupy, which it could not afford to do even with all its US subsidies. “Merely the threat of that would inflame the entire Muslim world – and beyond. Even the threat of such a thing happening would force the hand of the international community. Whether the US would be pulled into joining international efforts to resolve the Israeli-Palestinian conflict once and for all or whether the rest of the world would simply pass it by is an open question, but the status quo would become intolerable.”

The present deadlock, if not resolved by the establishment of a sovereign Palestinian state with recognized borders, “will lead to collapse and chaos”. Halper expects the demise of the exhausted ‘peace process’ to provide new openings and possibilities, a new logic and strategy, and even introduce new players.

Members of the pro-Palestine movement, inside and outside the Occupied Territories, owe thanks to this courageous Jewish friend, Jeff Halper, for his clear thinking. Meanwhile much needs to be done to prepare the ground for the Palestinians’ Big Chance in September, little more than 100 days away.

There are many pea-brains eager to block the Palestinians’ bid for freedom. And they don’t all reside in the White House. Just a few weeks ago the British prime minister, David Cameron, was saying: “I want to be clear, we will always support Israel. For example, when Iran flouts its international obligations Britain is and will remain at the forefront of the international community in ratcheting up the pressure with tough sanctions. We will not stand by and allow Iran to cast a nuclear shadow over Israel or the wider region.” David Cameron’s Speech CST

It’s perfectly OK, apparently, for Israel to flout its international obligations and cast a nuclear shadow over the region and even Europe. People who are capable of such daft and dangerous pronouncements may stop at nothing to make Israel’s enemy Britain’s enemy. They’ve already done it with the Hamas government and with Hezbollah, as well as Iran, although none is a threat to Britain. That’s the mentality we’re up against.

So when can we expect to see Palestinian unity, leadership, integrity and promotional strategy all geared up to seize September’s Big Chance? When do we get mobilized? Has the PA got what it takes to secure a rightful future for its long-suffering people?

ABOUT THE AUTHOR: Stuart Littlewood is a marketing specialist turned writer-photographer in the UK. His articles are published widely on the web. He is author of the book Radio Free Palestine, which tells the plight of the Palestinians under occupation.Read Full Bio