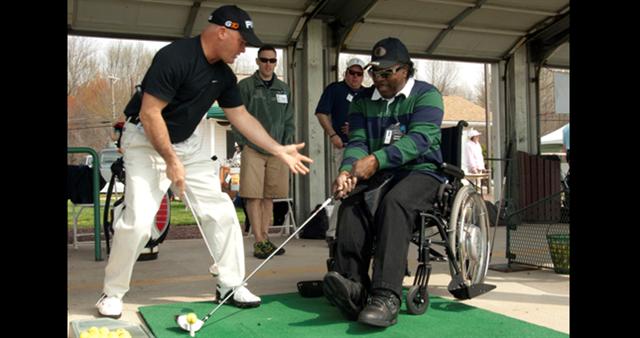 1. Spring fighting season is only just beginning, Gates says.  The annual resurgence of fighting in Afghanistan has begun, Defense Secretary Robert Gates said Thursday, but is not expected to reach full strength for another month.

2. A different type of tour, a very different Vietnam.  On Christmas Day last year, I received an unexpected present: an invitation to accompany a Brown University alumni tour of Vietnam as the tours lecturer. I accepted and began to practice my Vietnamese, something that I had not done since attending language school in 1968 and spending a year with the Vietnamese Marines in 1969-70

3. Study establishes depression, TBI link.  About 30 percent of traumatic brain injury patients will develop clinical depression, a level three times higher than the general population, according to a new study.

4. Wounded warriors get a chance to horse around.  Doctor appointments, medical tests and counseling sessions can get tiresome for wounded soldiers, particularly for a person accustomed to the grimy, rough-and-tumble world of warfare.

5. Former residents of Island seek reparations for Incheon assault.  Every September, thousands of U.S. and South Korean troops and veterans gather at this port city for pomp-filled ceremonies, speeches and even re-enactments, marking the anniversary of the Incheon Landing, a daring amphibious assault that became the turning point in the Korean War.

6. A Pentagon after Gates: What’s the new defense chief’s mission? When Defense Secretary Robert Gates took his post nearly five years ago, his top priority was salvaging the faltering U.S.-led war effort in Iraq. As he prepares to step down this summer, the Defense chief has a new mission: shaping the terms of the coming debate over how much the Pentagon’s budget should be cut to help close the nation’s yawning deficit.

7. For many veterans, time running out for trip.  St. Cloud Times  Center, US census and the US Department of Veterans Affairs. World War II veterans need to see their memorial in Washington, DC, before it’s too late. The urgency stems in part from the statistic that shows an average of 850 US veterans of the World …

9. New Mexico honors Shreveport veteran.  Shreveport Times  Cascio had been notified that he was among that state’s latest group of recipients of the medal, which was created by the Legislature in 2008. Louisiana Gov. Bobby Jindal and state Veterans’ Affairs Secretary Lane Carson usually present the medals, …

10. Veterans Hotline: House committee studying potential VA cutbacks.  Craig Daily Press…A plan is being studied by the House Budget Committee to cut $6 billion annually in US Department of Veterans Affairs health care costs by canceling enrollment of any veteran who doesn’t have any service-related medical condition and is …

Philadelphia Vets Take to the Links

Amputee Veterans in the City of Brotherly Love turned out for the third annual First Swing Golf Clinic – a new approach to physical therapy and great chance for camaraderie. Read more