News relevant to the issues of trauma and PTSD

This Month’s Feature: PTSD and the law

Symptoms of PTSD can range from mild to severe. At times the symptoms may make it more likely that the sufferer will get in trouble with others, or with the law. Although thoughts, level of arousal, and feelings may be affected by PTSD, there is no evidence that even severe PTSD in anyway causes criminal behavior (see Criminal behavior and PTSD).

At the same time, recent legal cases have considered combat stress as a mitigating factor at sentencing. PTSD can affect the way a person sees, thinks, or responds to people and situations. Trauma survivors with PTSD may be more prone to feeling threatened in situations, even when this is not warranted.

Anyone who experiences trauma, including those who deal with PTSD, can get care (see Where to Get Help for PTSD). Effective treatment can reduce symptoms. This may decrease the chances of getting in trouble with the law. For U.S. Veterans who experienced trauma in service to our country, resources exist to help ensure that needed care is provided.

There is help for Veterans with PTSD who may get in trouble with the law. Programs from VA and others give justice-involved Vets the chance to get treatment rather than face time in jail if they are dealing with mental health issues. State legislatures support Veterans by directing courts to address the mental health status of Veterans in their courts. In many communities, police and other law enforcement are trained to handle mental health crises and to ask if a person is a Veteran. The focus is on treatment, rather than on incarceration.

VJO’s help Veterans get access to VHA mental health and other VA services and benefits. They work with public defenders, providers, community and Veterans organizations, the courts, and others to find ways to help justice-involved Veterans rather than punish them.

In many communities courts are set up to help Keep Veterans with PTSD out of the Justice System. These courts help get Veterans who are in need of mental health or substance abuse treatment the treatment and tools for readjustment that they need. Only Veterans charged with non-violent crimes may go to treatment court.

To prevent homelessness and other problems associated with leaving prison, this program helps provide information to Veterans while they are incarcerated so they may plan for re-entry themselves.

For Providers and Researchers

Changes in cognition, heightened arousal, and a range of emotional issues may increase the likelihood that persons with PTSD will get in trouble with others or with the law. The new issue of the PTSD Research Quarterly: PTSD and the Law: An update (PDF) and Criminal Behavior and PTSD: An Analysis provide you with more detail on this issue.

Community Support for those with PTSD

Education and increased awareness can help prevent incarceration of persons who are dealing with mental health issues. Law enforcement officials, college counselors, employers and coworkers can learn more about common reactions following war and other trauma, including Understanding PTSD.

NOTE: Over the next year, watch for our new Toolkits which are under development.  These toolkits will serve a variety of other providers, including Chaplains, Employers and Educators.

More information for specific audiences found on the PTSD and other VA websites:

To help Veterans with PTSD in the Justice System there are programs to help Veterans who are dealing with mental health issues get care instead of being incarcerated; programs including the Veterans Justice Outreach Program and Veterans Treatment Courts, outlined above.

A letter for the community (April 30, 2009) from the VA Under Secretary for Health: “Information and Recommendations for Services Provided by VHA Facilities to Veterans in the Criminal Justice System” describing VA’s role for these individuals.

Because April is Sexual Assault Awareness Month we take this opportunity to tell you about research related to military sexual trauma (MST) going on at the Center’s Women’s Health Sciences Division. In addition to work being conducted in collaboration with the Dissemination and Training Division examining MST among men and women in VA as part of the MST Support team, staff are continuing a longitudinal project tracking males and females who were Marines stationed at Parris Island examining their experiences in the military, particularly MST. Of particular interest are whether these experiences are associated with PTSD, other clinical outcomes, suicide, or health-risk behaviors. Staff of the Division are also analyzing data from their national survey of returning OIF/OEF Veterans to determine the effects of MST, combat, and the combination on women and men. 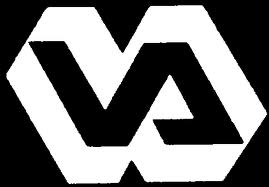 This site contains resources for VA providers working with Veterans who have experienced rape, sexual assault, and/or sexual harassment while in the military. Also find the Sexual Assault Awareness Month Support Package, which includes brochures and outreach materials in both English and Spanish.

Please encourage your colleagues and others to subscribe to this monthly listserv!