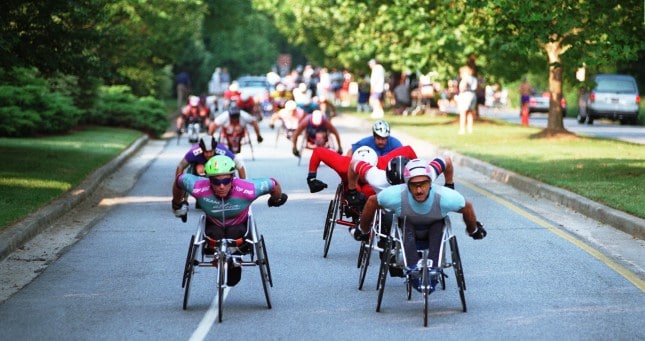 2. Major shake-up coming soon for top military officers. Within weeks, roughly a dozen of the U.S. military’s most popular and highest-ranking officers will begin rotating out of some of the highest-profile jobs in the armed forces.

3. Teen succeeds where Army fails in recording Arlington graves.  When 17-year-old Ricky Gilleland heard about the mismanaged gravesites at Arlington National Cemetery, he said, “I can fix that.” And he did, creating a digitized record of the Iraq and Afghanistan veterans buried in the cemetery.

4. Defense lawyer to ask Fort Hood CO not to pursue death penalty. The attorney for the Fort Hood shooting suspect plans to urge the Texas Army post’s new commanding general not to seek the death penalty in the case, he said Tuesday.

5. Former AFGE union leader in Denver pleads guilty to embezzling $5500.  Denver Post  Heather Lynn Grover, a loan specialist with the US Department of Veterans Affairs, was ordered to repay the union and sentenced to a two-year diversion after which the felony charge may be dismissed, said Jefferson County District Attorney spokeswoman …

6. County merges several services.  Stockton Record  The shift will put the Veterans Services Office into the Health Care Services Agency. Eventually it would be relocated, but the site depends on whether the US Department of Veterans Affairs chooses to put a new medical facility in French Camp or in …

7. Veterans being urged to tap health care benefit.  Chicago Sun-Times  Maughan and other vets came out Tuesday afternoon to learn more about the no-cost health care they earned through the US Department of Veterans Affairs. “I always thought because I have medical insurance and reasonable income, I couldn’t qualify,” said …

8. Veterans clinic sees an increased need in patients, women’s services. SCNow   The US Department of Veterans Affairs (VA) said it requested just over 132 billion dollars in federal funding for next year. An agency spokesperson said that money would go toward veteran programs across the country. …

9. Wounded veteran gets 15-year sentence for trafficking painkillers.  Daytona Beach News-Journal….The Department of Veterans Affairs would be willing to provide treatment to help Douglas break his addiction, said Sherri Claudio, justice outreach coordinator for the Department of Veterans Affairs in Orlando. She added that she was not in court as an …

10. Madison Attorney Providing Free Legal Services To Vets.  Patch.com  Between now and then, they should give some thought as to how they would like their legal affairs settled, says Madison veteran, volunteer, and lawyer Ryan Suerth. On that Saturday, Suerth will be providing his legal expertise free to veterans. …

Some Veterans training for the Paralympics will be able to qualify for a monthly allowance from VA, under a new program to help disabled Vets take part in competitive sports. Learn more at VA’s blog VAntage Point.