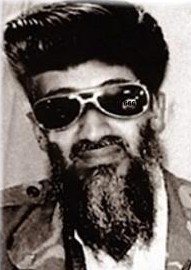 “Look on this as a kindness, Americans no longer have to play “Where’s Waldo,” on the most dangerous landscape on Earth, perhaps giving their lives in the process…looking for a ghost.  Published article VT “PRESIDENT OBAMA ANNOUNCES: BIN LADEN STILL DEAD (updated continually, videos-photos)” Posted by Gordon Duff

Archaeologists, scientists, mathematicians, comupter engineers, financial banking barons, and political cronies from across the globe have begun scouring this Afghanistan, Pakistan, Libya, Egypt, Iraq, Syria, Lebanon, and Palestine sites for other hidden ancient oil and opium treasures.  An analogy of robbing or transposing ancient treasures  of Holy Grail myth to increased U.S. Imperial theftand confiscations. It is suspected that the hallucinogenic U.S. operators of Temple of Doom have severe sun stroke and up to six Crystal Skulls may still remain undiscovered possibly to be used as future ghost traders juicing worthless fiat paper IOU’s. . Progress has been slow as workers have to out run U.S.Imperialistic war mongers [DU} munitions bombardment reality up to twelve times a day.