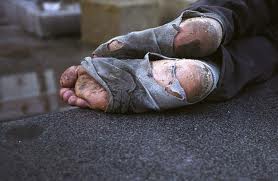 1. Worldwide travel advisory issued for U.S. citizens overseas.  The State Department issued a worldwide advisory to U.S. citizens traveling and living abroad about the potential for anti-American violence in the wake of the killing of Osama bin Laden.

2. In Europe, troops express relief, joy over bin Laden’s death.  As word spread of the death of Osama bin Laden, servicemembers around Europe were relieved but cautious, wondering what follows the killing of the man whose murderous plan had sent them to war a decade ago.

3. Troops surprised, relieved over bin Laden’s death.  Shock and awe. That’s how U.S. servicemembers around the world reacted to the news that 9/11 mastermind Osama bin Laden had been killed.

4. Obama wants to maintain ban on open gays for now.  The Obama administration wants a federal appeals court to maintain the ban on openly gay servicemembers until the Pentagon is ready for them, probably by the end of the year, and to reject a demand for an immediate halt to “don’t ask, don’t tell.”

5. Dodgers to provide free tickets to military members during month of May.  Los Angeles Dodgers….During the 2010 season, the Dodgers donated approximately 5000 tickets to the armed services, to groups including the California Department of Veteran Affairs, United States Navy Port Hueneme and Los Angeles Air Force Base. Twenty-five children from …

7. Soldiers with mental illness more often get PTSD.  Reuters  Between seven to eight percent of the general population eventually develops PTSD, according to the National Center for PTSD at the US Department of Veterans Affairs. The psychological toll — including flashbacks, “numbing” toward other people, …

8. Cardiocom set to cash in on health care reform.  Finance and Commerce  The US Department of Veterans Affairs recently granted the right for Cardiocom and five other companies to compete for $225 million worth of home health monitoring services contracts in the next five years. Cosentino expects revenue to grow to $15 …

9. San Ramon man fights to serve wounded warriors.  San Jose Mercury News  The US Department of Veterans Affairs takes care of injuries and, through the GI Bill, education costs. But there are other needs, such as getting a place to live, obtaining additional medical help and finding volunteers who can help with financial …

VA research is showing that tailoring primary care to Veterans coping with homelessness may be an effective way to improve their health and put them on the road to permanent housing. Several VA medical centers now have clinics that blend primary care with an array of homeless services, including mental health care and housing support. Studies show that the approach works. Research at the West Los Angeles VAMC found that a special clinic boosted access to primary care and curbed reliance on emergency care. Similarly, a trial at the Providence VAMC showed that “tailoring primary care to homeless Veterans can decrease unnecessary emergency department use and medical admissions and improve chronic disease management.” To read more on this topic in VA Research Today magazine, and to learn more about this week’s National VA Research Week activities at VA Central Office and nationwide, go to www.research.va.gov.