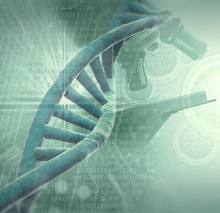 1. VA National Research Week. Each year, VA’s Office of Research and Development celebrates the accomplishments of its researchers and collaborating partners, and recognizes Veteran participants who make the research possible. Read more on Research Week 2011 on VA’s blog VAntage Point.

3. SMC veterans seek help for PTSD.  The Corsair  The United States Department of Veterans Affairs provides treatment for PTSD through local care centers. They also have nearly 200 specialized PTSD treatment programs. “They’ve done more now than they ever have in the history of the US government. …

4. VA Agrees to More Caregiver Support for Severely Disabled Vets.  Boise Weekly  The US Department of Veterans Affairs did an about-face today, saying it will make sure more caregivers of severely disabled Iraq and Afghanistan veterans can receive much-needed support. Under an earlier plan, the VA said about 10 percent of the …

6. VA To Expand Caregivers Program.  KWTX    The US Veterans Affairs Department has reversed course and now says it will make sure more of the those caring for severely disabled Iraq and Afghanistan war veterans will receive the help they need to care for their wounded …

8. Military Personnel With Mental Woes Before Deployment at Higher PTSD Risk.  U.S. News & World Report  … this paper that’s showing that’s really not true,” said Young, who is also core leader for neuroimaging and genetics at the Center of Excellence for Research on Returning War Veterans in Temple. The US Department of Veterans Affairs has more on PTSD.

9. Residential Wholesale Mortgage Announces the Acquisition of Government Loan Center.  National Mortgage Professional Magazine  The Government Loan Center, a division of RWMI, brings a combined 200 years of expertise in the origination, underwriting, and closing of Federal Housing Administration (FHA) and the US Department of Veterans Affairs (VA) home loans. …

An unprecedented VA program that promises to redefine the science of genomics goes national tomorrow, when the official launch of the Million Veteran Program (MVP) is announced during the May 5 Research Forum at VA Central Office. The MVP is a groundbreaking VA project to build what is expected to be one of the largest databases of genetic, military exposure, and health information. By identifying gene-health connections, the program could greatly advance disease screening, diagnosis, and prognosis and point the way toward more effective, personalized therapies. VA Under Secretary for Health Robert A. Petzel, M.D., described MVP as “an important partnership between VA and Veterans to learn more about how genes affect health, and thus transform health care for Veterans and for all Americans.” Additional information about MVP is available online, at www.research.va.gov/MVP. And to learn more about Research Forum events and Research Week activities taking place at VA facilities across the country, please visit www.research.va.gov/researchweek.