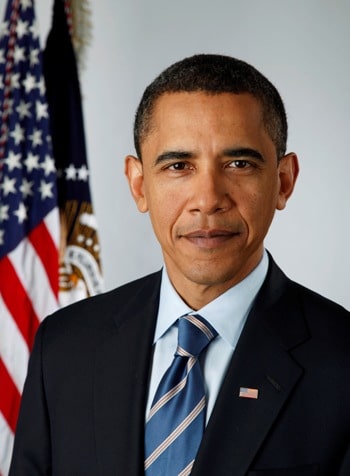 I still have a vestigial spark of hope that, like Pinocchio, Barack Obama may someday, go for the Truth, do a good deed, and redeem his humanity. 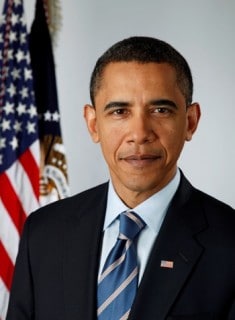 I understand Obama’s popularity, he appears to be intelligent, handsome, alert, looks good in a blue suit and he speaks well.

He is the archetypal populist, but I also don’t confuse the cause of his popularity with his appearances and the seeming sincerity of his speech, for I know it can be, and in too many cases with politicians is, simply good speaking, good acting.  One of the best I have ever watched was Franklin Roosevelt, and he was the consummate most-beloved, believed and worshiped deceiver of those whom he mesmerized… he was also the most hated and feared by those who saw through him.

I marvel at the elocution of such men as Peter Lorre, Boris Karloff and Vincent Price in The Raven movie, and others like Richard Burton, Orson Welles and, yes, Barack Hussein Obama, when he was on the campaign trail.

But, Obama is not a good actor, and when he delivers speeches or speaks the lines of his Israeli and AIPAC handlers he loses the aura of sincerity which he managed so well during the campaign when I suspect his speeches were written by different people, or he wrote them himself.

This is my only remaining hope for him as a man of good will, that he is a reluctant puppet who, as Jesse Ventura has described himself, did not know the real picture until after he had been elected and took office, when some important businessmen and political organizers, Heads of Government Agencies and Federal Offices came into his office, closed the door, sat down and explained to him just who was actually running the State and what his duties were to be.  I still have a vestigial spark of hope that, like Pinocchio, Barack Obama may someday, go for the Truth, do a good deed, and redeem his humanity.

Otherwise, he will go down in history and die as “just another mediocre and failed war-time President,” not much different from or better than his predecessor.

I find that I must constantly remind friends and associates to judge men not by what they say, how good or sincere they believe them to be or how much they “like” them, and not necessarily by what they actually do… but by the consequences of what they have actually done…. which makes it unnecessary to point out that he has accomplished absolutely nothing which he had promised during the campaign, and the consequences of what he has done, and not done, have probably done more harm than good to the country, the majority of the American people and the rest of the world, with the exception of Israel and Israelis, and American Jewry, who seem to have benefited from most of it.

How reliable is Obama, and his word?  Here is one viewpoint.  Personal, but exemplary I think, of Obama and his Administration.

I and a few million others who served in the US Armed Forces for most of our effective lives, are retired on a “Cost of Living” plan, which automatically “readjusts” itself each year from a COL index to make up for effective losses due to inflation. Most of us worked for decades at that time for a pittance of what we might have earned doing similar, but non-lethal work, in a civilian industry or activity.

I, for one, upon my retirement, was offered a position in industry doing precisely what I had been doing in the Navy for exactly 4 times what the Government had been paying me at the time, Middle Management building and repairing submarines.

I chose to go to University instead, but that is another story entirely.  I cite all of this financial bullshit only to illustrate how little we were paid for our services as rebuttal of any possible future charges that we are “freeloading” by accepting our “grandiose” retirement benefits.

Those of us who lived to reap them earned those “grandiose benefits.”  And, they were part of the “contract.”

Besides, it was simply good long-range and immediate economic advantage on the part of the Government to exploit soldiers and sailors with low pay for the day, but promises of great rewards for tomorrow to get them to risk their lives in battle, and then save the money of tomorrow’s promises for each of those who managed somehow to get killed or died off before those “benefits’ kicked in.

This is the same principle organized Religion offers to the Faithful for “keeping the faith” and doing what they are told to do today, in return for greater benefits, “tomorrow.”  Unfortunately, some of us who served America’s Gods of War not only survived, but we lived a helluva longer than expected in the post-war, post-retirement hereafter, and we expect to see the Government come through on their promises.

We will deal with God on the fulfilling of His promises when the time comes!  Hopefully, we will have some representatives better than the Department of Veterans Affairs, The VFW of the American Legion to represent us.

Let us ignore for a moment the immense benefits I have received from this “plan” and just remember that when they wanted me and those others to go and stick our heads into the lions den to do them a service, we went, stuck our heads in, did the heavy lifting and the dirty work and a great many of us died, got badly bent or broken while doing it, and those of us who survived, came of it with only that “plan” as a payment, a reward and a “promise.”

We have a right to expect our “Government” and its officials to make good on those promises.

Yet, in a “money saving” move for the past two years, the Government has revised the elements in the formula by which they assess the “cost of living index” which apparently ignores the immense increases in the cost of food, gasoline and heating oils, as well as the infamous increases in home mortgage costs, with the result that “there has been no increase in the cost of living index in America in the past two years, and we “Retiree” have received no increases or “Pay Raises,” which you will note that the Congress did not neglect to vote in for themselves, as well as full pay, pensions after serving only one term in office, unlike most “Veterans, who must serve at least twenty years or lose an arm or a leg to qualify for a piddling lesser pensions, much lesser than full pay.

This is only a small and personal example, but it typifies the attitude and sincerity of a President who came into office promising “Change,”  Just read Kipling’s poem “Tommy” and try to  explain to me exactly what, if anything he observed in the life of “Tommy” has changed an iota!

Having only recently calculated and filed my Income Tax for the past year, honestly, declaring every f’ in penny I had in income, and paying my full tax on them, unlike fifteen percent of “Americans” who confess to cheating on their income taxes, I find that although my “Gross Adjusted Income ” is within two dollars of the previous year, and none of my dependents, deductions or exemptions have changed, my “Income Tax” which solely derives from this pension and Social Security, has gone up fifteen percent from last year.

This is the consequence of his “middle class tax reduction program” which I recall hearing so much hullaballoo about just a few months ago.

I find myself marveling at myself, and my romantic naiveté, still holding out hopes that Barack Obama might yet be the man I once thought he might have been. I have called others damned fools for less!

But, were I to give up hope completely and abandon him for the parrot and puppet I suspect he is, I would sob and cry in hopelessness at the idea of the alternative, John McCain and Polly, or Real Estate swindler Trump and some feather-brained Dolly, from the streets of Atlantic City.  Obama at least has a beautiful wife, probably no better or innocent than he is, and two beautiful and probably politically innocent, children, all very good window dressing, if little or  nothing else.

This is the view point of Obama as seen by almost every veteran I know.  These are the things which he and his people do not want us veterans to discuss with currently serving men and women.

This is what Gordon Duff’ , and his website is all about.

And, I would be astonished to discover that Barack Obama really did not know which side of the bread his butter was on until those suits sat him down in the office and briefed him like they did Jesse Ventura.  Jesse was an actor and a wrestler for most of his adult life and may have been naive when he went into politics for all of the right, but losing, reasons, which you can read about here.

Obama has been in politics, like Billy Clinton had been, since the day he entered University, all the way through Law School, and he went to Chicago and looked up “the right people,” and threw in his lot with them… a Faustian compact.

ABOUT THE AUTHOR: Earlaiman is an observer of life, and a frequent commentator on its foibles, failings, failures, and fools which we mortals be. He believes in the Joy of Life, all it offers, and has lived it fully for eighty two years! In his latter years he despairs to see so many young and beautiful people living by default, still in the prime of youth and good health who seem to have little else to do except to wait for death to come and lug their sack of guts offstage. He finds it difficult to sit still or to wait to find out what the morrow will bring to his plate of living joy….

He finds it impossible to sit idly by and watch without comment while so many of the young and beautiful of our world die before they have lived, and do not seem to care, question or ask  why?