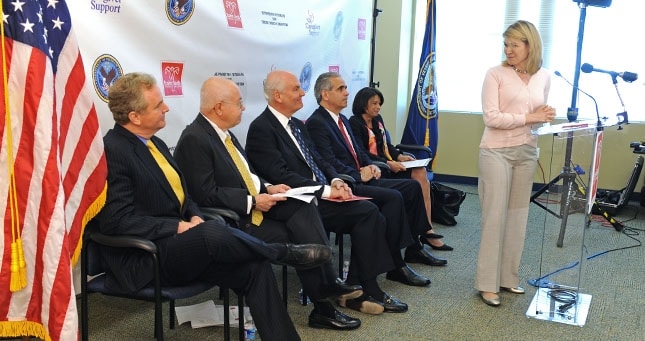 1. Troops’ morale in field plunges. U.S. troops fighting in Afghanistan are experiencing some of the greatest psychological stress and lowest morale in five years of fighting, a military study reports.  “We’re an Army that’s in uncharted territory here,” says …

3. US plans to enroll one million veterans for new DNA bank.  BioNews   The US Department of Veterans Affairs (VA) announced in Washington last week that the Million Veteran Program (MVP), a research project that aims to collect DNA, lifestyle and other health data from one million veterans under the …

4. Bringing Faith, Support Back to Homeless Veterans.  Patch.com  The reasons for veterans being homeless are numerous; mental illness, disabilities, alcohol and substance abuse or just not being able to find work are cited as causes. Nationwide, the US Department of Veterans Affairs estimates that there are over …

6. Gala to honor Mass. veterans secretary.  Boston Herald  Deval Patrick asked the beloved Secretary of Veterans Affairs to reapply for his job and Patrick dumped him for campaign supporter Coleman Nee. Nee is a veteran and is well-respected. But Kelley is that and a Medal of Honor recipient. …

8. Effort planned to aid homeless veterans in area.  Gainesville Times  Officials from US Department of Veterans Affairs could help veterans with processing paperwork and acquiring identification cards. “We’ll try to get some alliances with the health department and (Gainesville-based ministry) Good News at Noon,” Varner …

9. Veterans office serves our heroes in NE Georgia.  Gainesville Times  It has been a very busy and exciting year in that we had over 15313 veteran-related contacts. The necessity of personal assistance to eligible beneficiaries filing and pursuing claims with The US Department of Veterans Affairs results from the legal …

10. U of A research chair to help injured soldiers and vets.  Edmonton Journal  The new chair is expected to work closely with provincial health-care facilities, as well as the new Canadian Institute for Military and Veteran Health Research network and the US Department of Veterans Affairs.

VA and Easter Seals have formally announced a partnership to provide comprehensive Family Caregiver training to those whose primary job is to care for an injured Veteran at home. | Read more