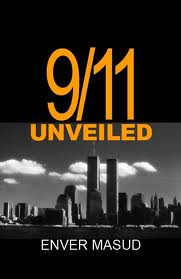 Is Bin Laden dead? Probably. Was he killed in Abbottabad, Pakistan? Possibly. Was he the ‘mastermind’ of 9/11? No — his death is a distraction from more important issues.

On May 1, President Obama reported that Osama Bin Laden had been killed by U.S. Navy SEALS in a house in Abbottabad, Pakistan. In the following we present what we know, and do not know, about the killing of the alleged mastermind of 9/11. In the interest of brevity, the presentation is in outline form.

9/11: The Evidence Against Bin Laden

FBI Director Robert Mueller, in a speech at the Commonwealth Club on April 19, 2002, said: “In our investigation, we have not uncovered a single piece of paper – either here in the United States, or in the treasure trove of information that has turned up in Afghanistan and elsewhere – that mentioned any aspect of the September 11 plot.”

In fact there are no Arab names on the partial list of passengers on the 9/11 flights.

To this day, the FBI page states: “Usama Bin Laden is wanted in connection with the August 7, 1998, bombings of the United States Embassies in Dar es Salaam, Tanzania, and Nairobi, Kenya. These attacks killed over 200 people. In addition, Bin Laden is a suspect in other terrorist attacks throughout the world.”

In June 2006, when asked why there is no mention of 9/11 on the FBI’s web page, Rex Tomb, the FBI’s Chief of Investigative Publicity, is reported to have said, “The reason why 9/11 is not mentioned on Usama Bin Laden’s Most Wanted page is because the FBI has no hard evidence connecting Bin Laden to 9/11.”

On September 22, 2001, the Bush administration said that “it would release evidence that Saudi fugitive Osama bin Laden masterminded the attacks Sept. 11 on the United States, part of an effort to convince the world that a military response is justified.”

“I am absolutely convinced that the al-Qaida network, which he heads, was responsible for this attack,” Secretary of State Colin Powell said on NBC’s “Meet the Press.”

Ten years on, we’re still waiting for this evidence. . . .