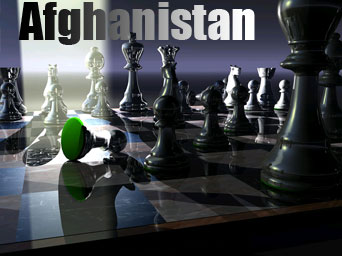 It seems, by all appearances, that this quartet is attempting to make strides towards an effort to introduce a model initiative initially engineered by Pakistan’s craving for a prime leadership status in Afghanistan’s forth coming endgame. 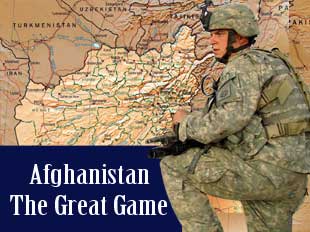 Ever since Pakistan began lobbying against Afghanistan president Hamid Karzai’s efforts to build a long-term strategic partnership with the U.S., urging him to look to Pakistan instead—and its Chinese ally—for help in striking a peace deal with the Taliban and rebuilding the Afghan economy, it was perceived to be Pakistan calling the shots for a new move on the chessboard of the Great-Game. However, despite how attractive that move may seem to them, it cannot come to fruition when few to even none of the players will consent to an all Afghan initiative; but in actuality, they are keeping the Afghan majority at bay from asserting their desire for such a plan. That said, this Pakistani rush to stack the deck in their favor in Afghanistan will fail due to the fact that there can only be one legitimate way to obtain stability in Afghanistan; through an all Afghan national ratification of a reconciliation process put forth for a genuine endgame to this decades old grinding war in Afghanistan.

Subsequent to Pakistan’s clandestine call in Kabul, the Kremlin announced a three-day official visit by Pakistan President Asif Ali Zardari to Russia at the invitation of President Dmitry Medvedev. This was scheduled ahead of Zardari’s trip to Washington which has already been postponed; and now seems quite unlikely to take place anytime in the near future. Meanwhile, Afghan Foreign Minister Zalmay Rasoul was immediately sent to Beijing for a quick rendezvous with his Chinese counterpart. And, thereafter, Chinese Foreign Minister Yang Jiechi was due to arrive in Moscow last Thursday on an official visit.

It seems, by all appearances, that this quartet is attempting to make strides towards an effort to introduce a model initiative initially engineered by Pakistan’s craving for a prime leadership status in Afghanistan’s forth coming endgame.

However, in the wake of the May 2 killing of Osama Bin Laden and the Great-Game players’ interlaced stopovers in Moscow and Beijing, along comes another keen contestant in the game, but a solitary one; the Indian Prime Minister Manmohan Singh must now consider steps to advance his partnership cajolement with Hamid Karzai in Kabul.

These interwoven trips are all a push for strategic positioning by the aforementioned Great-Game playing quartet in a post U.S. troop drawdown environment starting in July 2011 and ending in 2014. It also boils down to acrimoniously preventing a long term U.S. military presence in Afghanistan. Pakistan, as the front runner to this antagonism, seeks to legitimize this notion where all parties have yet to give their endorsements. On the other hand, the underrepresented by majority, inept and weak government of Hamid Karzai who seems to have grown closer to Pakistan over the last year, cannot weather an outcome where all the key players have the decisive upper hand in this Great Game. Therefore, Karzai whether he likes it or not, will have to abide by any outcome dictated to him by the major players.

In that context, if Pakistan’s prayers are to be answered, the planned withdrawal of NATO troops from Afghanistan by 2014 will create such a power vacuum that it will allow Islamist militants now fighting U.S. forces to destabilize Afghanistan and all of Central Asia. Such an upsurge in Islamic fundamentalist violence and heroin trafficking could upset the predominantly Muslim, oil-and gas-producing regions; forcing Moscow to send thousands of its troops back into its former breakaway republics bordering Afghanistan and starting a fresh round of Russian Islamic fundamentalist contention, where the aged cold war era Great-Game rivalries between Russia and the West could resurface.

In retrospect, NATO may undertake combat operations beyond 2014 if and when the need arises. As the Obama administration said, “A conditions-based drawdown will begin in July 2011.”

In that regards, clearly, the billions of dollars that have been pumped into the upgrading of Soviet-era military bases in Afghanistan in the recent past and the construction of new military bases, especially in Mazar-i-sharif, Khost and Heart regions, fall into clearer perspective.

Additionally, the upcoming TAPI (Turkmen-Afghanistan-Pakistan-India) natural gas pipeline will become the primary finished product of the U.S. invasion of Afghanistan. It consolidates NATO’s political and military presence in the strategic high plateau that overlooks Russia, Iran, India, Pakistan and China. In other words, TAPI proves a perfect setting for the alliance’s future projection of military power for “crisis management” in Central Asia – or should it?

While most players in the said circle of four—Pakistan to a higher degree—share the apprehensions of the prospect of a long-term American military presence in Afghanistan, and since the chemistry of the US-Pakistan relationship has drastically changed following the U.S. killing of Osama Bin Laden in Abbottabad (Pakistan), Pakistan faces grave insecurities in the period ahead; hence, Pakistan is looking for regional support systems. So far, Pakistan has shown receptiveness towards Russia and China; therefore, the Great-Game players’ decisions will not constitute a genuine endgame result for Afghanistan. Even if it did, the Afghan silent majority—not Mr. Karzai, who does not represent the majority—has the ultimate say for ratifying the notion of U.S. military presence in Afghanistan. Therefore, Afghan national reconciliation ratification for stability in Afghanistan should be of interest to all.