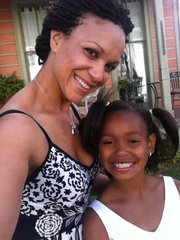 It is a curious yet instructive phenomenon watching Black male academics rush to the defense of Dr. Cornel West after he called President Obama a “Black mascot of Wall Street oligarchs.” They also stood by when West went on to say that “Obama has a certain fear of free black men.” They said that it was perfectly legitimate for West to comment on the political environment as he saw it. But when Dr. Melissa Harris-Perry, West’s female colleague, indicated that West’s comment “smacks of birtherism,” they recoiled in shocked horror. How dare she publicly attack her colleague in that manner? They accused her of being motivated by either soar grapes or professional envy.  Hmmm, ok. But tell me, what makes Cornel West more sacrosanct than the President of the United States?

The fact is, anyone who considers West’s remarks toward President Obama merely an objective and scholarly critique of the political environment needs to go back and take a refresher course in both freshman English and forensics. The comments directed at President Obama by Cornel West was nothing short of a racist and petty personal tirade by a woefully presumptuous and undisciplined mind.

His comments were not only less than constructive and nonspecific, but they were also saturated with unsubstantiated personal attacks against the president. They were, indeed, Palinesque in both nature and intent. Thus, his behavior was both unprofessional and disrespectful to not only President Obama, but the office of the president itself. Then when you take into account that there is ample evidence that he was motivated by what he, in his own words, considered a personal slight, then combined that with his close association with Tavis Smiley – who is also smarting from what he considered a personal slight by the president – it is more than reasonable to view West’s behavior as the irate petulance of an embittered egomaniac.

On the other hand, Prof. Perry couldn’t avoid attacking West’s character, because it was his character that was at issue. So the fact is, Prof. Perry’s criticism of West was the more legitimate. Considering West’s behavior, Prof. Perry’s remarks constituted a detached and clinical assessment of the facts.  Her position was reasoned, specific, and substantiated with undeniable facts, while West’s criticism of Obama was reckless, overly broad, and filled with gross and unsubstantiated generalizations.

Yet, in his article, Melissa Harris-Perry’s Attacks on Cornel West: Melissa, Are You Hiding Something?, Dr. Boyce Watkins says,

“One of the interesting things about all the criticism being thrust at Professor West is that much of it presumes that Cornel is attacking President Obama for personal reasons. There are rumors that he is angry that he was never invited to the inauguration, or that he felt dismissed because the administration won’t return his phone calls. There is no end to the reasons that people are coming up with to explain why Professor West has done what he’s always done, which is to advocate for black, brown, poor and working class people.”

But the “rumors” that Dr. Watkins speak of are not rumors at all. West is quoted as saying the following:

“I used to call my dear brother [Obama] every two weeks. I said a prayer on the phone for him, especially before a debate. And I never got a call back. And when I ran into him in the state Capitol in South Carolina when I was down there campaigning for him he was very kind. The first thing he told me was, ‘Brother West, I feel so bad. I haven’t called you back. You been calling me so much. You been giving me so much love, so much support and what have you.’ And I said, ‘I know you’re busy.’ But then a month and half later I would run into other people on the campaign and he’s calling them all the time. I said, wow, this is kind of strange. He doesn’t have time, even two seconds, to say thank you or I’m glad you’re pulling for me and praying for me, but he’s calling these other people. I said, this is very interesting. And then as it turns out with the inauguration I couldn’t get a ticket with my mother and my brother. I said this is very strange. We drive into the hotel and the guy who picks up my bags from the hotel has a ticket to the inauguration. My mom says, ‘That’s something that this dear brother can get a ticket and you can’t get one, honey, all the work you did for him from Iowa.’ Beginning in Iowa to Ohio. We had to watch the thing in the hotel.”

And further, I don’t see how the fact that Prof. Perry worked down the hall from West at Princeton has any bearing on this matter. If Dr. Watkins is suggesting that she had an ulterior motive, what evidence does he present to support that claim? Absolutely none. That makes it clear that Watkins is stretching for an equivalence that’s just not there. On the one hand, Prof. Perry presents direct evidence from the mouth of West himself that clearly substantiates her position that West felt slighted by the president, which ultimately led to his reckless behavior. While on the other hand, Dr. Watkins doesn’t present a shred of evidence leading to the conclusion that Prof. Perry had an ulterior motive for her criticism of Dr. West. The only thing he presents is gross speculation and vapors.

I’m not surprised at all that Dr. West has engaged in such reckless behavior. His fixation on personal affectations suggests the vanity of an undisciplined mind. And apparently I’m not alone. Syndicated columnist Stanley Crouch pointed out in the “Daily News” that “serious black intellectuals privately dismissed West many years ago as no more than an academic loudmouth with a good show business game.”

But with respect to Dr. Boyce Watkins, I am indeed shocked to see a respected scholar engage in such sloppy thinking. His article suggests the following syllogism: All dogs have fleas. My cat has fleas. Therefore, my cat is a dog. What kind of logic is that?

Thus, at the risk of being presumptuous, I’d like to pass on to both of these gentlemen a piece of advice that was given to me by the very demure Ms. Immel in my freshman English class many years ago, and I quote: “Eric, if you expect to survive this class, every time you make an assertion, I expect you to start backing it up with compelling facts in the very next sentence, or no later than the following paragraph.”

That advice has served me well over the years, and it seems to me that you might benefit from it as well.