The world’s eyes are still fixed on the Middle East, and the first half of September has delivered two profound events in Egypt and Turkey that have sent shockwaves through the Israeli establishment.

by  Jamal Juma’ and Maren Mantovani

On 2 September, the Turkish foreign minister Ahmet Davutoglu announced the decision to downgrade diplomatic relations with Israel to second secretary level and cut all military relations between the two countries. Then, after weeks of protests, the Egyptian people finally stormed the Israeli embassy in Cairo on 9 September and staged a “citizen’s expulsion” of the Israeli embassy staff (“Egyptian protesters send Israel ambassador and his staff out of country,” AhramOnline, 10 September 2011).

At the cost of three lives and more than a thousand injuries, protesters literally shut down the Israeli embassy and required the Israeli ambassador to be flown directly back to Tel Aviv.

These two events are indicative of a three-fold shift in power relations: the core strength of the people’s movements, which have contributed to the changing governmental power balance in the Middle East, which in turn have begun to assert aspirations within global diplomacy. These slow yet steady shifts have a direct, net-positive effect on the Palestinian struggle for liberation and justice and an overall negative impact on Israeli apartheid.

In Egypt and Tunisia, inspiring victories that have come out of determined struggles have brought to power governments that, if popular mobilization continues, will be obliged to respond, at least in part, to the persistent demands and undying aspirations of the people. Some governments are still brutally combating uprisings, such as Syria and Bahrain. And still other leaders have been keenly reminded that people count and can take control of their destinies.

Unquestionably, Palestine is and always has been on the agendas of the Arab popular uprisings. This has been particularly clear over the last few months in Egypt.

In order to appease at least some popular demands, the interim government tried to steer away from Hosni Mubarak’s pro-Israel policies. Egypt has begun renegotiating the gas contracts, which sold natural gas at below market price to Israel (“Israeli delegation in Egypt to negotiate fixed gas rates,” Al Masry Al Youm, 13 May 2011).

The “citizen’s expulsion” of the Israeli embassy staff was a response to the first killing of Egyptian martyrs after the revolutionary weeks in Tahrir Square during the spring.

Likewise, Turkey’s diplomatic boldness can indeed only be viewed as a victory of activists, movements, and organizations that have consistently shown the Ankara government the line of actions to take in order to display its solidarity with Palestine.

Here, the popular mood is similar to Egypt’s. For a long time, the Turkish government has been aware of the unpopularity of its support of the Israeli war industry and the occupation of Palestine. The people in Turkey have consistently shown overwhelming solidarity with Palestine, most notably with their mobilization for the 2010 Gaza Freedom Flotilla, which ended in a brutal attack by the Israeli navy. Israel commandos killed eight Turkish citizens and one US citizen of Turkish origin on the Mavi Marmara.

This call was supported by organizations and unions representing dozens of millions of people all over the globe.

For civil society in the entire region, beyond just Egyptians and Turks, there can be no question about the power of citizens to affect social and political changes that can undermine Israeli apartheid and neo-colonial policies pursued by neighboring governments.

Power relations and alliances are changing in the Middle East. The strength of the people’s movements is a driving force in this phenomenon, as well as a result of it.

A short overview of the region reveals the slow meltdown of the power structures on which the US and the EU had cast a stronghold on the region. The wars and occupations in Iraq and Afghanistan have proven to be military and political failures.

As NATO attempts to control oil reserves in Libya, the West is proving itself to be militarily overstretched, economically depleted, and politically discredited. The failures of its governments’ diplomatic initiatives for peace in the region are due to Israel and its arrogance, its impunity becoming a liability for Western powers. Pillars of colonial power such as the Mubarak regime have fallen, leaving a political void. At least until Egypt’s November elections, Turkey will be the only resource-rich and populous country with an uncontested leadership between the Mediterranean and Iran.

The Turkish realignment is also a reflection of this scenario. Turkey was Israel’s second biggest importer of Israeli weapons and had guaranteed to Israel airspace rights for military training flights. Turkey imported more than double the amount of arms from Israel than any other country in 2009 (“Palestinian civil society welcomes Turkey’s decision to suspend all military ties with Israel and lower diplomatic relations,” BDS Movement, 7 September 2011).

The freezing of military ties is a dramatic show of force but is part of a long-term shift of policy. In the last few years Turkey’s prime minister Recep Tayyip Erdogan has rebuilt relations with the Turkmen neighboring states, Iran, and others in the Global South and decisively shifted Turkey’s areas of interest towards the east and the south. Since the Israeli attack on the Mavi Marmara, Turkey has not signed any new military contracts with Israel. And just days ahead of the 2 September statement, Turkey reached an agreement with NATO to ensure that Israel would not have access to data collected by a new NATO anti-missile early warning system (“Turks to install NATO radar,” Hurriyet, 2 September 2011).

It’s notable also that the US seems to have conceded to the direction of Turkey’s new policies.

Taking advantage of the governmental power void and political support for Palestine at popular level, Turkey has forcefully put itself on the public and diplomatic map by letting Israel know it is not anymore dominating the region. That is an astute move that has allowed Turkey to assert regional hegemonic aspirations and, contemporaneously, to gain widespread sympathy across the Middle East for challenging Israel. Immediately afterwards, Erdogan extended his hand to Egypt by planning the first presidential visit to Cairo in 15 years. Being aware that Egypt and Turkey together make up more than half of the population of the Middle East and half of the eastern Mediterranean seashore, Erdogan will sign strategic economic and military agreements that could be the basis for a new Middle Eastern alliance (“Egypt, Turkey look to forge stronger ties as Erdogan readies to visit Cairo,” Today’s Zaman, 9 September 2011).

However, regardless of future Egyptian government and Egyptian-Turkish cooperation, one thing is clear: since 2 September, the new Middle East in formation has a leading figure nobody will be able to avoid. 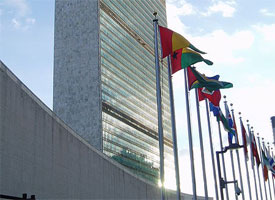 The latest Turkish announcements took on the United Nations as well. The Turkish move was ultimately triggered by what began as a stand-off on the Palmer report, a UN investigation into Israel’s attack on the Mavi Marmara. The formation of the Palmer Commission was a shield for Israel from condemnation of its violations of international law, to avoid a repeat of the detailed proof in the UN investigative report on the Israeli attack on Gaza in late 2008 and early 2009.

After the UN Human Rights Council had already mandated an expert committee to investigate the issue, UN Secretary General Ban Ki-moon formed an almost parallel committee. Ban appointed none other than Alvaro Uribe, the ex-president of Colombia, as vice-chairman of the Freedom Flotilla investigation.

Moreover, Colombia became one of the world’s biggest importers of Israeli weapons during his presidency and the Colombian military continues to hire Israeli military “consultants” to learn from their methods of repression. Unsurprisingly, the outcome of the UN report was taken as an insult to Turkey as well as to international law (“Disappointment at the United Nations: the Palmer report on the flotilla incident of 31 May 2010,” Middle East Monitor, 9 September 2011).

Against the consensus of international law experts, the report argued that the siege on Gaza was legal and recommended that little more than an apology from the Israeli government would be an apt remedy for the killing of nine Turks. Turkey’s response was sharp and functioned on two levels: it stated its intention to refer the of Gaza to the International Court of Justice and promised that it will ensure freedom of navigation in the eastern Mediterranean by the force of its own navy.

These recent announcements by Turkey are therefore a message to the United Nations that it must not guarantee Israel impunity for its crimes. Where the UN fails, other avenues will succeed in holding Israel accountable. US vetoes in the Security Council can shield Israel only insofar as the West willingly permits this fig leaf to obscure its own unwillingness to act.

Turkey’s message is nothing new. Civil society around the world has long promoted a call for accountability through boycott, divestment and sanctions (BDS), including the call for a military embargo on Israel. Civil society has already gained impressive victories over the last five years through BDS and a call for BDS may soon be heeded by institutions and governments.

It is crucial that activists in Turkey and around the world continue to escalate their mobilization in support of the Palestinian call for BDS and a complete military embargo on Israel in order to ensure that the Turkish government does not resume relations with Israel until Israel complies with international law and human rights and other governments follow suit. Activists will further have to develop and refine methods of monitoring the implementation of BDS pledges by governments, institutions and enterprises.

The people’s movements strengthen Middle Eastern governments against sustained apartheid in Israel. There is hope that the time is coming close when the nations finally unite in effective action against Israeli apartheid, colonialism and occupation.

Jamal Juma’ is coordinator of the Stop the Wall Campaign.

Maren Mantovani is international outreach coordinator of the Stop the Wall Campaign.