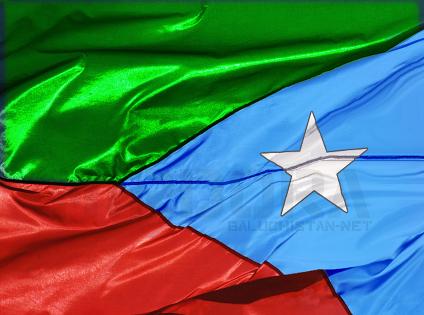 If Kashmir Is The jugular vein of Pakistan, then Balochistan is its Backbone.

Balochistan is a province that has seen neglect and military operations for past many decades. Political process has always been lacking that has caused frustration.

The tribal Chiefs are to be blamed because in most cases, they keep their interests foremost but that does not mean that other political options must be ignored or closed.

The military option has never been a solution, but an admission of the failure of the political process.

The best guarantee to protect Balochistan is to keep the people of the province involved in the mainstream politics and affairs of the state.

Once a sense of ownership is developed rest is a formality. We need to protect not just the territory but also have to induct the people of Balochistan into national mainstream at all levels.

This would mean a concentrated and persistent effort on the part of all those who matter at all levels. The political mainstreaming remains the responsibility of the political parties.

Asif Ali Zardari would have done a great service to Pakistan had he opted for a Baloch President and not jump into the seat himself. He should have taken a lesson from Sonia Gandhi.

In Quetta, Yousuf Raza Gilani, the Prime Minister of Pakistan made a very tall claim when he said, “Injustice in Balochistan would have zero tolerance.”

Here a question arises why only Balochistan, there are injustices everywhere in the country and at all levels; the single factor that has pushed the people towards militancy is lack of justice.

Just words would not suffice, Prime Minister will have to back his words with action and deeds, deeds
speak louder than words.

A government that is plagued with corruption, favourtism and nepotism how can it claim ‘zero tolerance?’ Mr Gilani will have to set the example from his own self before pointing fingers at others.

Balochistan is a province that’s unique in more than one way. In this modern world which has seen some sweeping changes; Balochistan still hinges on to its nomadic traditions based on tribal system. Here the tribal chiefs have a very strong and unchallenged hold over the tribes.

Balochistan is a huge land mass chunk covering forty percent of Pakistan but with a population of only 6.5 million that’s approximately 10 percent of total population. Now by any imaginable standards, this population is not enough to fully exploit the economic potential of the province.

Like most Arab countries in the region or for that matter Canada and the US where migrant population was invited to work for the economic uplift of the countries, similarly population from other provinces of Pakistan must be encouraged to contribute their financial and human resources to develop the province on war footings.

To do so, the provincial government at Quetta will have to frame policies and provide securities for the people who move in Balochistan to protect their lives and properties. 6.5 million people would never be enough to accelerate the development process of this challenging land.

Gawadar port has the potential to be the largest energy hub of the world; this alone could absorb couple of million people if not more.

But then this is not the only port that would be there. Along with Ormara, Pasni and Jewani have the potential to develop as satellite ports and handle fish trade besides movement of people etc.

Balochistan, besides becoming an energy hub would also develop into a trade corridor linking in the North with all Pakistan’s neighbours like an arc. All the possible communication channels must be developed and put in operation. Rail and road linkages to Afghanistan, Central Asia and China would become a single major earning source for Pakistan.

To increase the public participation, regular cruises could be initiated from Karachi to the ports on Makran Coast. This would increase tourism and help build the infrastructures of these coastal cities.

For many countries, tourism is the backbone of the economy, why this sector has been completely neglected in Pakistan cannot be understood.

Pakistan Army being the single largest employer has taken a start though late but in the right direction.

Here it should not remain a singular army responsibility, Navy and Air Force should also follow to develop and expand as per their operational requirements.

It’s a historical fact from times immemorial that armies have played a major role in the development of the economies, but unfortunately in Pakistan its being projected as an economic drain. In Pakistan too, defence forces, especially army being the largest arm has played a lasting role in development of hitherto unheard of places.

Latest example being Pano Akil which was a desert, never heard of but today its major hub only because of military garrison there. Likewise Quetta was revolving around Staff College but with the induction of more troops  there, its economy is bustling.

To bring in even development, there is a need to establish more garrisons for our strategic safeguards that could help strengthen the local economies of the places where these would be based.

Baluch Regimental Center, presently located in Abbottabad, could be relocated in Turbat area, maybe there is also a need to have an air base too to effectively cover the coastal belt of Balochistan.

PNS Himalya and PNS Mehran could also be moved to Ormara or Pasni etc. The more spread these bases would be, more wide based the local participation would be.

This way direct and indirect employment could be around half a million people of the region.

These garrisons, would bring all infrastructural changes with them, establish hospitals, schools, colleges etc. There would be dependence on the local business to buy food supplies and other daily necessities. It would trigger a chain reaction of socio-economic activities.

Induction of 15,000 Baloch people into the army has already begun to show its impact on the local people. Its bringing a transformation in their life styles.

The free medical cover of the parents of the serving soldiers is a dream come true. With this sort of patronage, sense of ownership and belonging is developed. Now these soldiers who have been inducted would get around 15,000 rupees a month besides other fringe benefits. This means a regular income for 15,000 homes or families.

Bottom line of any anger or dispute is injustice and deprivation. The people at the top must show an attitude of affection and paternal love to all, develop the habit of sacrifice and compensate the deprived.

Share the poverty of the poor and not to live a lifestyle that’s akin to the style of the masses.

Raja Mujtaba is the founder and long time editor of the online think tank…Opinion Maker, and an old friend of Veterans Today senior editor, Gordon Duff.