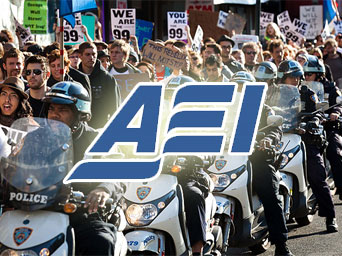 US Citizens are paying good tax dollars for this poor knowledge of strategic affairs, maybe it’s high time that organizations like the AEI are reviewed

You would expect Foreign Policy Wonks to know at least a little bit about the subject that they spout off about.  However, it seems that mostly Foreign Policy Quacks infest the US body politic today and get their jobs by sucking back unhealthy doses of neo-con koolaid, as well as healthy (to them) doses of US tax dollars. America needs to rethink its Foreign Policy. I find myself once again compelled to review FP – hack Daniel Blumenthal’s, Sino-American policy analysis: 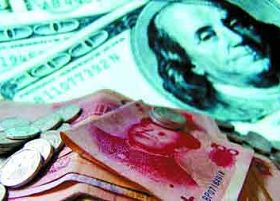 DB : “The Sino-American competition is not about whether “state capitalism” (whatever that means) will beat out “democratic capitalism.”  China does not have an exportable economic and political model.”

JC : Neither does the USA have an exportable model!  Only in Europe has any kind of ‘democracy’ prevailed after WWII and that because there were long periods where democracy prevailed before.  In fact, the US destroyed several democracies in order to get a strongman in place who would do US bidding in the region!  Nicaragua, Iran, South Korea, need I go on?  Why does China not export their economic and political model?  It’s not their foreign policy to do so!  They strictly align with non-interventionism and deal with whatever government the locals choose, fascist or democratic.  This avoids huge and financially crippling military bases circling the globe.

DB : Arabs (and others) want representative government, not tyranny. The Chinese people themselves are not fond of the Chinese model. The uptick in daily protests in China against corruption and injustice speaks for itself.

The Arab (and others) want an end to corrupt regimes!  If it’s a democracy, it’s a democracy, if it’s not, as long as there’s jobs and minimal corruption they’ll be happy!  The US propped up Bahrain which is  an autocratic regime against the will of the people because of the 5th fleet base there – you can’t be a kettle calling the pot black!  Most protests against corruption in China are at the provincial level, not the federal.  Once the federal government steps in and roots out the corruption the problem goes away, and just so you know – in China corruption can mean a death penalty!  In the USA white collar crime is prosecuted much less vigorously, and with less jail time than others although the dollar value is typically much higher.

DB : “The current international system made and maintained by the United States has plenty of room for China to succeed.”

You mean by funding the World Uighur Congress, Falun Gong and the Free Tibet Movement?  Please explain this, I’m curious how that works, ‘we want you to succeed by breaking you up …’

DB : “Instead, we are in a security competition because the Chinese Communist Party has made it so. The CCP is trying to make the world safe for its continued rule. This desiderata is very difficult in a liberal international order dominated by the United States. The CCP has to beat back attempts by its people to push for democracy. And, because the CCP has made the restoration of a Sinosphere in Asia synonymous with its own legitimacy, the Party must “reunify Taiwan,” pacify Xinjiang and Tibet, keep Japan down, and make sure any other pretenders to the throne in Asia (India, Vietnam) are put in their place. Washington cannot be trusted to simply go along with any of these projects. So China must extend its military ambitions”

So explain to me how the US which spends about 43% of the world defense budget and six times China’s budget can claim to be in a ‘competition’?  http://www.sipri.org/media/pressreleases/milex  The US has something like 800 international bases in the world compared to China’s zilch, so explain to me how you make the leap that ‘the CCCP is trying to make the world safe for it’s continued rule’ when the base to base ratio is so unbalanced?  I think the psychology term for this is ‘projecting’.  Did I mention how the US funds those special interest groups trying to split China up?  Did I mention that the USA has been arming India?  It seems that Beijing is taking care of strategic national interests, and damn well knows what’s going on!

DB : “If Washington seeks to undermine China’s plans, then it is also imprudent for Beijing to rely on the U.S. Navy to secure its energy supply lines. So Beijing has decided it needs a military that can coerce Taiwan, push around its neighbors, and thwart American attempts to help its allies and protect its long sea lanes. That is why we are in a security competition with China. Beijing has decided upon a set of goals that are rather uncongenial to our own vision of peace and security.”

Actually, I’ll give Blumenthal this one.  Knowing the US’s past with China, if I were China I would want a strong military too.  The only thing in the phrase I would change is “If Washington …” to “Because Washington …”  But I will ask, who said the ‘US vision of peace and security’ is the only vision?

DB :  “If China was ruled by a regime whose legitimacy rested on the consent of the governed, perhaps it would not see the need to build a big military to: 1) protect itself from its own people; 2) beat back American “containment; or 3) to embark on revanchist projects. If China had a different sort of regime, I submit, we would not be in a security competition with China.”

Well it actually does rest on the consent of the governed.  If it didn’t, it wouldn’t be there anymore, so let’s talk about the ‘Occupy <insert city name here>’ protests.  Does ‘Washington’ rest on the ‘consent of the governed’?  Does not Washington need a big military to protect itself from the people?  I understand that 20,000 troops were posted back to the USA last year for just such an emergency!  I say that if the USA had a different sort of regime, China would not maintain such a large military! http://www.lewrockwell.com/slavo/slavo23.1.html

DB : “Until China changes we are left with the fundamentally realist project of protecting ourselves and our interests by maintaining a strong military presence in Asia and building up our alliances. For now, the central realist truth carries the day. We must engage with China when it is in our interests to do so. But our most urgent task is to successfully play balance of power politics in Asia until a new regime emerges in China that is more accepting of the international order and less afraid of its own people.”

How about this, China’s most urgent task is to successfully play balance of power politics in the world until a new regime emerges in the USA that is more accepting of international law and order, and more willing to take care of the needs of its’ people at home.  Now there’s democracy in action!

US citizens are paying good tax dollars for this poor knowledge of strategic affairs, maybe it’s high time that organizations like the AEI  (American Enterprise Institute for Public Policy Research) are reviewed based on the value they bring to the discussion in terms of dollars earned for the USA, and less on the value they receive to propagate the political aims of the very few who earn money during times of war!

ABOUT THE AUTHOR: Jack JC, is a reserve Officer in a NATO aligned country, he has a Bachelors Degree in Mechanical Engineering and an interest in the strategic effects history and culture bring to present geo-political affairs. As an international travelor he has friends and family serving in both NATO and non-NATO countries and would prefer that his friends and family in both camps not kill each other. He has operated at senior corporate levels of management, and has developed equipment for both civilian and military use.