Home WarZone The Zionist lobby’s First Lady in US Congress 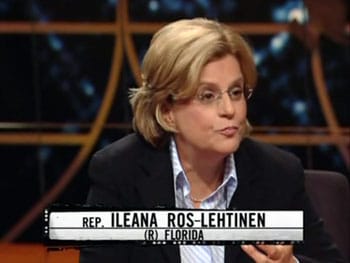 “Obama administration at the highest levels is quite seriously concerned about the possible consequences for America of cutting off funds to the UN agency as required by Zionist lobby driven law enacted by Congress.”

After UNESCO voted to give the Palestinians full membership, the words of State Department spokeswoman Victoria Nuland contained a hint that the Obama administration at the highest levels is quite seriously concerned about the possible consequences for America of cutting off funds to the UN agency as required by Zionist lobby driven law enacted by Congress. (The U.S. funds about 22 percent of UNESCO’s budget or roughly $80 million annually; and $60 million was scheduled to be sent this month).

Most of Nuland’s shortish statement would have been sweet music to the Zionist lobby’s ears.

“Today’s vote by the member states of UNESCO to admit Palestine as a member is regrettable, premature, and undermines our shared goal of a comprehensive, just, and lasting peace in the Middle East. The United States remains steadfast in its support for the establishment of an independent and sovereign Palestinian state (what nonsense, I add), but such a state can only be realized through direct negotiations between the Israelis and Palestinians (again what nonsense). The United States also remains strongly committed to robust multilateral engagement across the UN system. However, Palestinian membership as a state in UNESCO triggers longstanding legislative restrictions which will compel the United States to refrain from making contributions to UNESCO.”

But the end words of Nuland’s statement (presumably reflecting her mistress’s views) would not have been so comforting for the Zionist lobby. “U.S. engagement with UNESCO serves a wide range of our national interests on education, science, culture, and communications issues. The United States will maintain its membership in and commitment to UNESCO and we will consult with Congress to ensure that U.S. interests and influence are preserved.”

One possible implication of the words emphasized is that President Obama and perhaps even Secretary of State Clinton have looked into the future and realised that if America did default on its obligations to UNESCO, there could be moves to suspend or even expel it from the agency. Probably many misinformed Americans would welcome that happening, but it would be bad for America’s image in the world. The further implication is that President Obama is at least thinking about trying to persuade Congress to untie his hands on the matter of cutting off funds to UNESCO with the argument that it’s not actually in America’s own best interests to do so.

That, it seems, is what Zionism’s First Lady in Congress fears. (We’ll get to who she is in  a moment). Her response to Nuland’s words on behalf of the State Department was the following: “This is no time for the U.S. to back down… Congress must pass pending UN reform legislation to cut off funding to any UN entity that grants any upgraded status to ‘Palestine’. Such strong action is the only way to deter other UN bodies from following in UNESCO’s footsteps, and to prevent U.S. taxpayer dollars from paying for biased entities at the UN.”

In passing I have to say that I never cease to be amazed by the mind-blowing hypocrisy of almost all Americans in positions of political power. By far the most biased entity at the UN is the United States of America.

The Zionist lobby’s First Lady in Congress is the Cuban-American born Ileana Ros-Lehtinen. (Her maternal grandparents were Sephardic Jews from Turkey who became active in Cuba’s Jewish community. Her mother converted to Catholicism). She was the first Republican to be elected to the House of Representatives from Florida and she is today the chairwoman of its Foreign Affairs Committee. In that capacity she introduced the bill to cut off US funding to any UN organization that recognizes Palestinian statehood. She also advocates cutting funding to the Lebanese Armed Forces and the West Bank and Gaza.

That’s on the one hand. On the other is the fact that one of her major campaign funders was Irving Moskowitz, a Florida businessman who is a major funder of illegal Israeli settlements on the occupied West Bank including East Jerusalem. Also a fact is that the J Street lobby group called on her to return campaign contributions from him because, it said, “he actively works to de-rail the chances for a two-state solution.”

Against that background it was entirely logical that she would take (as she did) the lead in demanding that the Obama administration “halt its condemnations of an indispensable ally and friend of the United States.”

Once upon a time it was only those seeking to be elected on the Democratic ticket who felt the need to kiss the Zionist lobby’s bottom. Now the Republicans are at it, too.

What chance does any American president have of confronting this lobby in order to be able to put American’s own real and best interests first? My answer (I never tire of giving it) is no chance unless and until enough American voters are informed enough to call and hold their Congressmen and women to account.

Ros-Lehtinen’s history indicates that she is a fan of targeted assassinations, so presumably on this matter she thinks Obama is doing a better job than George “Dubya” Bush.

She appeared very briefly in 638 Ways to Kill Castro, a Channel 4 documentary film broadcast in the UK on 28 November 2006. It told the story of some of the many attempts by the CIA to kill the Cuban leader. Her contribution included this: “I welcome the opportunity of having anyone assassinate Fidel Castro and any leader who is oppressing the people.”

When a 28-second clip of her saying that was circulated on the internet, she denied it by claiming that the production team had misrepresented her by splicing clips to make the sound bite. Director Dollan Cannell then released the unedited tapes of the interview with her, proving that she had twice welcomed an attempt on Castro’s life. It was the production team that had been misrepresented by her, not the other way round. Cannel asked for an apology but he didn’t receive one.

An inability to say sorry is, of course, one of the hallmarks of all who support Israel right or wrong.

Editors’ Note:  The following  comment and Video submitted by a reader, in the comments box of the article posted on this site, titled: The Mess in the Middle East, by Amb. Chas Freeman , is compelling, explains why the American public are so misinformed about the Middle East and by who.

Quote:
The power is not in our hands. The majority of the population is connected to the Zionist news feed network and they will not vote the Zionists out.

Lee Whitnum, who is running for the Senate, state of Connecticut, did a recent survey around her state and found out that less than one percent knew what AIPAC is. The survey was mostly done with college graduate professionals.

And even if we could remove the traitors from Congress, who is going to replace them? How many anti-Zionists do you know is running for Congress?

Lee has dedicated part of her TV/News exposure to bring AIPAC and criminal Israel to light, knowing full well she is committing political suicide.