Home Life Playground Bullying of Palestine and Iran Must Stop…

Britain, as a former friend of Iran (pre-1953) who owes much to that country, ought to show leadership, change the game and avert the looming catastrophe.

Last Friday I had a 2-hour meeting with my MP Henry Bellingham, who is a minister in the Foreign Office. We spent much of the time discussing the Palestinian statehood question and the absurd sabre-rattling against Iran.

Mr Bellingham listened politely, saying he was more sympathetic to the Palestinian cause than some within the Government. He also agreed that the best way to influence Iran was to resume trade.

Of course he was anxious to defend his colleagues in the FO saying they are more often accused of being too biased towards the Palestinians. I on the other hand don’t believe there’s a single grain of pro-Palestinian sentiment in the whole gruesome gang of playground bullies that runs things at Westminster.

Will anything we said be translated into action? Fat chance. All the same I dropped him a thank-you note with a reminder of my concerns….

Hearing the British Government say that it would not vote for Palestinian freedom was a deeply shaming experience considering our 94-year betrayal and non-stop preaching self-determination. 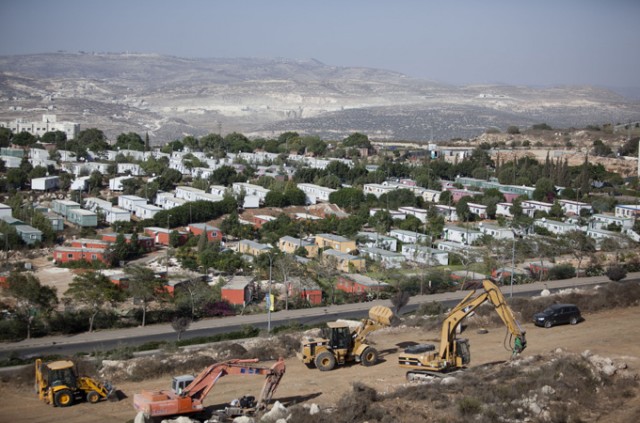 For Palestinians, Israeli settlements are the very crux of the Israeli-Palestinian conflict. After all, it is the gobbling up of the land by settlements that is likely to prevent a Palestinian state from ever coming into being.  — Mazin Qumsiyeh’s Blog

After his infamous “declaration” in 1917 Balfour, an ardent Zionist, wrote to Curzon: “In Palestine we do not propose even to go through the form of consulting the wishes of the present inhabitants of the country. The four powers are committed to Zionism and Zionism, be it right or wrong, good or bad, is rooted in age-long tradition, in present needs, in future hopes, of far profounder import than the desires and prejudices of the 700,000 Arabs who now occupy that land.”

So from the start it was pure evil.

Lord Sydenham warned: “The harm done by dumping down an alien population upon an Arab country may never be remedied. What we have done, by concessions not to the Jewish people but to a Zionist extreme section, is to start a running sore in the East, and no-one can tell how far that sore will extend.”

Sydenham would be spinning in his grave to see the truth of his words nearly 100 years later.

The United Nations Charter determines to “reaffirm faith in fundamental human rights, in the dignity and worth of the human person, in the equal rights of men and women and of nations large and small, and to establish conditions under which justice and respect for the obligations arising from treaties and other sources of international law can be maintained”.

Have we so easily forgotten?

Let us not forget also the purpose of the UN, which is to:

And there is no better example of our misguided obedience to unlawful Zionist ambitions than the Government’s support for the US-Israeli line which insists that the only path to a peaceful settlement is for the Palestinians to return to the negotiating table.

Law, justice, liberty and human rights are non-negotiable. The correct course is to end the occupation and restore the Palestinians’ lands, homes and resources, as required by law, by convention and by numerous United Nations resolutions, then see what is left to negotiate. The Palestinians may not wish to swap land. If they do, they should not have to come cap in hand and bargain for their property with a gun to their head or a military jackboot on their throat. Negotiations with a predatory, belligerent opponent that has proved time and again that it does not want peace is obviously a waste of time.

A return to the discredited “peace process” means more lopsided negotiations, continuing injustice, continuing occupation, more time for Israel to grab more land and resources, more time to create irreversible ‘facts on the ground’ and more time to put pressure on Palestinians to surrender their rights.

It is grossly immoral.

In its latest deliberations the Russell Tribunal proposes the no-nonsense, law-based way forward that this abominable situation has needed all along. The Tribunal finds that Israel subjects the Palestinian people to an institutionalized regime of domination amounting to apartheid as defined under international law. “The state of Israel is legally obliged to respect the prohibition of apartheid contained in international law. In addition to being considered a crime against humanity, the practice of apartheid is universally prohibited.”

The Tribunal says it has heard abundant evidence of practices that constitute ‘inhuman acts’ perpetrated against the Palestinian people by the Israeli authorities. “The inhuman acts listed… do not occur in random or isolated instances. They are sufficiently widespread, integrated and complementary to be described as systematic.

“They are also sufficiently rooted in law, public policy and formal institutions to be described as institutionalized.”

All states are called upon to “consider appropriate measures to exert sufficient pressure on Israel, including the imposition of sanctions, the severing of diplomatic relations collectively through international organizations, or in the absence of consensus, individually by breaking bilateral relations with Israel”.

The Tribunal calls for the UN Special Committee against Apartheid to be reconvened to consider the question of apartheid against the Palestinian people. It asks the UN General Assembly to request an advisory opinion from the International Court of Justice “to examine the nature of Israel’s prolonged occupation and apartheid”.

No more pathetic hand-wringing, urging and impressing while continuing to reward with association agreements and other lucrative collaboration. Firm action is what counts.

The Weapons of Mass Destruction Commission in its 2006/7 report says: “Israel is widely believed to possess both fission and fusion bombs. It has an unsafeguarded plutonium production reactor and reprocessing capability and possibly some uranium enrichment capability, along with various other uranium-processing facilities.

Haaretz reports that Israel is now working on improving its nuclear weapons capabilities, according to the independent Trident commission. The rogue state is extending the range of its Jericho 3 land-to-land missiles so they will have the capabilities of transcontinental missiles.

The Guardian reported that Israel is also striving to improve and expand the capabilities of its cruise missiles, designed to be launched from submarines. Furthermore the world’s nuclear states are planning to spend more than $800 billion in the coming years to modernize and upgrade their nuclear arsenals. The United States itself will spend $700 billion dollars on such projects. Other countries that will reportedly invest in upgrading their nuclear arsenals are Russia, China, Pakistan, India, Israel, France and Britain.

So why is Mr Hague rattling the sabre at Iran when the problem is Israel? In any case, Iran is far more important as a potential ally and I am pleased that we seem to agree on the need to cultivate Iran through trade. But when Jack Straw visited Tehran in 2001 he was the first British foreign secretary to have done so since the 1979 Revolution. Has Mr Cameron visited? I don’t think so. Similarly our foreign secretary has failed to meet Hamas, democratically elected in free and fair elections in 2006. This is poor diplomacy, which does nothing for peace and puts us all in danger.

As a signatory to the Nuclear Non-Proliferation Treaty Iran has the right to acquire and develop atomic technology for peaceful purposes. Not a shred of evidence has been produced to show that Iran is developing nuclear weaponry. Foreign Minister Ali Akbar Salehi says: “No other country in the world has cooperated as much as Iran with the IAEA.” While the warmongers in the US and Israel ratchet up their dire threats, Iran’s legislature is due to discuss the country’s withdrawal from the NPT after the IAEA director-general released a biased report.

Britain, as a former friend of Iran (pre-1953) who owes much to that country, ought to show leadership, change the game and avert the looming catastrophe.

I have long been suspicious about the appointment of Matthew Gould as British ambassador to Israel, first because Britain is not a Jewish country and therefore should not be represented by a Zionist Jew especially in the Middle East, and secondly because of Gould’s earlier posting to Iran. Now Craig Murray, a former British ambassador himself, claims to have serious evidence connecting Gould with a secret plan to attack Iran while the Foreign Office and the Cabinet Secretary Gus O’Donnell attempt to evade questioning.

Craig has published his story ‘Matthew Gould and the plot to attack Iran’ here. Murray writes…

“Mathew Gould does not see his race or religion as irrelevant. He has chosen to give numerous interviews to both British and Israeli media on the subject of being a jewish ambassador, and has been at pains to be photographed by the Israeli media participating in jewish religious festivals. Israeli newspaper Haaretz described him as “Not just an ambassador who is jewish, but a jewish ambassador”. That rather peculiar phrase appears directly to indicate that the potential conflict of interest for a British ambassador in Israel has indeed arisen.

“It is thus most unfortunate that it is Gould who is the only British Ambassador to have met Fox and Werritty together, who met them six times, and who now stands suspected of long term participation with them in a scheme to forward war with Iran, in cooperation with Israel. This makes it even more imperative that the FCO answers now the numerous outstanding questions about the Gould/Werritty relationship and the purpose of all those meetings with Fox.

“There is no doubt that the O’Donnell report’s deceitful non-reporting of so many Fox-Gould-Werritty meetings, the FCO’s blunt refusal to list Gould-Werritty, meetings and contacts without Fox, and the refusal to say who else was present at any of these occasions, amounts to irrefutable evidence that something very important is being hidden right at the heart of government.”

The skimpiness of O’Donnell’s investigation into the Fox+Werrity+Gould get-togethers leads Murray to pose the question: “Is there a neo-con cell of senior ministers and officials, co-ordinating with Israel and the United States, and keeping their designs hidden from the Conservatives’ coalition partners?”

He concludes there is “irrefutable evidence that something very important is being hidden right at the heart of government”.

Double Vendetta — The Insanity of the Iran Confrontation