Home World United Against Cultural Fascism – A Letter To Every Cultured Person in... 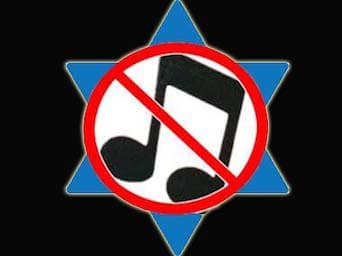 There was a time when Jewish politics and culture were associated with liberalism, human rights, pluralism and freedom of expression. Those days are clearly over. Nowadays, it is pretty much the opposite.

Here in Britain, Jewish nationalist lobbies are engaged in several kinds of repressive behaviour. Their practices include: bullying and harassment, disinformation, smear campaigns.

Last week, American academic Norman Finkelstein and I were on the front of the Jewish Chronicle  (JC). We were presented as Public Jewish Enemies Number One. We were branded together with BNP leader and a racist Nick Griffin. This was obviously a clear outburst of Zionist hysteria.

This week, in an embarrassingly crude attempt to stop my new book The Wandering Who, the JC now appear to be launching an attack on music. Together with the Board of Deputies of British Jews and other Jewish groups they attempted to pressure the British Arts Council to withdraw its funding from a music festival I am playing at.

What we see here is scarily similar to the experience of  Jazz musicians in Germany during the Nazi era. Astonishingly enough, it is Jewish representative bodies such as the Board of Deputies  that are actively engaging  in trying to restrict artistic expression. Apparently, some people out there, really drew the wrong lesson from that disturbing era.

Needless to say, they didn’t get far. The Arts Council, stood by its principles of freedom of expression and in a statement responding to the JC’s demands, they suggested that The Arts Council shouldn’t “restrict an artist from expressing their views.” They stated that the council believes in funding events and artists that show “a diverse view of world society”.  Once again, their campaign had backfired.

Of course, the JC wasn’t at all happy. It appears to want to transform the British music scene, cultural gatherings and festivals into Stalinist enterprises and demands the right to dictate its own political agenda to the British public. The JC even went as far as to openly call for its subservient lobby-funded politicians to impose an “immediate sanction”.  Reading the JC today, I wonder how long it will take before Ava Nagila becomes a compulsory part of our national musical curriculum.

This is the reality: The most radical exponents of the most vile form of Jewish racist and supremacist ideology are accusing me, an anti-racist campaigner, of being an anti-Semite. Considering that I lead one of the most ethnically varied musical ensembles on this planet – this accusation is absurd, amusing or sad and probably all three.  But here’s the good news. On every possible front they are failing. No matter how much these Zionist supremacists convince themselves that I am the ultimate Jew-hater, they have failed to convince anyone else. 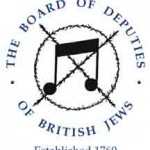 By bullying British cultural institutions and harassing artists in the name of the Jewish community, Jewish organizations are achieving nothing but the defamation of the whole of British Jewry.

So, to the Jewish Chronicle and the Board of Deputies of British Jews: You are acting against openness, pluralism, freedom of expression and artistic freedom – probably the most precious values this country has. Perhaps it is worth bearing this in mind.

The Wandering Who-A Study of Zionist Hysteria , available on  Amazon.com  or Amazon.co.uk