Home Veterans What We Have Here Is A “Flagrantly Undemocratic Situation” 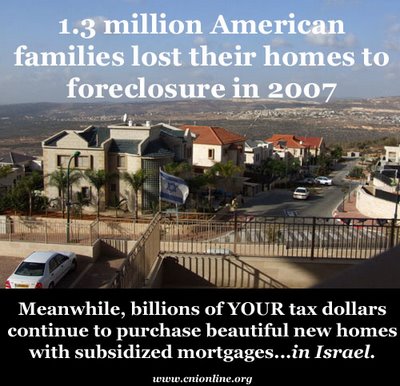 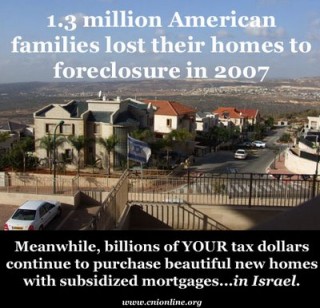 The early Gush Emunim settlers, living in their tents on West Bank hills, may have dreamed of this day, but they could not have imagined that the world’s greater power, the United States of America, would so easily fall into line and follow the dictates of what has become a settler-dominated Israeli government.

In the words of Ha’aretz publisher Amos Schochken, Gush Emunim has seized control of power in Israel and driven the state into a “flagrantly undemocratic situation.”

How was it possible for this much power to be seized by “a right-wing ultranationalist, religio-political revitalization movement”, as it is described in Israel: A Country Study?

Gush Emunim was formed in March 1974, a few months after the October 1973 War, known in Israel as the Yom Kippur War and in the Arab world as the Ramadan War.

The outcome of the 1973 conflict ended in Israel’s favor, thanks to “an estimated US $5 billion in equipment, of which more than US $1 billion was airlifted by the United States during the war when it became apparent that Israel’s ammunition stores were dangerously low.”

A few months after the war, Gush Emunim was created by the National Religious Party (NRP). When NRP joined the Israeli Labor coalition, Gush Emunim joined with other religious groups and began building illegal Jewish settlements beyond the Green Line.

US President Jimmy Carter left the White House in 1981, replaced by Ronald Reagan.

Every American president since has uttered increasingly weak protests against settlement expansion, gradually “believing” Israel’s claim that the settlements were not for expansion, but for security .

With the rise and departure of each new US president and congress, Gush Emunim grew stronger. 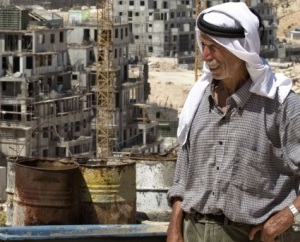 How strong has the Gush Emunim movement become? From the scattered Gush Emunim  settlements of 1974, the number of settlers now living beyond the Green Line has reached one half million residents, counting those who now live in what Israel considers its annexed areas.

The settlement movement has expanded to include large blocs of settler populations, such as the  settlement under construction in the picture, which Israelis call Har Homa.

In the picture, Palestinian Said Eid stands next to his house, which is not shown, as construction continues.

With its growth in locations throughout the Occupied Territories, the Jewish settler population has emerged as a potent political force.

With the rise to power of Prime Minister Benjamin Netanyahu, the settler movement has gained control of not only the government of Israel, but by extension, now influences the US government and US power centers in the US media and the economy.

Some of this power is exercised by intimidation and money, and when needed, emotional appeals to such “trip lines” as The Holocaust and allegations of anti-Semitism.

The current campaign to agitate for war against Iran, for example, is well documented by Salon author Gary Kamiya, whose posting, The Boys Who Cry “Holocaust”, identifies the “boys” as “the same neocon hawks who lied us into Iraq [and are now] using the ultimate argument-stopper to push war with Iran”.

The early Gush Emunim settlers, living in their tents on West Bank hills, may have dreamed of this day, but they could not have imagined that the world’s greater power, the United States of America, would so easily fall into line and follow the dictates of what has become a settler-dominated Israeli government.

It was not easy, but it was carefully planned. At a heavy cost of the abandonment of the “shared values” of all religions, the plan was carried out.

Decades have passed, but the power of those early settlers and the half million who have followed, have brought us to the 2012 US presidential race, in which, as reported by London’s Daily Mail, Republican presidential candidates vie with one another to promise to go to war against Iran because that is what Israel wants them to say and do.

GOP frontrunner Mitt Romney and increasingly popular Newt Gingrich both used a presidential debate on foreign policy to back a pre-emptive military strike against Iran to stop the country obtaining nuclear weapons.

Former Massachusetts Governor Romney said that if ‘crippling sanctions’ failed, war would be an option because it is ‘unacceptable’ for Iran to become a nuclear power, while ex-speaker Gingrich argued the United States should covertly ‘take out their scientists,’ and ‘break up their systems’.

That is Gush Emunim, right-wing Zionist talk, and it is coming in a Republican presidential nomination debate between a Mormon and a former Southern Baptist, who is now a Catholic.

How did this happen?  How has Gush Eminum moved from a few radical religio-politco extremists hovering in tents on the hills of Palestine to become a powerful force in American elections?

Phillip Weiss, the insightful and wise US Jewish blogger, tackles this issue on a regular basis at his site, Mondoweiss.

This week, Weiss posted an entry which he entitled, “NBC and the Israel Lobby”.

In this posting, Weiss identifies David Cohen, of Philadelphia, who is, as Weiss puts it, “the longtime political guru of former Pennsylvania Governor Ed Rendell”.

David Cohen is also a media mogul, the executive vice president of Comcast, the company that bought NBC and MSNBC in 2009.

This makes him the boss of the MSNBC nightly lineup of television talk show hosts that include Chris Matthews, Ed Schultz, Lawrence O’Donnell, and Rachel Maddow.

One thing this quartet has in common: They are all PEPs (Progressives Except on Palestine).

Cohen’s influence, however, extends far beyond the broadcasters who work for him at MSNBC. Weiss writes that Cohen is also close to Barack Obama.

For example, a few months ago, Cohen raised $1.2 million for Obama at his Philadelphia home.

Like Ed Rendell, Cohen is pro-Israel. He is the former vice chair of the Jewish Federations in Philadelphia, a pro-Israel organization.

Cohen was described by a Philadelphia Jewish publication to be “genetically hard-wired” to serve that role:

He believes that there is historic precedent for Jews “rallying to Federation” during times of crisis. “Whenever Israel’s physical security is threatened, people turn to Federation to provide support,” he says, adding “we must ignite this same Jewish passion to meet local needs addressed by Federation and its partner agencies.”

Cohen represents the merging of Israeli passionate loyalty, economic reality, media power, and a realization that Israel has the backing of its own creation, the Israel Lobby.

Weiss then asks the question that always comes up in these discussions, “what is the Israel lobby?” His answer is one to clip and slip in your pocket to use the next time someone asks you that question.

[The Israel Lobby] is the force inside our discourse that defends the special relationship between the U.S. and Israel, forever. Are all Jews part of the Israel lobby? Of course not. There is growing diversity inside the Jewish community, bucking the commandment, Thou must support Israel.

But Ed Rendell is certainly part of the lobby.  .  .  And I think Cohen is part of it, too, given his former role at the Federations.”

Call me cynical, but this proves the old adage, Freedom of the press belongs to he who owns one. And it explains why Chris Matthews keeps his mouth shut on Israel/Palestine.

In Israel this week there were reports of the “activities of Israeli settlers who terrorize Palestinians in the West Bank and who have now turned against the Muslim residents of the state of Israel.

No American voices of influence in either political or media circles are raised against the power of the Gush Emunim over US and Israeli policies.

This is not the case in Israel, where Amos Schocken, owner of Haaretz, a major Jerusalem newspaper, is one of a group of Israeli moderates who know what Zionist ideology is doing to their country.

In an article in Ha’aretz this week, Schocken delivers a harsh indictment of Gush Emunim:

The ideology of Gush Emunim springs from religious, not political motivations. It holds that Israel is for the Jews, and it is not only the Palestinians in the territories who are irrelevant: Israel’s Palestinian citizens are also exposed to discrimination with regard to their civil rights and the revocation of their citizenship.

This is a strategy of territorial seizure and apartheid. It ignores judicial aspects of territorial ownership and shuns human rights and the guarantees of equality enshrined in Israel’s Declaration of Independence.

Schocken notes that in the situation in South Africa, the term “apartheid” refers to “the undemocratic system of discriminating between the rights of the whites and  blacks”.

He acknowledges that while there is a difference between South African apartheid and the situation today in the Occupied Palestine Territories, there are strong similarities. For example:

There are two population groups in one region, one of which possesses all the rights and protections, while the other is deprived of rights and is ruled by the first group. This is a flagrantly undemocratic situation.

Israel has long bragged that it was the “only democracy in the Middle East”. Schocken concludes that that designation is not true. The current state of Israel has allowed Gush Eminum to drive his country into a “flagrantly undemocratic situation.”

The first picture is a poster from the website CNIonline.org and the picture of Said above was taken on June 3, 2009. It is an AP Photo by Sebastian Scheiner. The picture is from Boston.com. 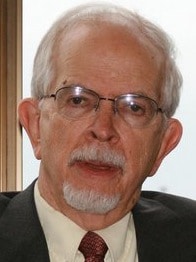