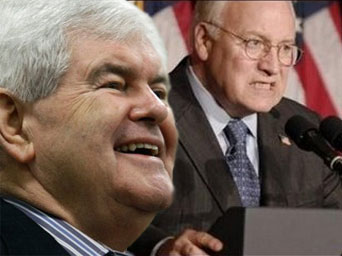 Americans won’t like this. Practically everyone else will: Americans simply can never admit they were wrong

Patriotism consists not in waving the flag, but in striving that our country shall be righteous as well as strong. –James Bryce

Americans won’t like this.  Practically everyone else will: Americans simply can never admit they were wrong.

Ill-begotten wars–from Vietnam to Afghanistan have accomplished nothing but increasing enemies toward American arrogance.

Nothing could have been more misguided than the Iraq war, based on a mythical collection of WMDs. The lie, the war and the occupation cost the lives of 4,801 Americans plus 179 UK lives and the death of 1,455,590 Iraqis. The WMD’s never existed.

Instead of an admission that the Iraq debacle was wrong, the fraudsters made lame excuses in attempts to exonerate themselves.  Past Vice President Dick Cheney, the strongest defender of the Iraq misadventure continues his vain attempts to justify the unjustifiable.

“There is nothing less to our credit than our neglect of the foreigner and his children, unless it be the arrogance most of us betray when we set out to ‘Americanize’ him,” wrote American sociologist Charles Horton Cooley.

On November 28th, a NATO air attack killed at least two dozen Pakistani soldiers. Instead of admitting that they were wrong, the US military suggested that the Pakistanis shot first.

Said Fred Branfman about the incident, “Short-sighted U.S. policy is creating a national security disaster in Pakistan.” Instead of apologizing and admitting to a mistake, Branfman concludes: 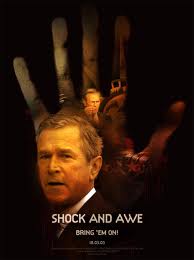 Next, not only do Americans display a belief in their superiority over other countries, their leaders’ actions reveal an arrogant pre-eminence over the masses of the American public.

In an earlier article, “Ruled by Arrogance”, I commented on an American tendency to discredit others’ opinions with forcefulness aimed at dominating those considered weaker or less important.

Texas governor and Republican presidential candidate Rick Perry faulted a mixture of arrogance and audacity in the Obama administration:

This administration in Washington…clearly believes that government is not only the answer to every need but it’s the most qualified to make essential decisions for every American in every area. That mix of arrogance and audacity that guides the Obama administration is an affront to every freedom-loving American.

That’s the same Rick Perry who arrogantly boasts about how great Texas has been with his governorship. In America, the pot (Rick Perry) is expected to call the kettle (Barack Obama) black.

Watching President Obama apologize last week for America’s arrogance before a French audience that owes its freedom to the sacrifices of Americans–helped convince me that he has a deep-seated antipathy toward American values and traditions.

What American values and traditions does Santorum believe become belittled by an apology uttered by an American president? American arrogance!

Earlier, in April 2009, a number of Republicans castigated President Obama for bowing before Saudi Arabia’s King Abdullah. Though the White House denied it, the video of the meeting provided enough fodder for Obama’s critics.

The arrogance of Obama’s predecessor established a standard of American presidential behaviour that those following the Bush administration should not deviate from.

America has a history of arrogance reflected in racial and gender supremacy. The Ku Klux Klan (KKK) provides an example of a superior white attitude reflected in American slavery.

In a country full of misogyny, it’s ironic that Americans now belittle countries whose men treat women as lesser creatures.

If it’s difficult to convince most Americans that they are guided by undeserved arrogance, those who know it seem undisturbed by it.

As I mentioned in an earlier article, “Look closely enough and you’ll find groups in any country who believe they are superior to all others.”

When the political elite assume they are superior to others, and when the media elite behave as if America is better than others, they flaunt a dangerously endemic model of arrogant behaviour.

The problems come when the “others” resist being disadvantaged.