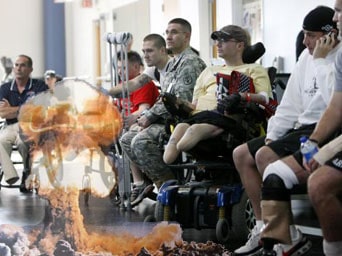 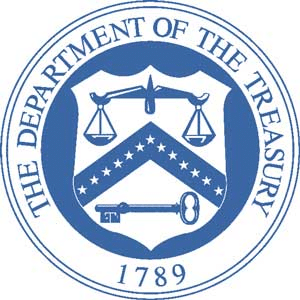 This language also contradicts the current language and protection under USC Title 38 §5301, which stipulate that any money traceable to VA disability is not considered property, nor subject to attachment, seizure, garnishment, levy under any legal process whatsoever. When civil courts garnish veterans’ disability under the premise of this new policy, it can be construed as double jeopardy, since federal laws already protect all benefit moneys against any garnishment order. The Department of Treasury would no legislative authority under the current federal statutes to garnish any veterans’ disability compensation, nor can it extend this fraudulent authority to the banks. To do so would constitute a violation of the federal laws that prohibit such legal process.

The U.S. Department of the Treasury recently enacted a new regulation that requires banks to protect federal benefits from being garnished. Before these protections were in place, exempting federal benefit payments from being garnished was hit or miss depending on your showing up in court or proving that the funds in your account were exempt. Here is what you need to know:

The new policy became effective May 1, 2011, and requires banks to review accounts when they receive a garnishment order. If the account contains federal benefits from any of the following sources, then the bank must protect those funds:

The protected amount would be based only on the federal benefit deposits identified in the previous two months immediately preceding the garnishment order. The bank is required to review the accounts of the person named in the garnishment order within two days after receipt of an order. For example, if during the look-back period the bank identifies two federal benefit deposits of $1,000 each, they are required to protect $2,000 of funds in the account.

Any funds in the account in excess of the protected amount established during the two-month period preceding the garnishment order are not protected and are eligible for garnishment per the order received by the bank.
If the garnishment is to pay delinquent child support or a federal debt, then the above rules do not apply and all the funds are subject to the court order or IRS levy.

So, if your bank receives a garnishment order for you and your Veterans Affairs benefits are directly deposited, they should be protected. But, any money in the account in excess of two months of VA deposits or any money in other accounts at that bank would be fair game for the credit card company.

This new policy punishes veterans by seizing their disability compensation by attempting to redefine the garnishment protection under USC Title 42 §659 and USC Title 38 §5301. There are no special conditions on such garnishment for it protects any and all disability compensation disbursed by the Department of veterans Affairs. This language under this new law attempts to undermine the original intention of Congress under USC Title 38 §5301. It would not make sense for the federal government to implement laws that contradict other federal laws in such protection, consequently subjecting them to ambiguity in its interpretation.

It is hard to imagine that the other Veterans Service Organizations failed to understand the implications of this new law in its entirety, since, it does presents questions on whether current laws will supersede the existing federal statutes under USC Title 42 §659 and USC Title 38 §5301.

If you are a disabled veteran receiving service-connected disability compensation, you would be well advised to take your money out of the bank and bury it in a can in your backyard.

Contributing to this article;