Home Veterans 9/11, Criminality, and the Treason of the Intellectuals 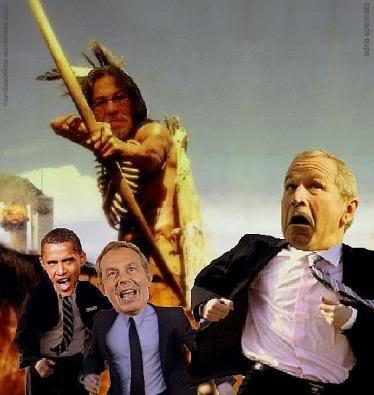 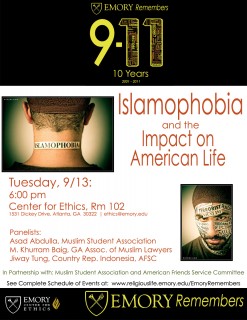 In Canada the Harper Conservatives Took Federal Power Illegitimately in 2011 Through CIA/Republican Party-Directed Tactics of Regime Change Including Media Deception and Election Fraud. The Harper Gang Has Been Frequent Hosts to the Bush-Cheney Crime Cartel whose Reign of Terror Gained Momentum with the Lies and Crimes of 9/11. Hall Addresses the Problem of Public Intellectuals Who Refuse to Look at the Evidence Discrediting the Official Cover Story of 9/11.

Along with Joshua Blakeney, Splitting the Sky, Wayne Prante, Gail Davidson, Sandra Finley, Travis Ball,  Darren Pearson, Carol Brouillet, and many others, I have worked hard to pressure law enforcement officials in Canada to arrest George Bush and Dick Cheney. This work started in the winter of 2009 after Splitting The Sky informed me that George W. Bush would be coming to Calgary in mid-March to speak at the Telus Convention Centre. Hosted in part by Bennett Jones, a very important Calgary law firm in the political economy of energy extraction in Western Canada, Bush’s speaking engagement in Calgary was his first enterprise as a private citizen since his two-term US presidency.

Calgary is the commercial capital of Alberta, an informal colony of the Texas-based US oil companies. The corporate culture of the Calgary’s Oil Patch forms the principal political base of Prime Minister Stephen Harper and his ruling Conservative Party of Canada. Harper’s CIA, Republican Party and Likudnik handlers engineered the Canadian Conservative Party’s capture of a majority of seats in the House of Commons through techniques of regime change including media deception and election fraud. According to the Marc Maynard, Canada’s chief electoral officer, this election fraud puts in doubt the outcome of at least a half of the 308 federal ridings whose elected MPs comprise the membership of the Canadian House of Commons.

One of the principal digital vehicles of the  election fraud as well as the overall reengineering of the Canadian political landscape has been Responsive Marketing Group. Under the direction of its founder Michael Davis, RMG helped create the legendary Conservative Party data base known as Constituent Information Management System, CIMS.

Bush’s presentation in Calgary led to future speaking gigs in Canada for the former US president. Indeed, many former members of Bush’s war cabinet have travelled freely to Canada for a number of purposes. Oftentimes these former White House officials have been greeted in Canada by protesters demanding that they be arrested to face criminal charges for war crimes, crimes against humanity, and crimes against the peace.  That has been the experience of former US Vice-President, Dick Cheney. Dick Cheney’s recent decision to cancel a speaking engagement in Toronto in light of what had happened to him at a prior book-promotion event at the Vancouver Club was a small but significant step ahead in our efforts as Canadian citizen jurists in collaboration with men and women of good conscience around the world.

The failure of officialdom to enforce the law on those who violate the international and domestic laws prohibiting torture, genocide, and the supreme crime of aggressive war reveals the rule of law to be a sad hoax. As Ron Paul has been emphasizing, the criminality at the top puts the Armed Forces serving the US government and NATO in positions where soldiers are ordered every day to break the law. Hopefully we shall begin to see decent men and women in the police follow the lead of those serving and retired members of the Armed Forces who have decided to go public in their refusal to respect the commands and commanders that order underlings to violate domestic and international law.

The huge failures of our law enforcement agencies to live up to their high responsibilities is underlined by the illegitimate unleashing of draconian police powers on Occupy activists and most recently on those in Montreal who have been leading the student strike in le printemps érable, the Maple Spring. The double standard, where law breaking at the top is protected whereas peaceful protests in the streets are criminalized, exposes the real identity of too many police officers as vigilantes in uniform. In the empire of lies the police are becoming a standing army to protect the kleptocratic war mongering of the 1% of the 1%. This enormously entitled minority rule through the agency of lying propaganda that elevates a criminal class of politicians such as Quebec’s Jean Charest, Canada’s Stephen Harper, USA’s Barack Obama, Britain’s David Cameron, and the current Godfather of the world’s most ruthless crime syndicate, Israel’s Benjamin Netanyahu.

In the course of our efforts as citizen jurists to have Bush and Cheney arrested according to international law as well as the Canadian Crimes Against Humanity and War Crimes Act (2000), the issue of 9/11 emerged repeatedly as a source of division. Mohawk activist Splitting The Sky was prominent among those that insisted on not shying away from the overwhelming evidence pointing to the prominence of the Bush-Cheney crime cartel among the Israeli-inspired perpetrators of 9/11.

It was Splitting The Sky who attempted in March of 2009 a citizen’s arrest of Bush in Calgary, the political base of local crime boss Stephen Harper who stole the federal election of 2011 through imported techniques of election fraud. The failure of key activists in the Arrest Bush and Anti-War movements to rally in support of Splitting The Sky during his trial brought to the surface the unwillingness of many supposed progressives to ally themselves with citizen jurists who include the abundant 9/11 frauds among the major crimes that must be addressed to save the world from the out-of-control war mongers, corporatists, and kleptocrats. This history provides the background of my open letter to Susan Serpa, who joined us as an organizer for the Arrest Bush event last autumn.

The issues you raise are very important. I have had difficulty trying to understand the unwillingness of many in the intertwined Anti-War and Arrest Bush movements to address the substance of the specious justifications given for mounting the so-called Global War on Terror and its outgrowths that continue with huge negative consequences for all humanity. I find myself wanting to get more and more explicit in connecting the rise of toxic Islamophobia to the failure of many so-called progressives to address the lack of verifiable evidence for the official cover story of 9/11. The manufacturing and manipulation of the religious mythology of 9/11 to inflame mass hatreds towards Arab, Muslim and more recently Persian people and peoples helps fuel psychologically the enormous empowerment of the war machines and its operatives in high finance, the media, the academy, civil society, and government.

The capacity of outright disinfo agents like the Jonathan Kay and Michael Shermer to continue deploying the “conspiracy theory” meme to establish boundaries of what can and cannot be talked about in supposedly respectable company marks depths of intellectual dishonesty into which our public discourse has fallen. What is presented as “Real News” is not. The ongoing 9/11 disinfo campaign is not a single misrepresentation of the facts. Rather the manufactured 9/11 myth forms the basis of the master narrative whose derivations are expressed every day in the mainstream media’s daily diet of war-promoting, hate-promoting, anti-Arab, anti-Muslim propaganda. Please continue your efforts Susan to help those complicit in maintaining the matrix of 9/11-related lies to face the core reality of our times, to free themselves from involvement in crimes against humanity through their cowardly silence.

It is time to stop pretending in public that the emperor is wearing clothes when he is obviously starkly nude. The depiction of the killing of bin Laden by Obama without a shred of evidence to support the US president’s outlandish claims should have been enough to create a chorus of outrage calling for some reckoning with the Big Lie of our time together with its many derivations and extensions. Who will begin the process of dismantling this convoluted web of deceit  that keeps much of the public ensnared in tyrannies of manufactured fear induced by the concocted mythologies of 9/11? What is wrong with our public intellectuals that such a rudimentary exercise in applied scepticism is not happening on anywhere near the scale that would have to happen in order to put the real culprits behind bars? What would it take to shine a light of justice into a heart of darkness more depraved than anything conjured up in Joseph Conrad in his famous novel of Africa and empire?

If one tries to picture the defense that Bush or Cheney or Blair etc would probably raise if they were ever to face trials for their prolific international crimes, fabricated stories about what happened on 9/11 would no doubt figure prominently in their narratives of self-justification. The time has come for many more of us in the academy, in the media, and in government to take our heads out of the sand so we can expose more decisively those who perpetuate and embellish the 9/11 fable giving false justification for the highest order of crimes against humanity, war crimes, and crimes against the peace.

I’ll tell you why. Because we’re basing ALL our foreign and domestic policies on 9/11. If it weren’t for 9/11, we wouldn’t have endless wars (the war on terror is by very definition endlesss). If not for 9/11, the general populous wouldn’t willingly forfeit ALL the liberties (just look at what we tolerate from the TSA). If not for 9/11 and enormous bloat of the defense and homeland security budgets, we would not be suffering the consequences of the emptying of our coffers.

Thank you, Dick, for an excellent and concise explanation.”