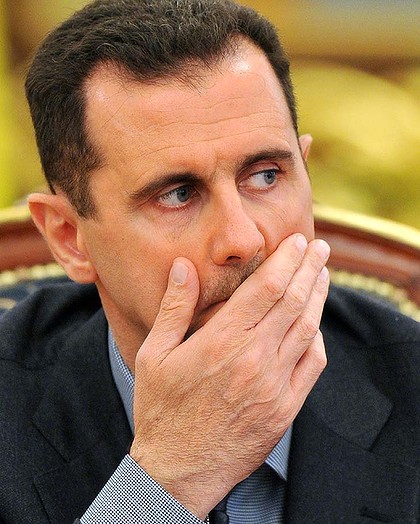 A  politically incorrect wave of labyrinthine madness is casting its heavy shadow over Syria as the country is being surrounded left and right by Zionist plots thickening beyond control. 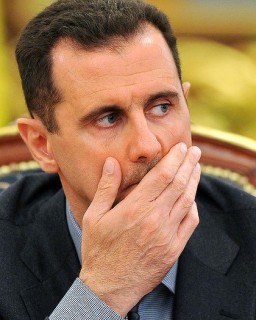 The complicated situation in Syria is ever more obfuscated by myriad forces at work to destroy the friend of Iran and the foe of Israel.

Syrian President Bashar al-Assad warned on Sunday that Syria has become the target of imperialist foreign conspiracy and that the country is facing a real war waged from the outside.

In an address to the new parliament in Damascus, Assad said, “We are not facing a political problem because if we were this party would put forth a political program. What we are facing is (an attempt) to sow sectarian strife and the tool of this is terrorism.”

The Syrian leader also slammed the perpetrators of the Houla massacre as “monsters”. The carnage claimed the lives of 108 people, including 49 children and 34 women.

“What happened in Houla and elsewhere (in Syria) are brutal massacres which even monsters would not have carried out,” Assad said.

As an act of character assassination and in order to portray Assad as an illogical person, the media only broadcast a select part of his speech, cutting his speech only to those parts which could be easily misinterpreted or interpreted out of context instead of giving every listener or viewer the chance to judge everything in its proper context.

In his speech, Assad defended Syria’s right to fight the terrorists who “dominate the scene” and “decapitate the Syrians”, a right seen by the international community as violence against protesters.

To a world contaminated by the lies and deception the media help promote, Assad seems to be seen the main culprit in the massacre although unspeakable reports from eyewitnesses at the scene of the crime testify to realities, which could be painful to the ears and the hearts.

A witness to the May 25 carnage in Houla says armed groups raped women before killing them and the children.

“They (armed groups) burned houses and killed people by the families because they were loyal to the (Syrian) government. [They] raped the women and killed the children” (Global Research, June 1, 2012).

Another witness said the armed groups “used the women and children as human shields and continued firing” at Syrian forces.

In a statement issued on May 29, Rupert Colville, spokesman for the UN high commissioner for human rights, said a “substantial part” of the Houla killings was “summary executions of civilians, women and children.”

Unfortunately, Arab puppet regimes such as Saudi Arabia and Qatar are fanning the flames of crisis in Syria and playing in the hands of Washington to serve the interests of Israel. For instance, Saudi Arabia is brutally critical of Syria and ironically talks of democracy and popular uprising in Syria while at the same time, the regime supports the Bahraini dictatorship and even sends men to crush the popular uprising there. Qatar’s prime minister, Sheikh Hamad bin Jassim al-Thani, called on the international community in Oslo, the Norwegian capital, to provide arms to Syrian rebels. These two countries and some other Persian Gulf nations also made a promise of millions of dollars in aid and equipment to the rebels in order to step up the fight against the regime of Bashar Assad (The National, April 2, 2012).

In the intricate grand scheme taking shape in Syria, Israel certainly plays a furtively guileful role. Influential Zionist parties are instrumental in steering the unrest into a direction most debilitating to the government of Bashar Assad. Prominent among these Zionists is Haim Saban, an Egyptian born Israeli-American media mogul who serves as a political power broker.  Saban, who is self-described as “a one-issue man” with Israel being “his issue”, plays a pivotal role in the Syrian unrest. At a conference in Israel, he said, “Three ways to be influential in American politics are to make donations to political parties, establish think tanks, and control media outlets.”  In 2002, he contributed thirteen million dollars for the construction of a new building for the Democratic National Committee. The same year, he founded the Saban Center for Middle East Policy at the Brookings Institution, in Washington, D.C. which is affiliated to the powerful Zionist lobby in America notoriously known as AIPAC.

The current director of the institute is the pro-Israel lobbyist Martin Indyk, who had earlier founded the Washington Institute for Near East Policy, an AIPAC spinoff, to counter the Brooking Institution which was criticized for not being pro-Israel enough.

A former US ambassador to Israel, Australian-born Jew, Martin Indyk used to be an assistant secretary of state. In an interview with ABC, he clearly enunciated that Washington was working closely with Turkey and Saudi Arabia against Syria, “The leverage really comes from the sanctions that we are imposing, the isolation that we’re orgAsanizing and the coordination with Turkey and Saudi Arabia” (abc.net.au October 25, 2011).

The operations of the Saban Center were extended to Doha in Qatar, a regime which vehemently supports the removal of Assad and has offered generous military and financial support to that effect. Known as the Brookings Doha Center, the Qatar-based center was established by the pro-Zionist Martin Indyk who is emphatically financed by the Qatari regime.

The Zionist labyrinthine corridors are so numerous that their footprints and their agents are scattered everywhere.  The continuation of this Zionist influence is Shadi Hamid who currently serves as the director of research at the Brookings Doha Center and Fellow at the Zionist Saban Center for Middle East Policy at the Brookings Institution. In fact, these centers are secretly tasked with formulating strategies and exploring effective ways to destabilize any regime in the Middle East which proves hostile or detrimental to the interests of Israel. 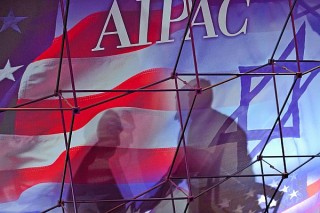 To sum up, Israel is following a tripartite plot in order to topple Bashar Assad and destroy Syria under the guidance of Haim Saban: 1. make donations to political parties (e.g. funding and arming rebels and Wahhabi terrorists in Syria) 2. establish think tanks (e.g. setting up centers such as the Zionist Saban centers in Washington and Doha and formulating effective strategies to bring down the Assad government) and 3. control media (blacking out Arab and Western media from delivering honest and unbiased reports on the Syrian situation).

That there will be an all-out war in Syria, one cannot say with surety.

However, it is evident that the Zionist plot has been craftily devised to involve a military intervention in Syria and turn the country into chaos and ruins.