Home Military On Being a Veteran 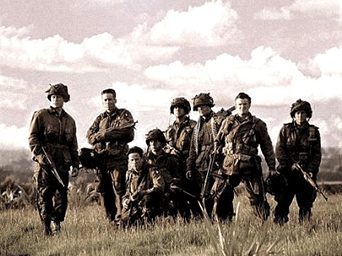 Joining the Navy in 1957 was a defining moment in my life. Being a Naval aviator and flying off the carrier was a dream come true. The Navy forced me to grow up, become focused, become part of a team and finally to realize that there was nothing I couldn’t accomplish if I put my mind and heart into it

I’m proud of being a Navy veteran and serving five years on active duty as well as two additional years as a weekend warrior. I believed in what I was doing at that time and I served in the lull between the Korean conflict and Vietnam War 1957 – 1964. Although I was trained to kill with my sidewinder and Sparrow missiles ~ I never had to fire them in anger although I most certainly would have fired if directed.

The highlight of those five years was my 10 month tour on the USS Ranger which was patrolling the South China Sea and the Sea of Japan. I flew an all-weather supersonic single place all-weather interceptor (F3H Demon) and most of my 135 carrier landings were at night or in severe weather conditions. There was no room for laxity under those conditions ~ it was all about intention, hand eye coordination and focus.

The carrier was my eternal mother who embraced me every night by not only catching me in her three deck wires (often at a low fuel state) but later lulling me to sleep with her gentle rolling and the musical hum of her giant turbines.

Everyone on the carrier was part of a coordinated team and the common effort was to safely launch and land its large complement of fighter and attack planes. I felt blessed and totally supported in my mission from deck hands to landing signal officers. There was a tremendous feeling of being an integral part of something far greater than myself.

I’ll never forget one early dawn launch on the South China Sea. I was sitting on the number one catapult waiting for the carrier to turn into the wind, my aircraft canopy was open and I began to cry tears of joy. I was living my dream and suddenly I realized it and I also realized that there was nothing I couldn’t accomplish if I set my mind and heart to it ~ as I had in becoming a Navy Carrier pilot.

I have never forgotten that moment but that insight was just a prelude to eventually fully opening my heart, going through my fears and proving and owning my Unified Field many years later.

The journey of the heart is much like flying in all weather conditions in that you must conquer fear and your self belief is your needle ball instrument ( the one aircraft instrument that tells you if you are straight and level or upside down in a vertigo episode ~ which I harrowingly experienced many times).

Now I’m living my ultimate dream which is sharing my gift of seeing through the heart with other veterans of Vietnam, Iraq and Afghanistan (with PTSD) and helping them to a place of another choice by jump starting their hearts and reawakening their desire to love, be loved and heal themselves in the process. As I watch a light go on within these spiritually wounded warriors who are living in the grey zone of PTSD ~ I realize I’ve come full circle and once again I’m in service from a place of celebration and joy.

My recent newsletter on band of brothers # 11 summarizes my work with five more Iraq and Afghanistan veterans, all with PTSD, who faced their fears and not only opened their hearts but found and began to heal themselves in only eight weeks. See article ~

Every day at least 18 U.S. veterans attempt suicide, more than four times the national average. Of the 30,000 suicides each year in the U.S., 20 percent are committed by veterans, though veterans make up only 7.6 percent of the population. Obviously, there is a deep need for a heart centered approach to these emotionally wounded warriors and the success of my ongoing healing the wounded heart workshops prove that they are more than receptive to it.

For too many combat veterans, war is a living hell they can never completely forget, 4 minute video

In many ways, PTSD is really PTHD (Post Traumatic Heart Dysfunction) for there is no permanent healing until the heart opens through gratefulness as true self-healing occurs.

As a veteran I celebrate Veteran’s Day but it does not mean I condone our questionable wars and occupations of Iraq and Afghanistan. Instead I salute the men and women who, for whatever reason, have chosen (past or present) to serve in active duty military service ~ for we have all been tested, and are as such ~ a band of brothers.