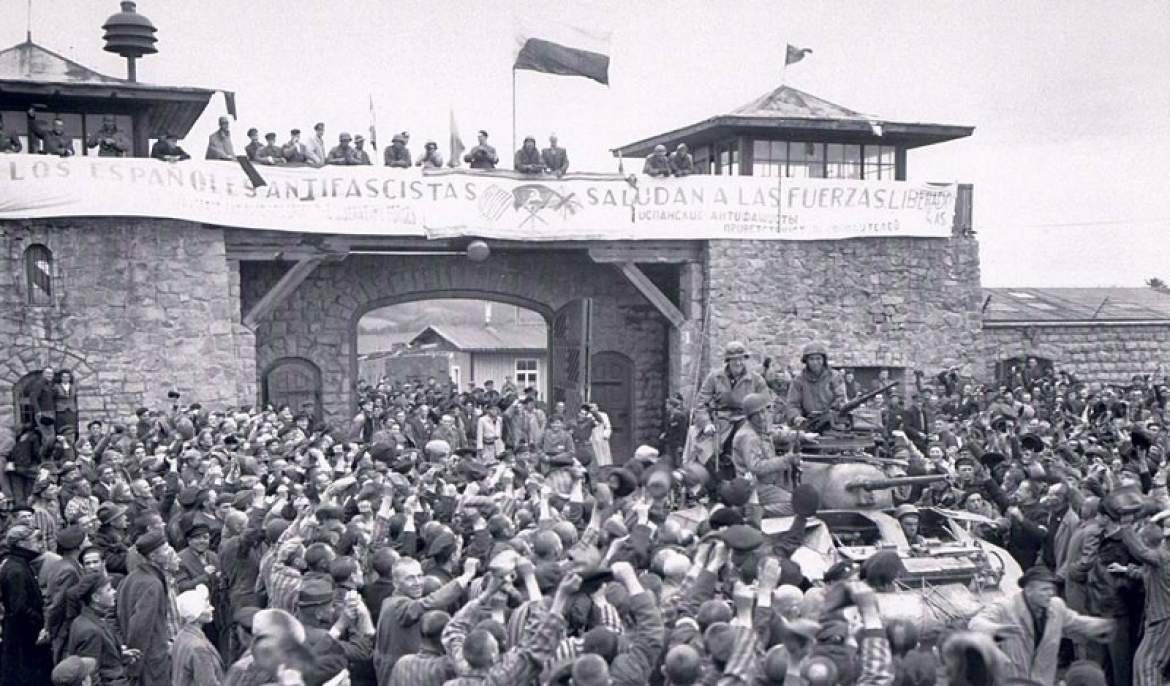 “The omission of Croatia from the conventional Holocaust studies is like a book whose first chapter is torn out“  Jonathan Steinberg, Professor of Modern European History, Harvard&Cambridge University

Author’s note: Please, watch all parts of the documentary before making your own conclusions, and, do not watch unless you can handle graphic images. If you can, you will realize that the truth is priceless, and that only by recognition of the truth, by respect and acknowledgement to the victms and the causes, the World can learn to cope and discover ways to be responsible towards our children, as well as live without hate, turning to good and human instead of evil, inhumane and disaster.

“The Pope Pius XII designates the special envoy in Zagreb. That is his elevation Ramin Marcone, with secretray Giuseppe Masucci. Archbishop of Croatia Alojzie Stepinac wrote the following in his diary:“By sending the envoy, Pope has de facto recognized the “independent State of Croatia“.

The Pope is appointing Archbishop Stepinac a military vicar for Croatian army. Every unit had a trustee, a priest whose duty was to look after the soldiers and encourage them when they plunder and commit heinous crimes. By many of newspapers and radio, a blood-thirsty hatred against the Serbs is instigated from the pulpits.

Fra Srecko Peric, a Franciscan, is sending this message from the altar of the church in Gorica, near Livno:“Croatian brothers! Go and slaughter all Serbs.

First slaughter my sister who is married to a Serb, then kill everyone else. When the job is finished, come to my church, I will confess you and give you the communion, all your sins will be forgiven.

After that the masscre began. The cruelty of the massacre that took place that day, takes the breath away. Ustashe hordes raped the women, cutting off their breasts, cutting off arms and legs to elder women, gouged eyes. And they were decapitating young children, and throwing them on the laps of their mothers“. 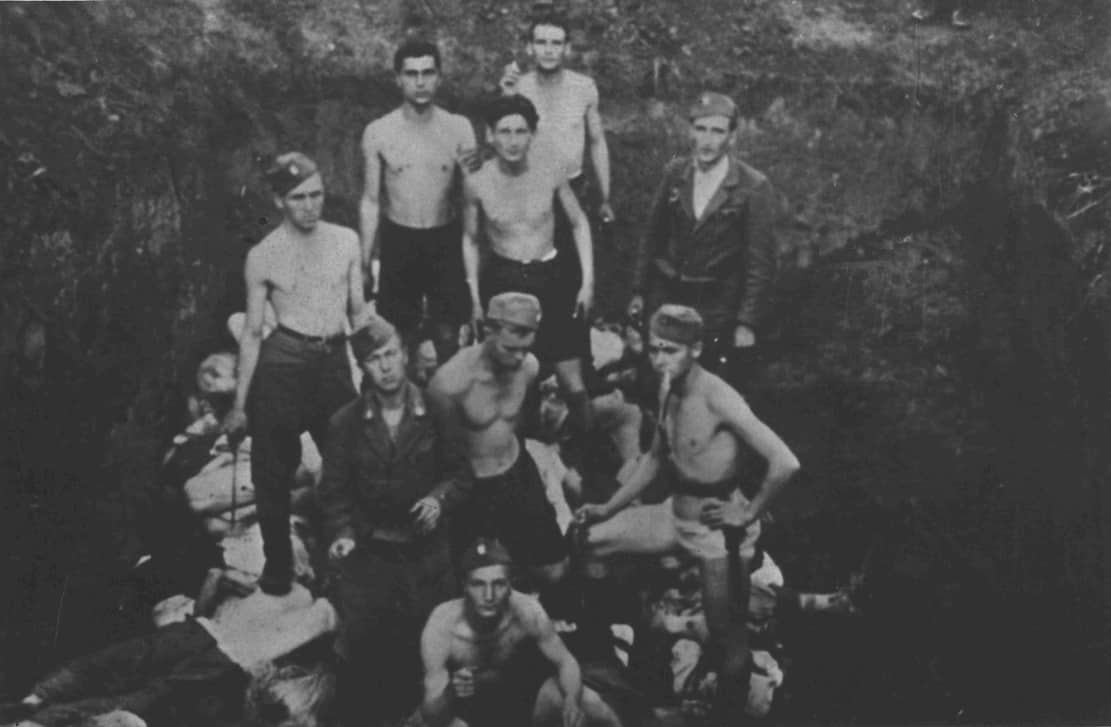 In Knin, the Italian division commander, Mr. Sassara, is asking Vjekoslav Shimich, a Franciscan, what is their objective? Shimich replies:“To kill all Serbs, as soon as possible“.

Commander Sassara could not believe what he heard. He asked Franciscan Shimich to repeat that. Shimich has reiterated:“To kill all Serbs as soon as possible. That’s our program“.

I am surprised, an Italian replied, that one doesn’t realize the horror of that idea, and the priest, what’s

so more, a Franciscan, could make such a statement.

The most horrendeous crimes in Knin county were commited by ustashe leader fra Vjekoslav Shimich. This servant of God and St. Francis too, was killing the Serbs personally.

Fra Marko Zovko consistently instigates the peasants to murder and rob the property of Serbs, patronizing them:“If only one Serb stays alive after the war, you will be paying the high price. That is why all Serbs must be exterminated“. Ante Pavelic, the Croatian fuhrer, decorated fra Zovko with the Order of Merit of the second degree.

Catholic atrocities began with the destruction of Orthodox Churches as well as executions of Orthodox priests. Priest Samardzich  was killed in Kulen Vakuf. Ustashe kiled his wife and children before his own eyes, before killing him. Martyr’s death was destined for priest Milosh Vuich with many other Serbs from Slunj area. His wife was ripped apart, her unborn baby was taken out of her womb, another two-year old child was muredred as well.

Fuhrer Pavelic declares in front of his army:“An ustasha who cannot take out the child from mother’s womb with a dagger, is not good ustasha.“

The same thing was done to Ljubica, wife of Spaso Lavrnja, priest from Suvaja village, near Dnji Lapac: the ustashe first ripped apart her bowels and took out the unborn baby and killed it. And then, they wounded her four-year old son with the rifle shot and slaughtered him.

Blind priest from Kulen Vakuf, Vukosav Milanovich, was forced to listen how ustashe slaughtered his children. They forced him to slaughter his daughter.

In Veljun, Slunj county, ustashe said to Serbian priest Branko Dobrosavljevich to dig a grave for his son. When he was done, they brought his son and started to wip him before his father’s eyes. When he passed out, tghey woke him up again, cut off his arm and peeled off all skin from his head. Then they bandaged him to stop the bleeding, gave him the beating, and finaly finished him with the hammer. Then they forced the father to sign an Orthodox requiem for his son, whose name was Stefan. The priest fainted three times during the requiem. The ustashe forced him to finish by whipping him. At the end he was executed as well, with the hit of the hammer.

The ustashe tied Bogich George, a Serbian Orthodox priest, to one tree. They wipped him until he was covered with blood, they cut off his ears, nose and tongue, sawed off his beard and chin. They burned his eyes with a candle, and when they saw that the victim is showing the signs of life despite all torture, they ripped his chest open with a knife, and fired a gunshot into his chest.

Serbian Archbishop Platon of Banja Luka and his companion priest Dushan Subotich, had their eyes gouged out, while their chest was set on fire. Then their ears and nose were cut off, before they received the final blow.

Source: Karl-Hans Genscher, German writer, author of the book „With God and fascists“.

The Metropolitan of Sarajevo Petar Zimonjich was murdered along with Archbishop Sava. Several hundreds of Orthodox priests have been killed. At the same time, Catholic Archbishop Sharich of Sarajevo is writing odes to Ante Pavelic:“Dr Ante Pavelic, with this dear name, Croatia has its treasure from heaven.

Archbishop Stepinac to Pavelic: You have our wholehearted respect, and we promiss you our humble and faithful cooperation, for the brighter future of our homeland.

The bloodbath went on from 10 pm to 4 am and this was continued for eight following days. The cutthroats had to change their uniforms for having them soaked in blood. Later on, children were found on a barbeque stick with the arms and legs bent out of shape.

Ljuban Jednak, Glina church massacre survivor, stated:“ The ustasha took one man who was lying close to me, lifted him and asked him if he is alive? He said that he is. Please, don’t slaughter me, the man said. They asked him will he give them his mother and his sister? I’ll give you everything you want, he said! Then two ustashas took him by his arms, took the candle and set his eyes on fire. The man was moaning, begging them not to burn his eyes and mustache. Then one of them said: Slaughter him! Next thing, they slashed his throat. He fell. I kept on listening, I tought it’s all over, the blood was up ti the knees. I jumped out of the cupboard where I was hiding, throwing myself in between the slaughtered people. One ustasha was stabbing the people, one by one. He stabbed the man next to me, leaning his leg against my back. I was waiting for him to stab me. He didn’t.“

„Among the walls that absorbed screams and horror, red lips and mouth, with recent wounds and full of blood, kept silent. They kept on lying there, lying humilliated, deprived of themselves, deprived of everything but death, they lied there, sticky, slaughtered…slaughtered…“

“The ustashe begin slaughtering the peasents on the top of cask, shouting that they are collecting blood for the birthday of fuhrer Pavelic, that was due shortly. The thing that astonished me the most, and left the most striking mark on my soul is that the peasants outnumbered the ustashe, and that that ustashe were bringing the peasants to the cask without much resistence.

The ustashe brought them above the barrel, where they were salughtered. The blood was flowing into the barrel. Then they were thrown aside, while others were simply waiting there for their turn. Velizar Zechevich eyewitnessed the slaughter of Serbs over one barrel, where ustashe collected blood to send itto Ante Pavelic, as birthday present.” 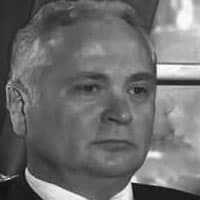 Author Details
Vojislav Milosevic
Director of Center for Counter Terrorism and World Peace (Centra za Anti-Terorizam i Svetski Mir). Milosevic graduated at the Faculty for Political Sciences in Belgrade in 1980 with postgraduate studies in Islamic fundamentalism. He has worked with UNESCO and UNCTAD, a journalist, counselor at the Protocol of the Federal Parliament, speaker, politician, and book author.
[email protected]