Home Veterans Veterans Request Waxman to “Do the Right Thing” 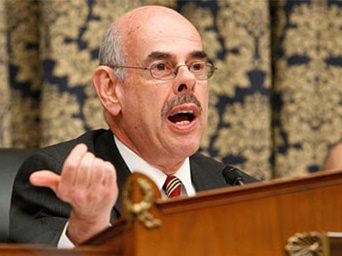 An open letter to U.S. Congressman Henry A. Waxman.

LOS ANGELES – On June 6, we celebrated one of the greatest days in World History, the 70th Anniversary of the Invasion of Normandy during World War II that led to the end of Nazism as well the liberation of Europe.

This is a great time for America to celebrate with pride to honor our brave and courageous World War II Veterans who not only saved our Nation, but the entire world from tyranny, oppression and ruthless dictators.

This is also a sad time of great shame and embarrassment for America as the Department of Veterans Affairs (VA) has failed to serve our war-injured and homeless Veterans, not only here in Los Angeles, but nationwide.

The largest VA in the nation is within your 33rd Congressional District and you are entrusted to oversee that it is maintained for the sole and very best interests of our Military Veterans.

Instead of providing proper housing and care for our disabled and homeless Veterans in accordance with the Congressional Act of 1887 and the legal Deed of 1888, these sacred grounds have been pillaged and plundered for non-Veteran use and it’s become an International disgrace.

On Sunday, March 9, 2008, the peaceful and non-violent “Veterans Revolution” was established to bring an end to the rampant mismanagement, malfeasance and misappropriation of Veterans property at the Los Angeles National Veterans Home and to stop the abuse and mistreatment of our fellow Veterans who are disabled, disadvantaged and homeless.

The record reflects that every Sunday henceforward, (Sunday will be our 325th consecutive Sunday Rally) the Old Veterans Guard has held a vigil outside the VA protesting the biggest land fraud scandal in American history — including major Crimes Against Humanity — against tens of thousands of our fellow Veterans who are disabled and impoverished and forced to live homeless and hungry in deplorable and inhumane conditions.

In spite of our legal and peaceful protest efforts, the VA issued six false arrest citations against me. As a result, I notified the ACLU about the VA’s violation of our First Amendment Right to Free Speech and attorney Peter Eliasberg filed a lawsuit and won a Judgment against Los Angeles VA executive director Donna Beiter and Ronald Mathis, her then VA chief of police.

It was through our protests and this lawsuit that the ACLU became fully indoctrinated as to why we hung the American Flag in distress, i.e., that the lives of our disabled and homeless Veterans were in danger as well as the land that was exclusively deeded to prevent any honorably discharged Veteran from being homeless, neglected and abused.

Correspondingly, the ACLU filed a second lawsuit based on the merits of the first lawsuit, that Veterans lives and their property are in extreme danger — and they still are!

The second ACLU lawsuit confirmed why we were protesting and hanging the Flag in distress and a subsequent Federal Judgment was entered against VA Secretary Eric K. Shinseki and Donna M. Beiter — her second Federal Judgment — for illegal use of Federal VA property.

As you know, Secretary Shinseki recently resigned in disgrace because of the illegal activity at numerous other VA’s across America. As you also know, Acting VA Secretary Sloan D. Gibson has replaced him as Defendant in the second ACLU lawsuit along with Donna Beiter.

Thus, with the mountainous distrust taking place at virtually all VA’s across America, Acting Secretary Gibson needs to ensure trust with Veterans here in Los Angeles by dismissing the Federal Judgment and replacing Donna Beiter and other top-level bureaucrats with new leadership so that we can move forward with trust, accountability and inspiring progress.

Acting Secretary Gibson recently pledged: “No Veteran should ever have to wait to receive the care they have earned through their service and sacrifice. As the President said last week, we must work together to fix the unacceptable, systemic problems in accessing VA healthcare. I believe that trust is the foundation for everything we do – VA must be an organization built on transparency and accountability.”

We must hold him to his word!

On behalf of fellow Veterans here in Los Angeles, particularly our disabled and homeless Veterans, this is to respectfully request that you pay honor to our World War II Veterans and the Invasion of Normandy by taking advantage of this unique opportunity to start anew and adamantly request that the Acting Secretary dismiss the VA’s appeal of the Federal Judgment, posthaste.

In sum, please honor Plaintiff Vietnam Veterans of America along with all current and future Generations of Veterans by delivering a “full victory” in their behalf, and not insulting negotiations that won’t change a thing and will definitely extend the Veterans Revolution which has lasted nearly four years longer than World War II.

Rest assured, the Old Veterans Guard will not quit and like the mission of the Normandy Invasion declared by General Dwight Eisenhower: “We will accept nothing less than full victory!”

Congressman, “Do the Right Thing” that you were entrusted to do by accepting responsibility and ending the illegal occupation of Veterans land through demanding the full dismissal of the VA’s appeal and then declare a “State of Emergency” for Los Angeles so that we can honorably “Bring Our Homeless Veterans “HOME.”