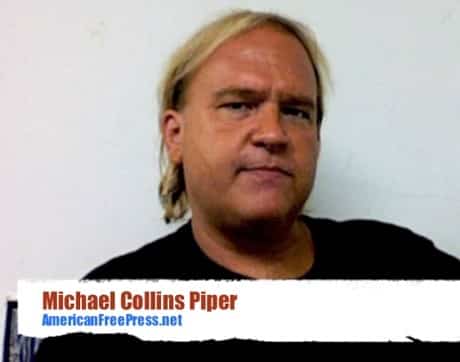 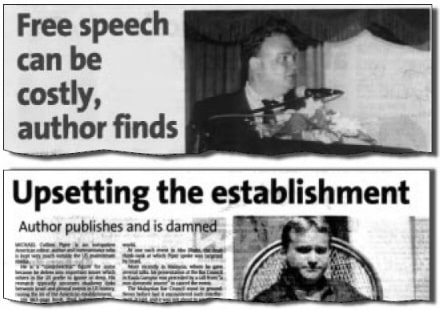 Michael Collins Piper was ahead of his time. Mike, who passed away this weekend, developed insights into Zionist power and the New World Order that I’m still working to assimilate.

I started following his work when we both worked for Republic Broadcasting Network starting in 2006. I had heard of him long before that, having followed JFK assassination research since I became aware of that issue in 1975. I vaguely knew of his thesis that David Ben Gurion and the Mossad were behind the tragedy in Dealey Plaza. But most folks in the JFK community dismissed that as “anti-Semitism”– a term that still cowed me in those days – and there was so much evidence implicating Johnson and the CIA that throwing in the Mossad seemed superfluous.

But once I started actually reading Mike’s work, I realized he was on to something.

I believe Michael Collins Piper will be most remembered for his book Final Judgment: The Missing Link in the JFK Assassination Conspiracy. It makes a damning circumstantial case that Ben Gurion, working through Mossad’s CIA assets such as James Angleton as well as the Khazarian mafia, was a prime player on November 22nd, 1963. Today, more and more people agree. Laurent Guyénot, among others, has followed the trail blazed by Michael Collins Piper.

This interview was originally recorded on November 26th, 2013.  Here is the show listing from my radio schedule blog:

Commentary Magazine writer Michael Rubin is horrified that Press TV published my recent article exploring possible Israeli complicity in the JFK assassination. He misleadingly blames “the Rouhani regime” for publishing my article, which is sort of like blaming “the Obama regime” for something aired on PBS, CNN, Fox, or C-Span, or published in the New York Times or Washington Post. (Actually, Press TV has a lot more freedom, at least in its international coverage, than any major American media outlet.)

Rubin says my article is “noxious hate” – but tellingly fails to explain why it is wrong, or where the reader might go to find a refutation of Michael Collins Piper’s thesis that Israel was a major player in the JFK assassination. (Read my response to Rubin.)

Now Michael Collins Piper himself joins me to discuss the thesis and its critics…and to wonder why he get so many insults, yet so few attempts to explain why he is wrong.