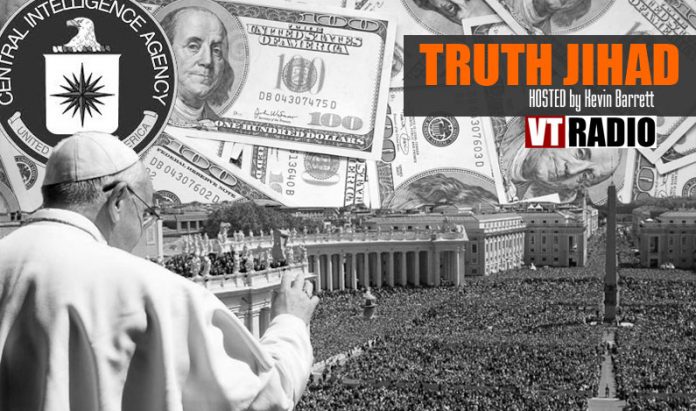 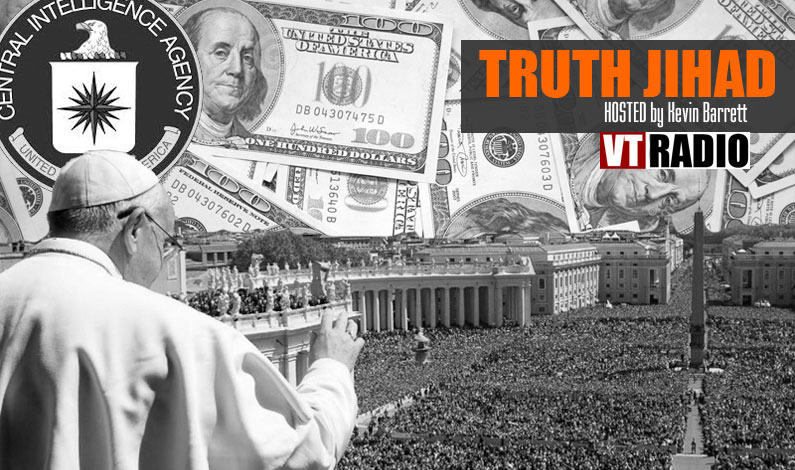 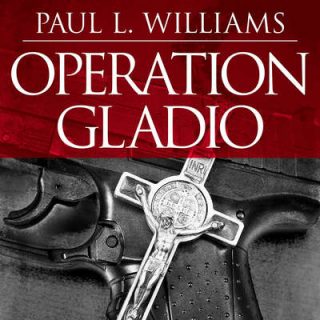 Dr. Paul L. Williams has taught humanities at Wilkes University and the University of Scranton; published ten books, including several bestsellers, with mainstream publishers; worked as a journalist for USA Today, The Wall Street Journal, and National Review while serving as a regular guest on such news outlets as Fox News, NPR, and MSNBC; and worked for seven years as an FBI consultant on organized crime. He even served as a terror consultant for Family Security Matters, an arch-neocon propaganda megaphone.

Paul Williams is also an honest man and a skilled journalist and researcher.

Something had to give.

Williams’ new book Operation Gladio: The Unholy Alliance between the Vatican, the CIA, and the Mafia is a multi-megaton explosion of truth. Copiously documented, it details the rise of the CIA drug mafia – the biggest and baddest narcotics outfit on the planet – and its vast money-laundering operations, including its use of the Vatican as a financial base, and its ongoing wars of false flag terror, assassination, coups, destabilizations, and mass slaughters of peaceful activists. This isn’t conspiracy theory, it’s fully-verified and inarguable conspiracy fact. And Williams isn’t afraid to name names – despite the thousands of journalists, investigators, cops, magistrates, judges, and others who have been murdered to cover up these crimes.

In this interview we compare the CIA’s narcotics-financed Operation Gladio wave of false-flag “leftist” terror to today’s Gladio B wave of false flag “Muslim” terror; detail the assassinations and overthrows of recent popes and other criminal potentates; and explain how this freemasonry-based organized crime cabal is trying to take over the planet and inaugurate a “New World Order.”

Here is my friend John Duddy’s review of Operation Gladio:

Customer Reviews Operation Gladio: The Unholy Alliance Between The Vatican, The CIA, and The Mafia

Prepare to be stunned. Following World War Two, in business together were the Vatican, the CIA and the Mafia. Pope Pius X11 and friends created the Vatican Bank and started laundering drug money for the CIA. Lucky Luciano and the Sicilian Mafia helped the evolving CIA to create a huge money laundering scheme to pay for terrorist attacks that plagued Europe for many years, killing and wounding thousands to prevent leftists from taking over governments. The Vatican Bank provided funds for CIA to help overthrow leaders and social movements in many countries of Europe and Latin America etc. Imagine, the Australian government ousted in a coup.

The mess we find ourselves in today can be partly explained by this on-going conspiracy. And the damage continues well into the new century. The author is Catholic; he pulls no punches about the cover-up of pedophile clergy; he is not thrilled by the elevation of John Paul the Second to sainthood.

Prepare to be stunned.

Which country is the top terrorist country in the world?

Who are the top drug dealers in the world?

This book is a top notch read, with footnotes and index. Great work Paul L. Williams.