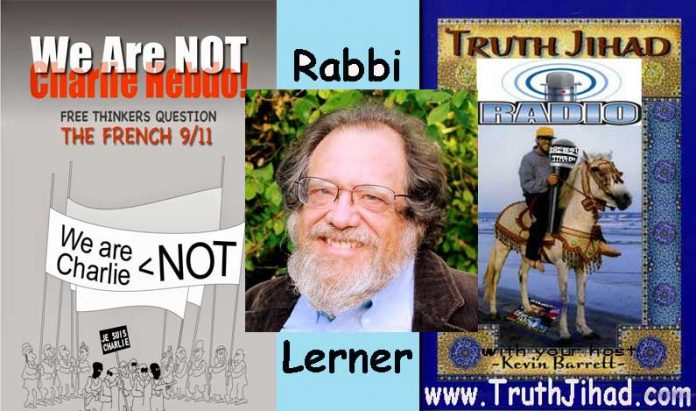 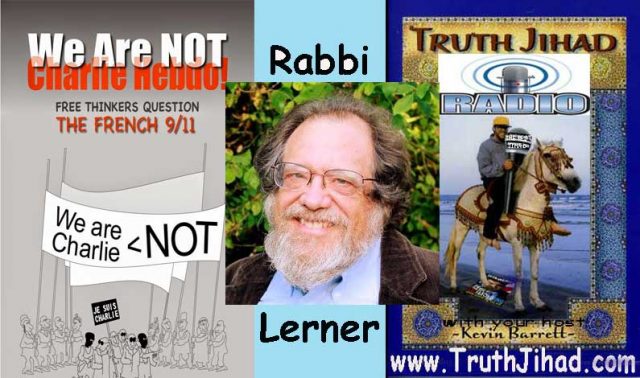 Great new show concept: A Muslim and a rabbi get together to praise the Pope!

“Pope Francis’ Laudato Si plea for environmental sanity and a serious recommitment to the Bible’s call for humanity to be stewards of this planet earth just might make a huge difference by puncturing through the emotional depression that keeps most of the people of the earth paralyzed in face of the growing crisis. You don’t have to be religious or Catholic to join us in supporting the direction he outlines in his important call.”

Despite a few holes in the Pope’s encyclical – he doesn’t really discuss the usurious banking system, deep state, or military-industrial-intelligence complex – I agree with Rabbi Lerner that Pope Francis’s latest message to the world could help save it.

At the end of the show, Rabbi Lerner expresses skepticism about the official story of 9/11, but says he isn’t yet persuaded that the same concerns apply to the Charlie Hebdo events of last January. I hope to speak with him when I’m in Berkeley on my Charlie Hebdo book tour and convince him to take a harder look at the book he contributed to!

(See my earlier article on how Rabbi Lerner was ambushed by the Jewish Chronicle for contributing to We Are NOT Charlie Hebdo.)